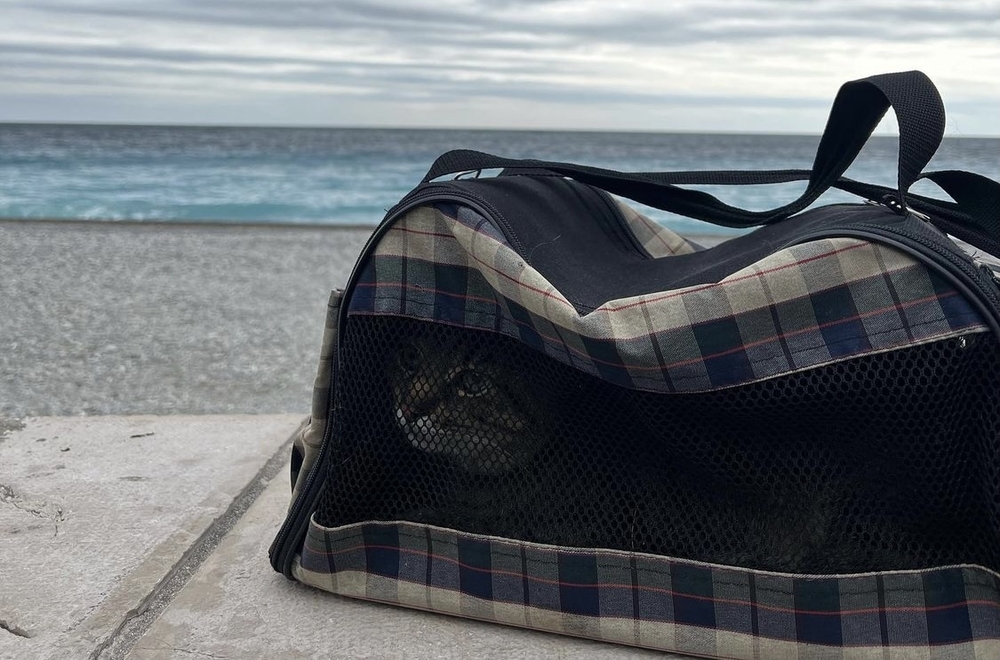 The world continues to deal with the devastating war that Russia has waged on Ukraine. While no amount of money can make up for lives and homes lost or families pulled apart, some of the global responses have been uplifting to read about. Celebrities like Mila Kunis are using their star power for good, and big companies like Epic Games are raising millions. A much smaller creator is using his platform to raise awareness, too, and it’s not what you’d expect. A famous Tik Tok cat is raising money for Ukraine, and Stepan’s story is incredible.

Stepan is, at first glance, a pretty average cat. He’s got big eyes that will stare into your soul and ears that can sense trouble. Like many loving pet owners, Stefan’s owner, Anna, started to post photos and videos of Stepan online to share the love. This cat quickly went viral on Tik Tok for videos of him sitting at the table, looking like a gentleman, with a fun drink and funky lights. The account, user548075332261, has posted plenty of these videos and each one has been more fun than the last. They have 1.1 million followers on Tik Tok and 1.2 million on Instagram.

Fans were aware that Anna and Stepan lived in Ukraine. So, when the account didn’t post for over a week near the beginning of March, we couldn’t help but feel worried. Anna would later update the world about what has happened with her and Stepan on Instagram, and it all started on February 24th with an attack and shelling of Kharkiv, which they called home.

Anna went on to detail how houses were attacked and burned around them. Eventually, they had no decision but to leave the city. They made their way to Poland, where the World Influencers and Bloggers Association from Monaco helped them move further. They are now safe and in France.

How Is Stepan, A Tik Tok Cat, Raising Money For Ukraine?

Plenty of followers started asking Anna if they needed any financial support during the difficult time. Other accounts reportedly posed as the cat and mom pair, asking for donations that would never be sent their way. Instead of collecting money for themselves, Anna posted an email account to send money to via PayPal that would be used for charities. The account is being managed by the World Influencers and Bloggers Association, as well as the Zagoriy Foundation.

To date, Anna’s call to action has raised more than $10,000 for those affected by what is happening in Ukraine. The money that they have received is being donated to 5 individual organizations. All of them are dedicated to helping animals, and many of them have directed their help to help animals and families with animals who are escaping the ongoing war in Ukraine.

Visit Stepan’s Instagram to find out where to donate to support Stepan and Anna’s mission. 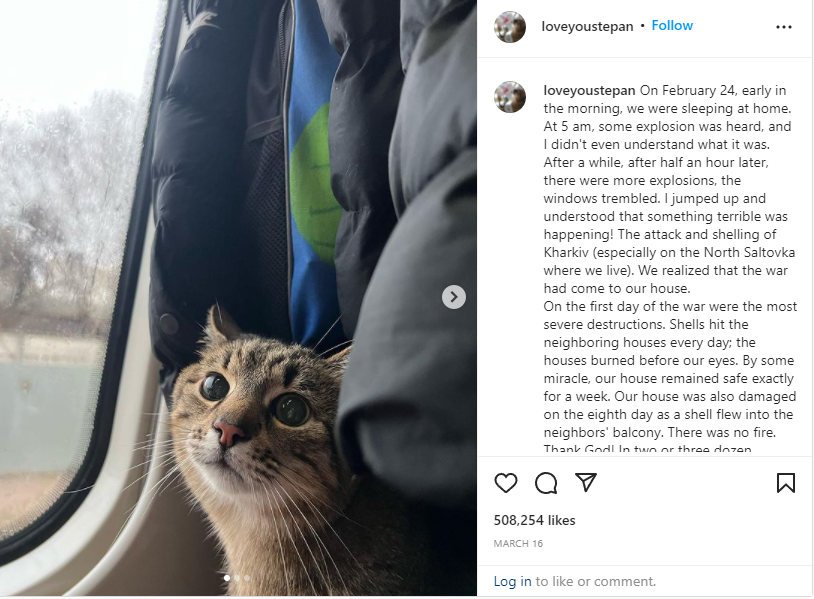 Anybody can find a following online, but it takes a kind heart to use your virtual fame for good. We never thought we’d see a Tik Tok cat raising money for Ukraine, but the world is full of incredible people and pets like Stepan, and we aren’t surprised in the least that this viral furry friend is doing something good for the world.

Readers, let us know of other online acts of greatness you have seen recently. There are lots of givers out there, and we want to find them!