The Russo Brothers And Eternals' Scriptwriters Team Up 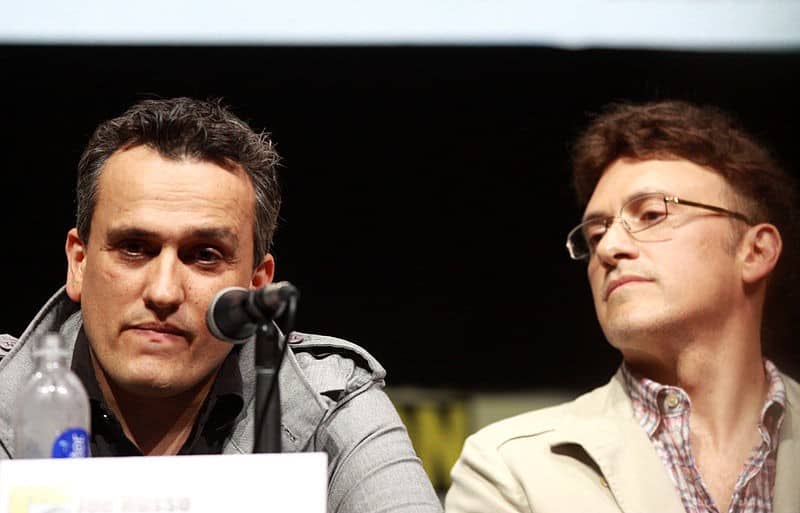 Producers and film directors, the Russo brothers, teamed up with the Eternals scriptwriters to work on the remake of the classic Butch Cassidy and the Sundance Kid. The film is one of the most iconic western productions ever made. It tells the story of two bank robbers who, due to circumstances, manage to change their lives. This production had disappeared from the Hollywood map, or so we thought, until the Russo brothers decided to bring it back.

They have decided to remake this film and turn it into a series for Amazon Prime Video. The directors of Avengers: Infinity War and The Gray Man brought in the screenwriters for Eternals. We are referring to Kaz and Ryan Firpo, who are also in charge of writing the script for this series.

Butch Cassidy and the Sundance Kid will premiere on Amazon Prime Video. If successful, the Russo brothers will make a franchise out of it with more seasons and perhaps a new movie.

The Russo Brothers and the Writers of Eternals Team Up

Two teams are joining forces to remake Butch Cassidy and the Sundance Kid. The first is the Russo brothers, who worked with Marvel for quite some time directing films like Captain America: The Winter Soldier and Avengers: Endgame. They recently parted ways with Marvel and formed a production company of their own. The other team joining this production are writers Kaz and Ryan Firpo. They wrote the script for Eternals in 2021. Kaz and Ryan Firpo also worked on the documentary Refuge, which won an award for Best Documentary at the Santa Barbara International Film Festival.

Both teams were part of Marvel’s development group for a while. However, during their time in this company, they didn’t coincide. Now, the Russo brothers have stated they will be the producers of this series while Kaz and Ryan Firpo write. Moreover, they have not confirmed who will be directing this remake series, which opens up the possibility that they will get outside directors rather than being in the chair themselves.

Given their repertoire’s successes, it wouldn’t be a surprise if they were to direct it. The Russo brothers are the faces behind movies like Captain America: Civil War, Extraction, and shows like Arrested Development. This combination of recognized screenwriters and directors could indicate that this Amazon Prime Video series will be a real sensation.

Butch Cassidy and the Sundance Kid gets a Remake Series

This movie was born in 1969, produced by 20th Century Fox, written by William Goldman, and directed by George Roy Hill. It tells the story of two bank robbers named Butch Cassidy (Played by Paul Newman) and the Sundance Kid (Played by Robert Redford). They would rob banks and trains until they disintegrated. They would unite again to help a teacher, forming a loving trio of bandits.

The Western will become the new Russo brothers series, titled simply Butch and Sundance. Because this product is in the early stages of development, there aren’t many details. Butch and Sundance will be the first production of the Russo to revive the 1969 film. They hope it will not be the only one, as they want to promote it and turn it into a franchise within Amazon.

As for the cast, the actors who represent Cassidy and Sundance will be Regé-Jean Page and Glen Powell, who replace Paul Newman and Robert Redford. Powell and Page both have participated in renowned films. Page starred in the famous Netflix series Bridgerton. Powell, on the other hand, participated in the hit movie Top Gun: Maverick.

The official announcement came from AGBO’s official Twitter account, which posted several images of the stars and writers with the hashtag #ButchAndSundance. This series currently has no premiere date, although it will be on Amazon’s streaming platform.

We are thrilled and honored to be working with the talented duo that is Kaz and Ryan Firpo !! #ButchAndSundance pic.twitter.com/S2n0in8i4z

Are you excited to see what the Russo brothers can make of this product? Tell us in the comments.