Home » Pop Culture » The CBS And Viacom Merger: Is This The Studios’ Solution For The Perceived Netflix Threat?

The CBS And Viacom Merger: Is This The Studios’ Solution For The Perceived Netflix Threat?

Netflix has been dominating the streaming content market. So much so that they’re giving most other content providers a run for their money. But a new merger between CBS and Viacom may be an indication of how major studios and content providers are combatting the Netflix threat.

CBS and Viacom were one company before 2005. The company decided to split its assets into two separate companies. This was due to Viacom’s potential for success and the fledgling CBS brand. However, cut to 2019 and CBS has been incredibly successful with its Television content. The network boasts of some of TV biggest hits like The Big Bang Theory and Star Trek: Discovery.

Newly dubbed as ViacomCBS, they are not the first major production or broadcast company that have joined forces recently. Many other massive mergers have happened this year alone, between some pretty large studios. And all of them poised to expand into the all-elusive steaming market.

These mergers can have many different repercussions for the entertainment industry.

Merging Into One And Streaming Ahead

Firstly, the CBS and Viacom merger is not the first time that two massive entertainment heavyweights have come together. The largest merger was Disney’s acquisition of Fox, which united the Marvel Comics properties under one banner. There was also the Warner Bros. and AT&T merger, the repercussions of which are still being outlined and rolled out.

With the many changes in staffing, priorities and other complex corporate arrangements, these mergers also have one thing in common. Every content provider mentioned above is making a huge push into the streaming market in the next coming months. And you can bet that it’s part of a direct market response to the current disrupter to the conventional model of entertainment in the industry, Netflix.

All the aforementioned companies are pushing heavily into the streaming app and original content space. A space that is currently more or less dominated by Netflix. The Disney+ service will be available soon with brand new original Marvel, Star Wars, Disney and Pixar content available from day one. Warner Bros. will have their unified app with HBO Max that brings together content from all their brands of DC Comics, HBO and many more. So it’s no wonder that CBS and Viacom decided to combine forces to throw their hat into this ring as well.

CBS currently has their streaming service with CBS All Access. The service launched two years ago only has one original show in Star Trek: Discovery. Viacom, which houses Paramount Pictures, Nickelodeon, MTV andBET, have their streaming services. Not to mention their many different sports brands as well. It’s still too early to say if any of these services will retain their apps, or if they will get absorbed into the (now) flagship CBS All Access.

These moves by these major players seem like an attempt to combat the Netflix model of original programming, streamed to audiences worldwide simultaneously. However, before the new ViacomCBS can play in this market, they need content. And this merger brings some pretty interesting franchises under their banner.

All Star Trek All The Time

The intellectual property that is inherited with the CBS and Viacom merger is what’s most appealing to fans. Star Trek has been CBS’ biggest franchise to date. During the split back in 2005, CBS Television retained all the television rights of Star Trek, while Viacom, through Paramount Pictures had all of the film rights.

This separation is what led J. J. Abrams to reboot Star Trek in 2009, with a timeline that was completely separate from the established Star Trek universe. Since they couldn’t use the characters from the TV shows for the movies, Abrams created an entirely alternate universe. However, with the new merger, all of them are now under the same house.

CBS’s resurgence can also be largely owed to Star Trek: Discovery, which is established in the original timeline. The same timeline as that of Star Trek: The Original Series. The stories taking place in Discovery are very close in proximation to those of TOS, with even a new Spock featuring in Season 2.

With both film and TV rights under the same roof, it opens the door for characters and actors from the movies to appear in the shows, and vice versa. Discovery could even get their movie in the future, depending on how the series plays out.

Trekking Into The Movies

Things on the Star Trek movie front haven’t been too promising before this deal. The last movie, Star Trek Beyond saw less than stellar critical response. A sequel attempted to bring back Chris Hemsworth to share screen space with his reel life son Chris Pine’s character. Those plans quickly derailed due to negotiations breaking down.

Then there’s also the Star Trek movie that Quentin Tarantino wants to write and / or direct. However, no actual confirmation has come on any of these developments. Which in hindsight now, is not surprising given that everyone must have been waiting for the merger to finalize before moving ahead with any new Star Trek films.

Back on the TV Front, CBS has already greenly and began production on many more Star Trek content. Patrick Stewart will feature in a new series titled Picard. The show will continue the story of the character from Star Trek: The Next Generation. An animated comedy show called Star Trek: Lower Decks has also been ordered by CBS for two seasons. The show is said to be a lighter and more adult, look at the miscellaneous crew of a starship. Both new Star Trek shows are set to premiere on CBS All Access.

Along with Star Trek, the merger also brings over the film and TV rights to the Mission Impossible, Transformers, and Paranormal Activity franchises. Which gives the new ViacomCBS ample intellectual property to build more original content to drive to the streaming service.

Mission Impossible itself began as a TV show by CBS Television, before the massive hit movie franchise it is today. An Impossible Mission Force (IMF) TV series has long been in development as a possible TV venture for the franchise. The Transformers franchise is also currently in a state of flux with the last film, Bumblebee being a reboot of sorts.

With the new merger seeing all kinds of new franchises under one banner, ViacomCBS will be able to corner a certain market with their new streaming push. Once the streaming licenses for their Star Trek properties and movies that are currently on Netflix expire, they’ll have the whole franchise under one app.

Add to this any potentially new series and films created under the one banner, either for theatrical or streaming release and ViacomCBS may be able to hold its own among the other new streaming services, as well as Netflix itself.

Time will only tell if any of these business and creative moves will affect Netflix’s value or demographic at all.

What do you think of the CBS and Viacom merger? Let us know in the comments below. 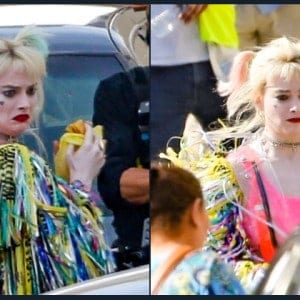 The Turning Review: I Am Doll Parts

Jexi Movie Review: What If ‘Her’ Were a Comedy?

Peter Sarsgaard Joins Cast of the Batman as (Maybe) Two-Face!