Star Wars Minecraft DLC is Landing on Consoles and PC 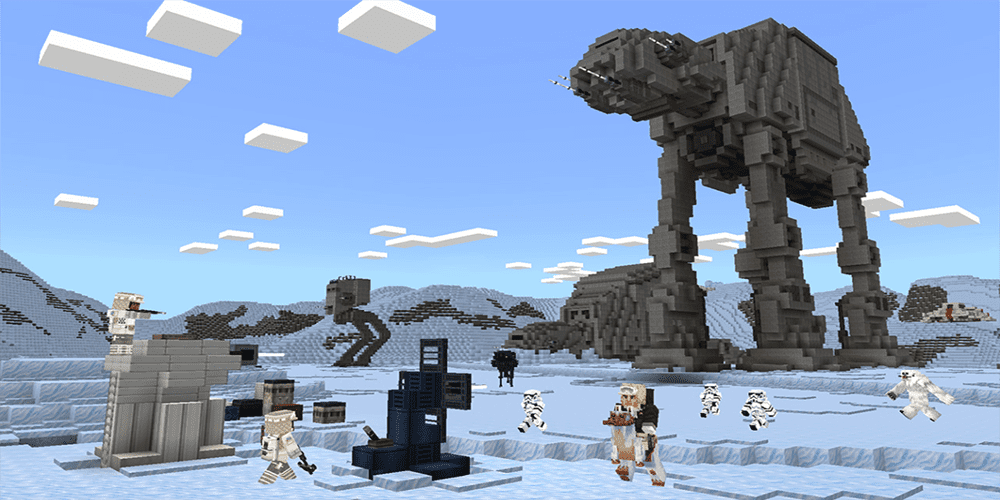 There are a ton of DLC packs on Minecraft. Like a ton, ton. I haven’t played around with many of them, but they’re always a fun way to mix up the gameplay experience. Firstly, I’ll say this: Minecraft and Microsoft go all-in when working on new skins or textures for the game. The latest example is the new Star Wars Minecraft DLC coming to consoles and PC. When you look at the detail and depth of these new additions, any Star Wars fan is going to want to make the purchase. If you’re wondering what these skins and DLC actually do, then let’s explore that a bit before previewing the new bundle.

What Does Minecraft DLC Actually Do?

Obviously, DLC across games means different things. In Minecraft‘s case, you obtain the textures, character skins, and items of a particular theme through DLC. A great example of this is their Super Mario pack released for free to Nintendo Switch players. In this DLC pack, players could become Mario or Luigi, attack Goombas, and warp down pipes. The game looks totally different with this DLC pack enabled. It’s not necessarily like playing a real Mario game, but it’s a bridge between the Mushroom Kingdom and Minecraft. There are seriously a ton of these for different themes and IPs in the game. Many others that are popular include things like Egyptian decor and pyramids or even pirate themes.

It’s a lot of fun to mix up the world of Minecraft, especially with friends. While I wouldn’t necessarily recommend doing it if you’re a beginner to the game, it’s a fun way to keep the experience fresh after hours and hours of playing. So, we know we’re getting DLC from a galaxy far, far away. What’s going to be included? 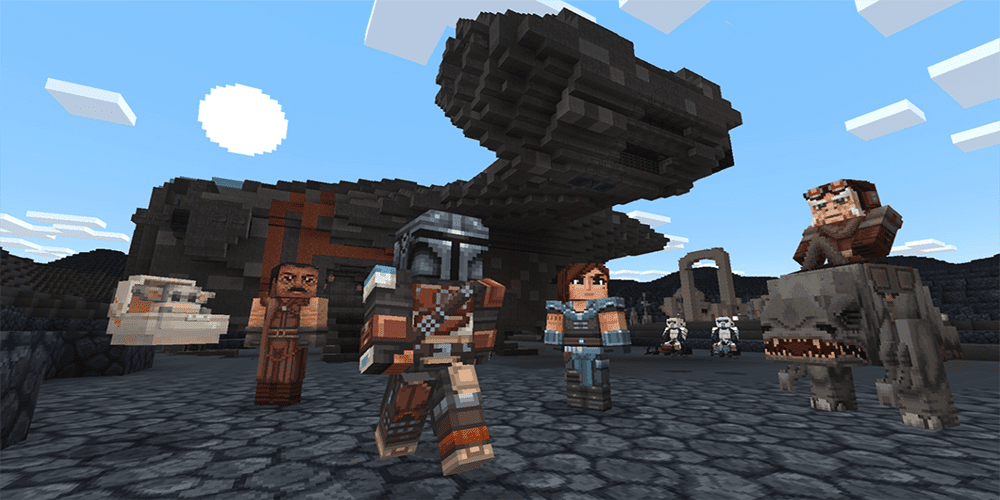 I’m not one to download a ton of DLC for this game, but the announcement of Star Wars content has me sold. The pack coming to the Minecraft Marketplace covers a ton of content. Featured films and shows include A New Hope, The Empire Strikes Back, Return of the Jedi, and The Mandalorian. All in all, players will have access to 12 different planet dioramas, which make it feel like you’re playing on a planet from the universe. This DLC also includes a map, a skin pack, a full bespoke texture set, mobs, and items reskins, UI treatment, and even a licensed soundtrack. It’s a wild amount of content that any Star Wars fan will love.

I’m especially excited to see the AT-ATs in block-mode. It’s sort of like getting to dive into a LEGO world you can explore yourself. In the trailer below, you can see the twin suns of one of the most iconic planets in Star Wars: Tatooine and that alone is enough to get me to pull out my wallet. The realism of the character skins is the only thing that made me do a double take. The faces are extremely detailed! It’s cool and also a bit unsettling. Either way, I always fall into a Minecraft hole this time of year when the weather cools. It’s a great “hunker down and bundle up” kinda game. No doubt that the Star Wars world will be where many of my adventures take place this winter.

The DLC pack is out now for $7.99 to own all of the new content. Do you think you’ll buy the new Star Wars Minecraft DLC? If so, then let us know what has you most excited in the comments! I’m personally grabbing a Baby Yoda character and running around the galaxy. Thanks for reading Comic Years for all things gaming, comics, and pop culture!

The Lego Star Wars Holiday Special On Disney+ Is A Delightful Family Story For The Holidays
Zack Snyder Releases Black And White Teaser For Justice League: Director’s Cut And The Hype Returns