Spirited Away Stage Play Looks As Magical As The Movie

Hayao Miyazaki, the beloved Japanese animator and creator of such films like My Neighbor Totoro, Howl’s Moving Castle, and Nausicaä of the Valley of the Wind, has created some of the most beautiful stories around humanity’s relationship to war and nature. There’s a museum dedicated to his work in the western part of Tokyo and a theme park dedicated to his animation studio, Studio Ghibli, is set to open this fall. A play dedicated to his Academy Award-winning film, Spirited Away, started performances last month and recently, pictures from the performance were shared on social media. While the majority of us can’t hop on a plane to Japan right now, the photos of the Spirited Away stage play gave us a taste of the show. Check out the photos of Spirited Away at the Toho Imperial Theatre below!

What Does The Spirited Away Stage Play Look Like? 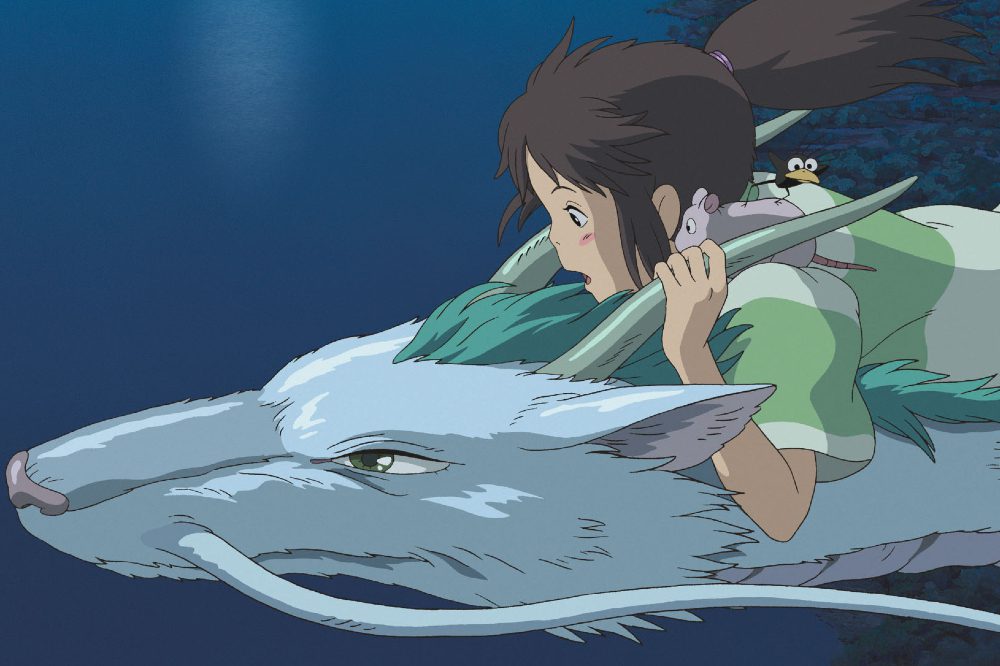 While Miyazaki has numerous films that could translate well to a live action stage play, Toho Co., Ltd., a Japanese film, theater production and distribution company, decided to go with Spirited Away to celebrate their 90th anniversary. The movie focuses on 10-year-old Chihiro, who stumbles upon a magical amusement park with her parents. Chihiro’s mother and father are turned into giant pigs and she learns from a mysterious river spirit named Haku that the amusement park is actually a resort for supernatural beings who need a break from their time spent on Earth. In order to free herself and her parents, Chihiro has to work at the resort.

In the stage play, many of the characters are double cast. Chihiro is played by Kanna Hashimoto, in her stage debut, and Mone Kamishiraishi. Haku is portrayed by both Kotaro Daigo and Hiroki Miura, and the actresses behind Yubaba and Zeniba, the twin witches, are Romi Park and Mari Natsuki, the latter of whom also voiced the characters in the original film. John Caird, who is a Tony and Olivier Award-winning director from the Royal Shakespeare Company for Les Misérables, came on board and he worked closely with Toby Olié, who acted as the Puppetry Designer and Director. In a statement, Miyazaki’s longtime producer partner Toshio Suzuki fully supported the project, saying, “We, Hayao and I, both liked John’s vision; he is a person we can trust.” Caird also shared his enthusiasm for the Studio Ghibli stage play, saying:

“I am very excited and honored to be involved in the first stage play of Spirited Away. For a long time, Hayao Miyazaki has been considered an outstanding genius in the film world and the greatest advocate in the field of animation. I am in tune with all the main themes of Miyazaki’s work. I’ve already spent thousands of hours on Spirited Away and I can’t wait to spend thousands of hours in the future.”

The play showcases gorgeous puppetry and appears to include famous scenes from the movie, like Chihiro riding on the bus with No-Face. Olié shared some photos of his work via his Twitter account, which you can see below:

First look: Spirited Away on stage

Adapting the limitless imagination of Hayao Miyazaki’s iconic animation for the stage was both a monumental joy & challenge.

Here are even more images of #SpiritedAway at Tokyo’s Imperial Theatre.

Thank you for all of the kinds words, likes & shares of my previous tweet.

I’m so happy people are liking our interpretations of such well loved characters 😅https://t.co/rLGZRBzamN#千と千尋の神隠し pic.twitter.com/GjDdeSvCWL

You can see more photos from Olié here. There are some plans to bring the play to other parts of Asia and Europe, but whether it will come to the United States is yet to be seen.

Spirited Away is showing at the Toho Imperial Theatre through March 29 and then it will tour through Japan through July.

What did you think of the photos from the Studio Ghibli stage play? Do they seem to capture the spirit of the original animated film? Let us know in the comments below!

Pop CultureTV Shows
Obi-Wan Series To Begin Filming In Early 2021, But Is It A Sure Thing?

During an interview set up by Ace Universe, Ewan McGregor offered up a detail about when the much-awaited Obi-Wan Kenobi series will begin filming. As part of an answer about the work he’s been doing, […]

One thing to love about Star Wars: the neverending news. If there isn’t a new show or book, then someone will say something to get people talking. Case in point: Marcia Lucas said last week that she […]

BY Taylor Bauer September 28, 2021
Pop Culture
The First Look of We Can Be Heroes Is Here, And Sharkboy And Lavagirl Are Back!