Spellbreak Shutting Down – Bought By Blizzard! 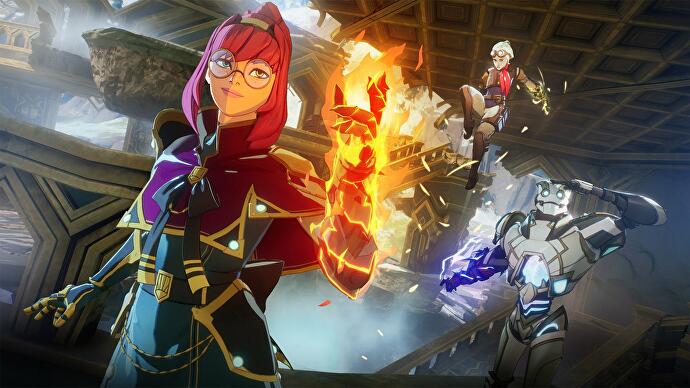 Spellbreak shutting down might be a downer in news for most of its fans. The game had an appealing pitch. It was a battle royale, like Fortnite. But, every player takes on the role of a wizard.

It was fast-paced and fun. Players could use spells, loft into the air, and more. The visuals were also fantastic. Players could be walking around, just to see walls of flame or lightning fly about.

It was an interesting twist to the battle royale genre. And, it attracted millions of players with its innovative approach. It also helped that the rounds were faster than Fortnite’s. As such, more time went into fighting other players.

All in all, it was an amusing title that amused countless players worldwide. But, as Polygon reports, the Blizzard acquired the studio.

That would put a stop to the game’s development. But, it might be a promising endeavor for its developers.

A heartbreaking goodbye for fans of Spellbreak

The news came via an official blog post by the developer. The post read that they made the decision to end development. That came after four years of gameplay and constant updates to the title.

The game will still run until early 2023. The post also thanks the millions of followers that made up the player base.

The developer’s vision was to create a fresh multiplayer title. The idea was to merge movement, action, customization, and spellcasting. Players would get the chance to unleash their inner battlemage.

The developers also thanked players for exploring the experience they created. They stated that Spellbreak was an ambitious venture. Thus, it made the team push new boundaries in game development.

So, that’s something that excites the developer. They expect to apply what they learned in their upcoming titles.

The post closes with a “thank you” for the support and dedication of fans. They state that it was a driving force behind the game’s development.

What are we missing with Spellbreak shutting down?

Unfortunately, it’s quite a big loss for players around the world. The game mixed different elements to create a unique experience.

Players got to each match to experience a lot of fun. It included the general looting phase. So, players would scavenge for gear and different powers. In this game, it was elemental gauntlets with diverse spells.

The game focused on elemental magic. Players could wield its effects and use it in combat with others. The results were quite flashy. Players could summon electrical tornadoes. Others could use toxic gas and set it on fire.

They definitely met their vision. They managed to create a unique experience for its fans. And, the gameplay was like nothing else. The battles were flashy and intricate. And, players could unleash fantastic combos that could blow your mind.

But, there was an inner cause behind Spellbreak shutting down. As it turns out, Blizzard was buying the company. Not only that, but it had already relocated the 100 people staff.

The studio would now work full-time on World of Warcraft.

They’d be working on the Dragonflight expansion. It was announced in April. But, it doesn’t have a release date yet. But, this acquisition is Blizzard’s largest in the past decade.

Fans were quick to point out possible problems with Proletariat, the developer. Some stated that it was a desperate move. After all, Blizzard has been under constant fire from the media lately.

So, what could’ve motivated Proletariat to sell themselves to Blizzard? Only they know. But, we’re excited to see what they can do with World of Warcraft.