Secret Identity Novel by Alex Segura: When Comics Were Dying And NY Was Fear City

If you look for books about comic book history, then you can find a lot out there. However, most of them are non-fiction–actual accounts of the history of the industry. If you’re looking for fiction, a story that lives in the comic book world, then the pickings are much slimmer. One notable exception, of course, is Michael Chabon’s The Amazing Adventures of Kavalier and Clay. And with his mystery novel Secret Identity, Alex Segura joins the (admittedly small) ranks.

Picture it: New York City, 1975. When we meet protagonist Carmen Valdez, she’s working at Triumph, a small comic book publisher in the city. Her official position is as the boss’s secretary, but she has much bigger dreams. She wants to write a comic herself.

The daughter of Cuban emigres, Carmen not only used comic books to help her learn English, but also to bond with her dad. Every month, he’d walk with her to the store to buy a new comic book. They’re estranged now, which adds to the fish out of water feeling Carmen has as a transplant from Miami. It also doesn’t help that she doesn’t really have any friends in the city.

The closest thing she has is her roommate, with whom she hangs out sometimes, and the coworkers she barely knows. Of course, this being the 70s comic industry, there aren’t a lot of women in the business. Carmen appears, for example, to be the only one working at Triumph Comics.

As women aren’t exactly plentiful, that obviously means that there aren’t a lot of female writers–no Gail Simones or Kelly Sue DeConnicks here. So when Carmen gets the opportunity to contribute, she takes it. After all, her boss, Jeffrey Carlyle, shrugs her off every time she tries to pitch him. Her coworker, Harvey Stern, though, has a shot at creating a new character.

When Carmen brings him her ideas–enough to fill six books–he turns them into the adventures of the Legendary Lynx. Sure, Carmen’s name is nowhere in the credits, but there’s time to reveal her involvement. However, someone then murders Harvey. After that, Carmen wants not only to figure out who killed him, but also take back her creation.

With Secret Identity, Alex Segura Also Shows Us an Industry and City on the Brink

For some readers, especially younger readers, the biggest mystery in Secret Identity might be the state of the comic book industry. By the mid-70s, the business of comic books looked like it was dying. I know that it seems hard to imagine nowadays. Comic books sell well enough these days, but as we know, comic movies dominate the box office.

But again, this wasn’t always so. The 1970s were the so-called Bronze Age of comics, and that name is fitting. With sales declining, it seemed as if comics would be passing into entertainment history, like vaudeville or radio dramas. The titans of the industry, the big name writer/creators, had either retired or moved into management.

Unsurprisingly then, comic companies floundered, trying to find new direction. In 1978, for instance, DC would have its “Implosion,” in which it unceremoniously killed 31 titles. Meanwhile, at Marvel, former editor-in-chief Jim Shooter later wrote, “It seemed like the company as a whole was in a death spiral.”

image via the “Council for Public Safety”

This is part of the backdrop in which we find Carmen, our main character. The other part is New York in the 70s. The comic industry might have seemed grim, but it was nothing compared to the state of the city in those days.

For one thing, the American economy was in shambles. (Can’t relate.) As an American city, NYC was not immune. Suburban flight, for example, meant the loss of a lot of tax revenue. City leaders then struggled to pay even their basic expenses, never mind all the public services the burg provides. All totaled, NYC was in debt to the tune of over $11 billion. Yes, that is with a b.

Of course, the hard times also affected individual residents. And what often comes with economic desperation? Crime. If there’s one thing that New York was known for in the 70s, besides corruption and a financial crisis, then it was widespread crime. It became so bad, in fact, that police officers distributed a pamphlet at area airports called “WELCOME TO FEAR CITY.”

Forget Broadway shows or whatever else visitors do. You’d be lucky to get out alive, the pamphlet warned. It included cheery tips like don’t go out at night and don’t walk anywhere. But ideally, “stay away from New York City if you possibly can.”

In Carmen’s World: A Review and Discussion of the Book

As foreboding as this all seems, it was one of the elements of the novel Secret Identity that I found most charming. That’s because it reminded me of my dear friend Chris Charucki. He came of age in this world, becoming a teenager in 1970s New York. He also loved comics, especially Spider-Man. And while he’d spent decades in San Francisco, he still loved his hometown.

Charucki on the left with Cause for Alarm, image via The New York Hardcore Chronicles Page

When I traveled to New York City for the first time, he was essentially my guide. The city I saw was markedly different from the New York of the 70s, of course, but he and his memories made it come alive for me. Some of the places we frequented, like Odessa, are already gone. That’s just the nature of the city. Charucki, too, is gone now. That’s just the nature of life.

So that was the part of the book that worked best for me: the world-building. It’s fun to immerse ourselves in the 70s comic industry, especially since we know that things can (and will) only get better. And speaking of fun, the decision to include panels of the Lynx stories within the book is a good one. Not only do they complement the main plot, but they’re evocative of their contemporaries.

I do wish, however, that there had been more details about the making of the Lynx story itself. Carmen basically blinks and has six scripts. The brief shot we get of her and Harvey creating the character just wasn’t enough for me.

Further, the actual mystery in Secret Identity also fell a little flat in my experience. As we meet the various characters, Harvey’s murderer seemed obvious. I wish it had been more of a surprise. In addition, the Katrina subplot didn’t work as well as I would have liked.

I understand she serves as a femme fatale, as Secret Identity is also Alex Segura’s take on a noir story. However, too often she just felt like a distraction from the more interesting main story. Still, though, Carmen is a fully-realized character portrait and the novel Secret Identity is worth a read. 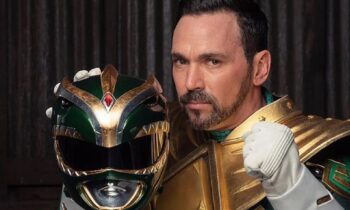 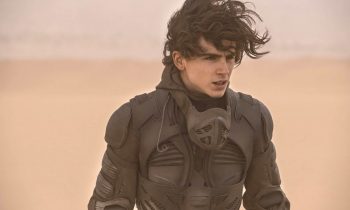