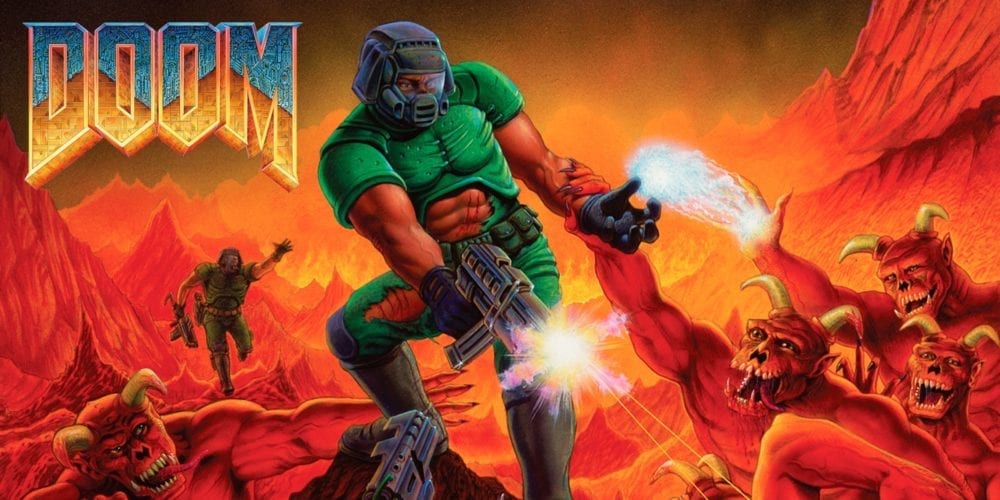 A Limited Run Games Doom Trilogy release is coming! This Friday, fans of the hellish shooter will get a chance to own the original three games in physical form for Switch and PS4. Best of all, a Collector’s Edition includes some insane bonus items. If you’re a fan of the newer Doom games but haven’t gone back to play the classics, then this is your best shot at owning them in a really cool way. Here’s what’s included in the upcoming release. 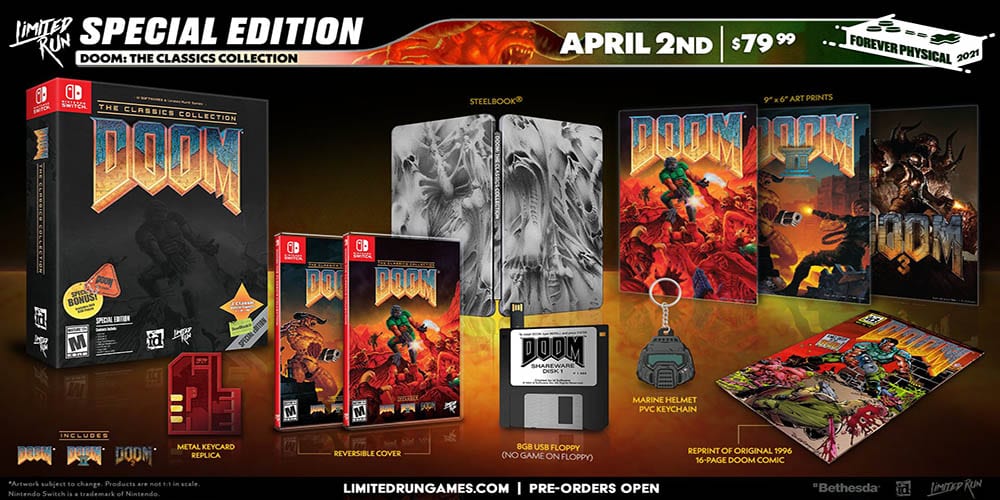 In a new announcement from Limited Run Games, the first three games that kicked off the iconic Doom series will see a physical release for the Nintendo Switch and PS4. If you’re a diehard collector, then this seems like a must-have. Titled DOOM – The Classics Collection, a physical cartridge requiring no downloads will be included in the package for the Switch. For the PS4, you’ll get a game disk with no downloads needed. The game box includes a full-color manual and reversible cover art with an MSRP of $39.99

A collector’s edition includes quite a bit of extra for $79.99, including:

DOOM – The Classics Collection will be available on Friday, April 2nd at 10 AM Eastern Time. The latest release in the series, Doom Eternal, was one of our 2020 Game of the Year contenders. Let us know if you plan on picking this limited release in the comments!