How Cons and Other Event Cancellations Are Hurting Creators 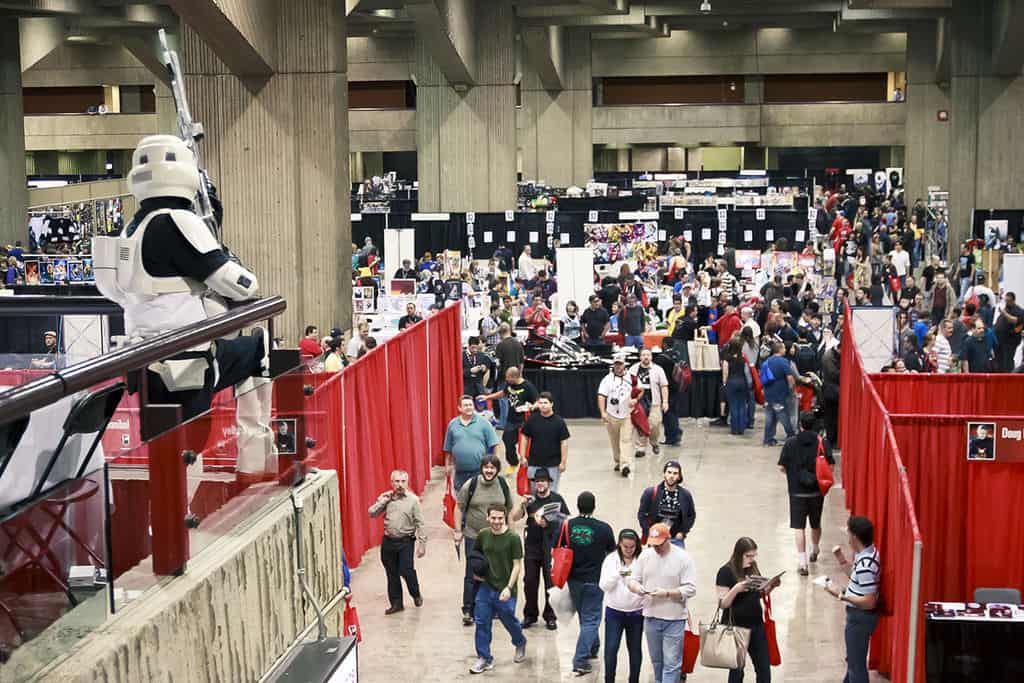 I think it’s safe to say we’ve all been impacted by something related to the COVID-19 virus. Many of us have been forced to stay home from work or school.  Others have had some major events canceled or postponed. It’s a rough time out there. Unfortunately for many content creators, this is a time of year that’s filled with events and opportunities to promote their work in a big space. One of the more recent events to be canceled was Toronto Comiccon. I spoke with two artists, Angela O’Hara and Derek Laufman, who had planned on using the con as a space to show their work. So, let’s see what they had to say about how event cancellations related to coronavirus are hurting creators.

How Artists Prepare For Event Cancellations Amongst Coronavirus Concerns

I asked both Angela and Derek to walk me through the process of learning that such a major event had been canceled. Both were almost certain that it would be canceled before the official announcement was made. This was especially true after events like the Emerald City Comic Con and others had already been postponed. Though, it was still pretty surprising just how fast everything hit. Little more than a week ago, Angela was “fully expecting to attend”. She was excitedly planning her displays and merch. Derek had planned an entire trip for his wife and two young children, planning to spend their March Break in Toronto. The convention was meant to fall at the end of their trip.

By the time the event was officially canceled, Angela had already began planning not to attend over fears of “contracting and spreading the virus”. It was such a big concern that she considered not attending even if costs weren’t refunded. Fortunately for her, the event was canceled, and she was relieved. Derek and his family also made the tough decision to cancel their trip and informed the event coordinator of his decision to pull out as a guest. The event was officially canceled the next day.

News of the cancellation and refund options were sent out to guests like Derek and exhibitors like Angela immediately. There is the option of a full refund. Creators can also transfer booth fees to the 2021 Toronto Comicon, or to the city’s summer Fan Expo event. Fortunately, both creators were able to recoup their fees. Angela was able to get back all her travel costs, saying that she’s “grateful to the companies that relaxed their refund policies to help people out”.  Derek also managed to be refunded for his train and hotel costs. He says that “the service industry has gone out of its way to be accomodating under the circumstances”. So, regardless of how unfortunate the cancellations have been, we’re thankful that places everywhere have been helpful! 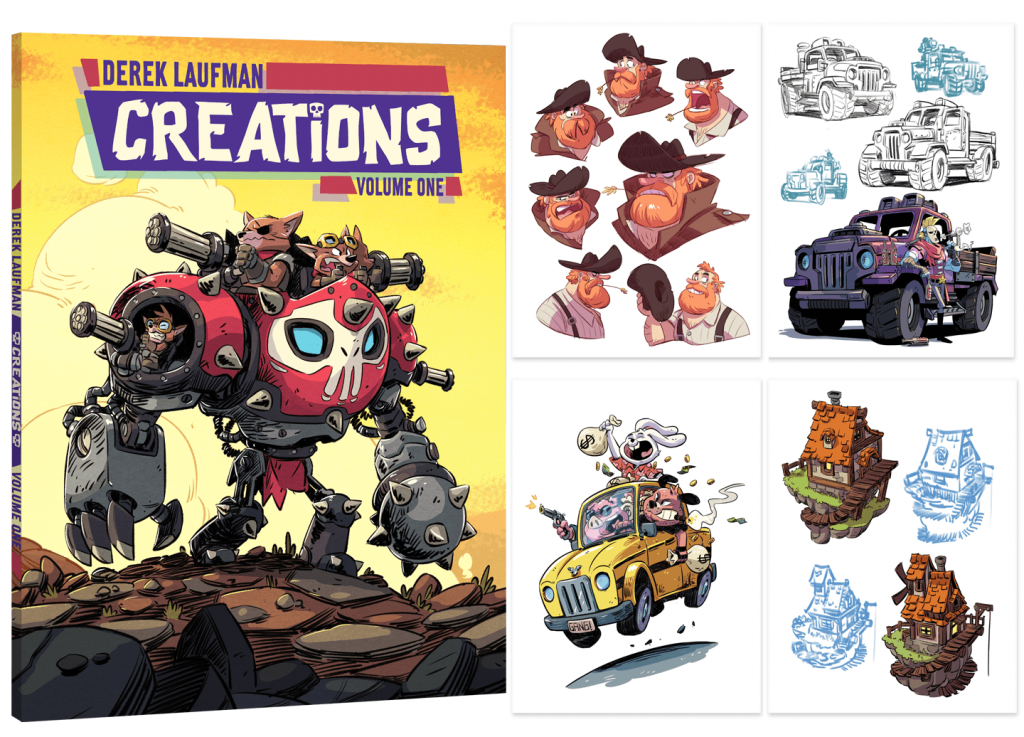 Deciding How To Proceed

Angela had already made the decision to attend Fan Expo in the summer and paid in full. So, she took the refund. This will give her more time to re-evaluate her convention schedule for 2021, as she says that she has a “tendency to overload” herself. Derek will also be at Fan Expo and has a few tables booked for Artist Alley. As a guest creator for Toronto Comicon, there was no fee for his table. So, he didn’t need to request a refund.

Despite being given the option of attending Fan Expo, both artists have expressed uncertainty over whether the event will actually happen. News has been changing so quickly that it’s hard to predict the state that the world will be in later this year. Angela is hoping that things have settled in time, especially as she’s planned to attend more events throughout the year. Derek is in the same boat, with 7 different events planned this year alone. Though, he’s preparing for the reality that they might not happen.

How Con Event Cancellations During Coronavirus Pandemic Are Hurting Creators

It can be a huge bummer to hear that an event you’ve been anticipating has been canceled. Though, for artists, it can be even worse. Many artists and creators rely on these events to promote their work. Angela comes from a smaller Ontario city and relies on big events in Toronto. The foot traffic at these events can be wild. Angela loves using this as a chance to connect with people who are interested in her art. She says that it’s “a great feeling when I hear from someone that they were looking for art just like mine”.

Angela had been planning on using this year’s event to show more original work. She’s got plenty of new pieces and promotional materials. One of her most recent works is an original fantasy comic book, The Moonstone Diadem. She’s been trying to drum up more interest for the print edition, which she’ll be selling in a few months. She has also heard from experienced friends that Toronto Comicon is a great place to test out new work and to see what will do well and what won’t in preparation for Fan Expo. While she won’t be able to see as many reactions to the art or her stories, you can still check out the work here.

Derek spoke with me about how crucial these events are in the business as a freelance artist. It’s a big financial impact to lose out on the potential sales that come from showing at cons. He also says that it’s a “chance to grow” his fan base. Derek was planning on promoting his new Kickstarter campaign, and to showcase RuinWorld, his recent graphic novel. He had also been planning on promoting other books, stickers, and prints. Fortunately, you can check out Derek’s Kickstarter campaign, and browse his online shop here. 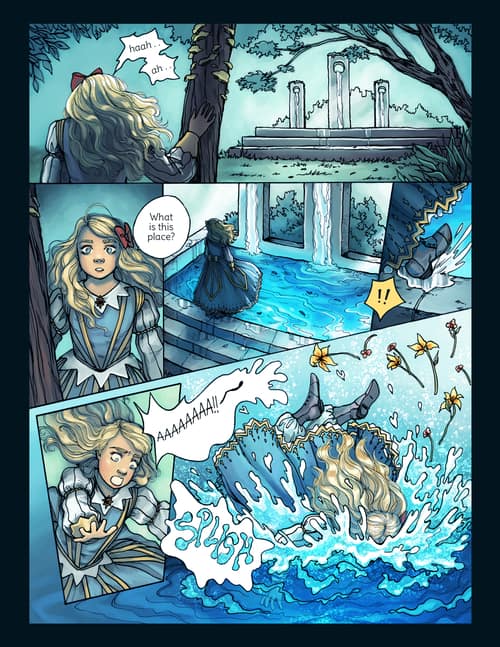 Why We Will Always Love Comic Con Events

With all of the cancellations, it’s easy to forget the magic that these events bring us. They may be canceled this year, but we’re hoping to be able to experience all of the magic in the near future. So, we wanted to focus on all of the positives that cons can bring, both as exhibitors/guests, and as fans. Derek says that he’s always caught by surprise by how nice all of the con-goers are. Reactions to his work will always bring him joy. He says that, while the internet is great for reaching out to people, it’s those in-person reactions that make cons special. No amount of internet likes can re-create having someone express to him how much they or their child has enjoyed his work.

Angela had never been to the Toronto Comicon, but she’s been to her fair share of Fan Expo events. She’s gone as an attendee plenty of times. However, she only started exhibiting a few years ago, even though she’s been making art for a long time. She’s always seen cons as “an amazing motivator” that gives her a big boost of creativity. They help her stay focused on the bigger picture of what she wants to accomplish, and what she needs to do to get there. As a frequent attendee of Fan Expo and Toronto Comicon, I can attest that these events are incredibly motivating, no matter what type of art you create or go to see!

Where Can You Find These Creators Next?

As mentioned, both Derek and Angela are planning to attend Toronto’s Fan Expo Canada. This event will be taking place from August 27th to August 30th, 2020. If you’re interested in finding Derek at any of the other 7 events that he has planned, you can find out more through his website.  Angela is planning to attend the Forest City Comic Con in her hometown of London, Ontario. Our fingers are crossed that things go back to normal in time for these events!

Artists may plan their entire promotional process around big events like cons. They’re a great place to meet people, from fans to other creators. “Half the fun of the con is the energy I get being around such motivated people,” Angela told me. While folks like Derek and Angela may have to miss out on this event due to coronavirus cancellations, we’ll be sure to catch them at the next one.

Readers, how do big event cancellations like cons impact you, whether it’s from coronavirus or something else? We’d be interested to hear your perspectives, whether you’re a fan or a content creator!