A History Of The Golden Globes: “Humble” Beginnings | Comic Years

Home » Pop Culture » A History Of The Golden Globes: The Tale Of A Now Disgraced Awards Ceremony

A History Of The Golden Globes: The Tale Of A Now Disgraced Awards Ceremony

Many of our biggest awards ceremony complaints used to be about the frequent snubbing of our favorite films. Maybe they didn’t get nominated, or the wrong winner was picked in the end. Whatever the complaint, we would almost all return to watch the following year. After all, what better way to celebrate the films that we love than to watch a broadcast of a select few telling us which movies they personally enjoyed over the past year, right? As time has gone by, we’ve cracked many of the mysteries behind these star-filled nights. The Golden Globes is one ceremony that has been discovered for its practices that aren’t keeping up with the times, among other concerns, resulting in the cancelation of the next show. So, as we discuss the end of an era, we’re here to share the history of the Golden Globes before the call-outs hit the spotlight.

A History Of The Golden Globes: “Humble” Beginnings

We all know what the Golden Globes look like now. It’s a night for stars to wear their second-best outfits and to drink the night away. And even if a win doesn’t get you any closer to an EGOT, many stars still think that it’s a prize worth celebrating.

The ceremony began on a much smaller scale, and scrolls were given out instead of trophies. Its debut event was held in 1944 and was granted by the Hollywood Foreign Correspondents Association. This is the group that would later evolve to the Hollywood Foreign Press Association. The big winners for the night included Jennifer Jones, Paul Lukas, and the films The Song of Bernadette and Watch on the Rhine. They were awarded at an informal ceremony at the 20th Century Fox studios.

Realizing that scrolls weren’t the fanciest way to give out awards, the group eventually held a design contest for the next statuettes.

Things Got Bigger And Better

By 1945, the ceremony became a much more social event. This year included a formal banquet held at the Beverly Hills Hotel. The coming years included even more changes, including the 1956 decision for the two category split for film, actor, and actress (drama and musical/comedy) to encourage participation from all sorts of films. The Cecil B. DeMille award was also established early on in 1952. This award was designed to honor true excellence in the entertainment industry. And the first winner? Cecil B. DeMille himself.

One of the most absurd-sounding facts about the early ceremonies involves the statuette presenters themselves. These awards started being handed out by the Miss Golden Globe presenters, beginning in 1963. Beginning as only female award-givers, they were typically the children of celebrities. Who needs a summer job when you can just give trophies to your parents’ friends? The Miss Golden Globes changed to the Golden Globe Ambassadors in 2018. Where Did The HFPA/HFCA Come From?

The Hollywood Foreign Correspondents Association, the group that started it all, formed in 1943. Foreign journalists wanted a more organized distribution of cinema news, inspiring them to begin the organization as a charity. The nonprofit donates funds to charities related to the entertainment industry, bringing about $10 million a year from the ceremony alone.

The first real scandal to shake up the Golden Globes hit newsstands in 1968, thanks to the Federal Communications Commission. Their claims detailed that the ceremony was misleading in terms of how the winners were chosen. One particular allegation stated that the members of the HFPA threatened so-called winners to show up by claiming that they’d forfeit their trophy by not appearing. These allegations forced NBC to stop airing the broadcast between 1968 and 1974, though another network was broadcasting it until 1996.

Accusations of bribing HFPA members also began shortly after this first scandal. Notably, a 1982 scandal claimed that Pia Zadora won the New Star of the Year award thanks to her wealthy husband’s money. More allegations of bribery and corruption began, and by 1996 it was a well-known fact that winning wasn’t just based on your acting chops.

As time went on, both fans and people in the industry started calling out the tiny voting body that was deciding who could win awards. Unlike the Academy Awards, where members are made up of thousands of industry members, the HFPA has consisted of fewer than 100 individuals. That makes it pretty easy for a few people to sway the public’s opinion.

#MeToo Hit The Golden Globes Long Before The Hashtag

We all remember Brendan Fraser. The actor filled screens for years in the 90s and early 2000s, with hits like The Mummy and George of the Jungle. Then, almost as a complete surprise, the actor took a hiatus from the job. He only reappeared on our radar recently, with various television appearances in shows such as Trust and Doom Patrol. But why are we talking about Brendan Fraser when the topic of the day is the Golden Globes? Well, the reason isn’t too joyous.

Philip Berk, the former HFPA president, groped Fraser in 2003 and did not become public knowledge until 2018. This incident left the actor feeling pretty traumatized. His explanation of feeling “like someone had thrown invisible paint on me” is an eye-opening description of how it feels to walk away from something of that gravity. Not only was the situation largely ignored for years to come, but the HFPA didn’t side with Fraser. They went on to ask the actor to sign a joint statement claiming that Berk, though acting inappropriately, meant no harm. He refused to sign.

Fraser’s explanation of the event happened only a year after the #MeToo Movement began to boom in 2017. Much of the movement originally focused on Harvey Weinstein, another big player in the entertainment industry. Meanwhile, the Golden Globes continued to sweep stories like this under the rug. 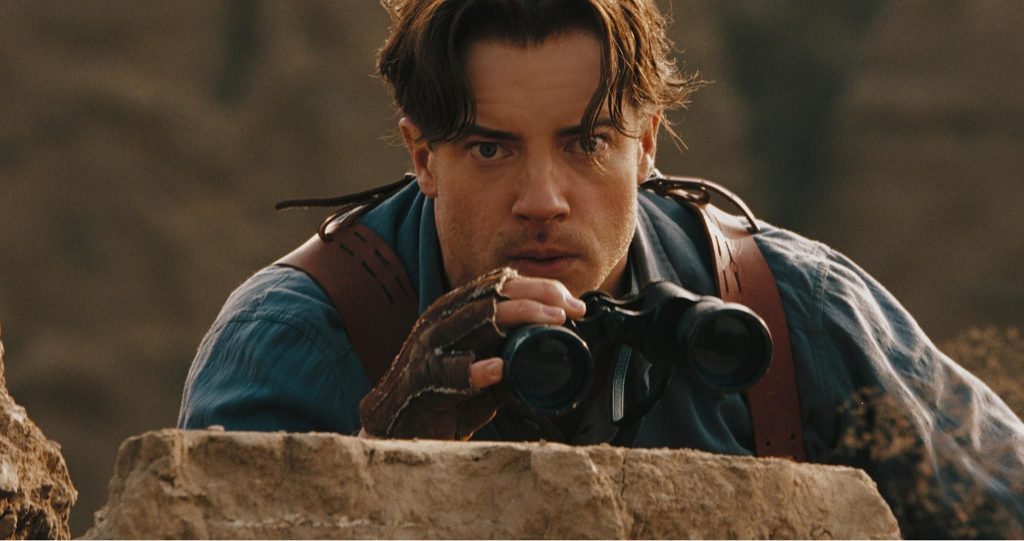 A Ceremony With An Overdue Cancelation

The history of the Golden Globes has included a cancelation in the past. The ceremony, and the HFPA behind it, are certainly no stranger to controversies. They have overcome plenty of allegations and maintained a reputation of “meh, we’ll still watch” for decades. But could the latest Golden Globes boycott by Amazon and Netflix, as well as the broadcast cancelation by NBC, be enough to shut it down for good?

For those of you who haven’t caught up on the reason for the Golden Globes being canceled, the latest scandal surrounds the HFPA itself. A recent investigation discovered that there were 0 Black individuals that were a part of the voting organization. Adding this to the list of their past problems, we think it’s time for meaningful change to happen.

Readers, we’re curious to hear your thoughts about the history of the Golden Globes, the current boycotts and cancelations, and what you think the future holds for the ceremony. Sound off in the comments below!

Featured image of Nomadland, the 2021 Best Drama winner at the Golden Globes, via Searchlight Pictures.

KOTOR Remake For Newcomers – Does the Game Fit In 2021?
First Image Revealed from Monsters At Work: Pixar’s First Disney+ Series