The world is slowly, but surely, re-opening after two years of closures, cancellations, and restrictions. Some of the busier events, like concerts, festivals, and conventions, have been the last to come back. Fortunately, nearly two years to the day of being canceled in 2020, Toronto Comicon 2022 has made a comeback after Covid, making it one of the first Comic Con events to do so. Comic Years went to the in-person event, and things look a little different post-COVID. Let’s take a look at how restrictions work, and how darn good it feels to be back!

Various events, like the famous San Diego Comic-Con, have operated virtually since the start of the pandemic. Now that most countries are easing their restrictions, some are taking a stab at bringing back in-person events. Toronto Comicon 2022 is one of the first major conventions in Canada since restrictions have been lifted, and some people worry that it’s too soon.

In terms of COVID-19 safety regulations, Toronto Comicon has followed the same restrictions as the rest of Ontario. They did not require any proof of vaccination to enter. However, masks were mandatory, as the province is not lifting the mandate until March 21st – one day after Toronto Comicon ends.

When asked about the restrictions, three artists told me that they were grateful for the mask mandate lifting after the event. One of the three told me that they may have reconsidered coming if it had not been in place, considering just how busy the event got.

There were few other health and safety rules relating to COVID. The website asks that you do not come to the event if you’re displaying symptoms, but there was no pre-screening that took place prior to entry. There were also no visible social distancing signs or floor arrows to prevent crowds.

Despite few restrictions, attendees at Toronto Comiccon remained very respectful. As if we’ve all grown used to keeping our distance and being generous in providing personal space over the last two years, there were few reasons to worry beyond thinking, “Wow, this is the first time I’ve been in a crowded room in years.” 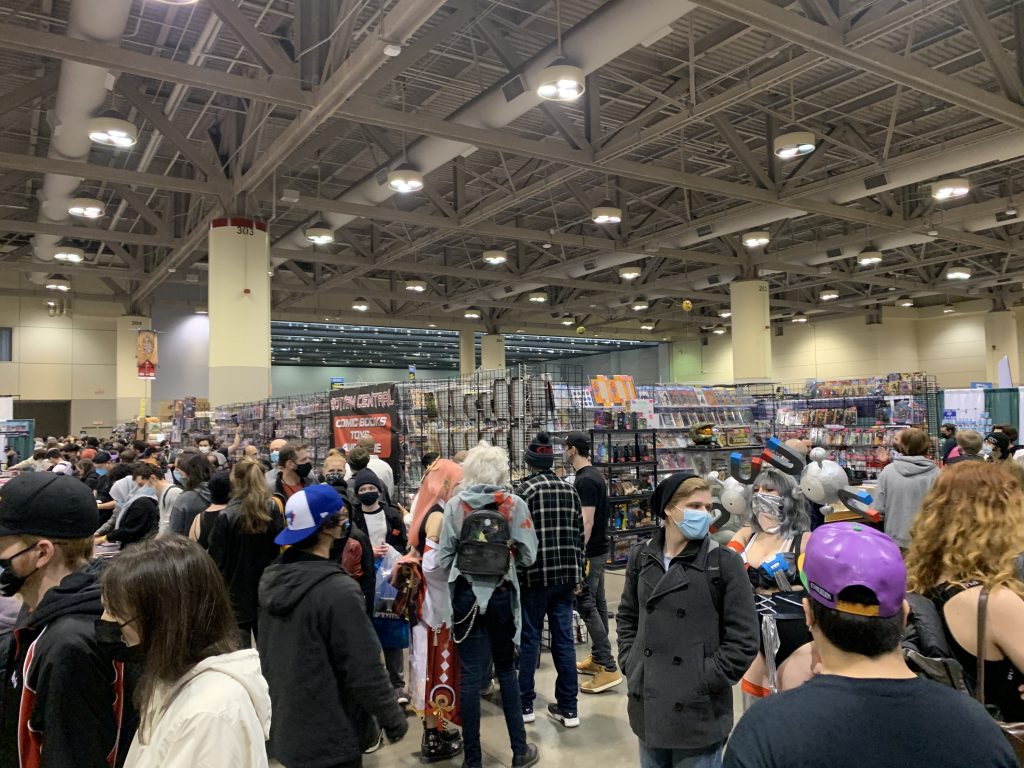 Check out the size of that crowd! Image via author (Meghan Hale.)

I’ve been to multiple events run by Fan EXPO HQ, including Toronto Comicon. The 2022 event felt more exciting than usual, simply because it was my first big outing post-COVID. The surreal feeling of being allowed in big groups quickly faded, though, as the array of cosplayers and booths quickly reminded me of why these events are exciting in their own way.

Fan responses were also surprising. The event seemed as busy, if not busier, than previous years, especially as the day moved forward. Some artists that I spoke with, including the talented illustrator Bunnbye, agreed with how busy it felt, though stated that it didn’t necessarily correspond to people spending more money.

The lack of big spenders could just be that people are feeling the financial strain of inflation. However, it may also be that the promise of an exciting in-person event drew in more casual crowds than usual, which means that fewer might feel inclined to buy. 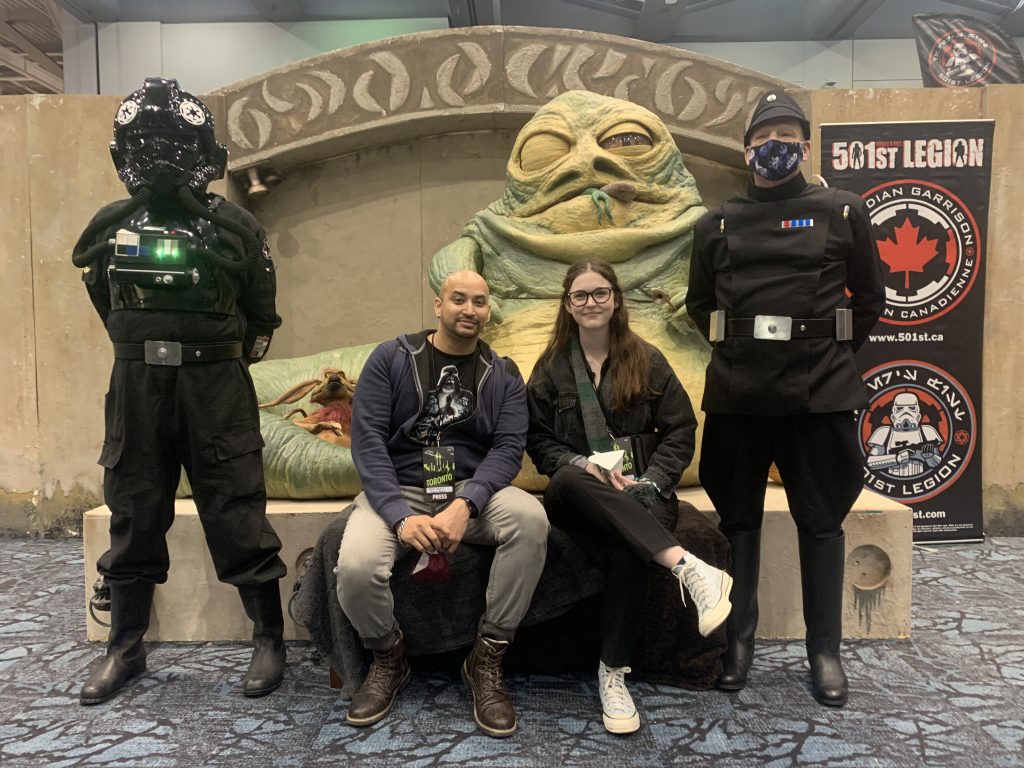 Is Everything Still The Same As Before?

Some of the biggest draws to comic conventions are the celebrity guests. Toronto Comicon had a few, including Adam Baldwin (Firefly, Full Metal Jacket) and Austin St. John (Power Rangers.) The number of exciting guests did seem significantly smaller than in previous years.

There are plenty of factors that may be contributing to the limited number of celebrities and special guests. With so much event shuffling and delayed filming schedules, it’s likely that a lot had to do with availability. Some may also be (rightfully) worried about COVID-19. Taking photo-ops and signing autographs for hundreds of fans means a lot of potential exposure. We wouldn’t want to risk it if we had other upcoming commitments, either.

Aside from the drop in the number of guests, much of Toronto Comicon and the comic con convention after COVID looked a lot like before. There were various interactive booths and games to play. Other staples include their costume contests, cosplay red carpets, panels, and workshops. Standouts include an Among Us plushie-making workshop, a Q&A with Aaron Ashmore, and a Triwizard Tournament.

The event also had its signature Artist Alley, filled with local and international artists and creators. Some of the talented folks that I came across include GeekyPet, Ally Rom Colthoff, and Wire Princess. Con-Quest Crafts mentioned to me that the time away from in-person conventions helped give them the time they needed to create an abundance of stock, and it’s clear that it paid off from the wide selection of fun things to buy!

Day 1 of #TorontoComicon was a blast and it was only the beginning! Here are the Day 1 highlights. pic.twitter.com/st7q5KAP05

Toronto’s Next Big Comic Con Event After COVID Will Be Fan Expo From August 25th-28th.

It’s a pleasure to be back at comic con events like Toronto Comicon 2022 after COVID. Not only have we missed big in-person events, but we’ve also missed the joy of celebrating your favorite fandoms with likeminded fans. Readers, let us know which events are on your radar. Maybe we’ll see you there!