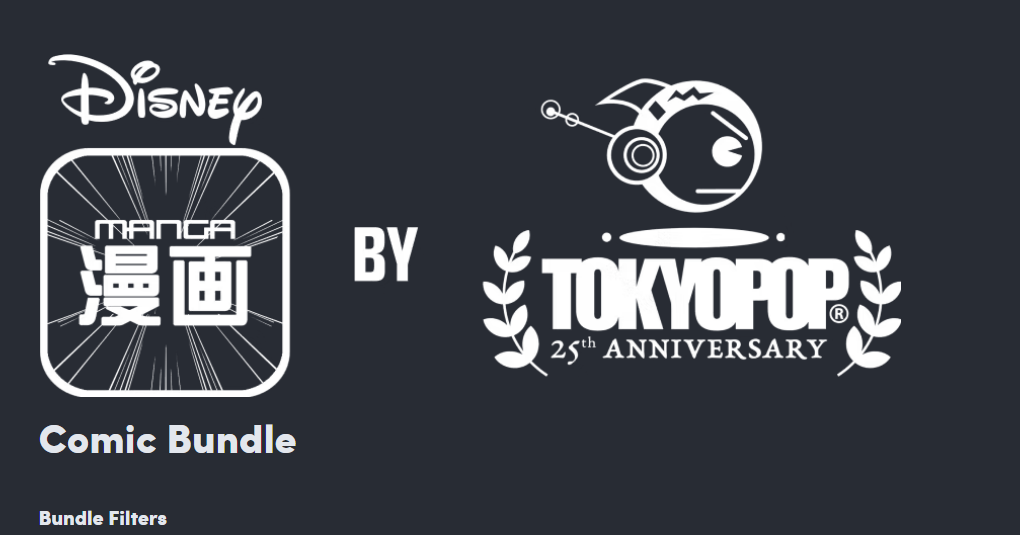 The Bundle Features Over $363 Worth of Popular Disney Manga Titles Including Disney and Pixar’s Toy Story, Disney Tim Burton’s The Nightmare Before Christmas: Zero’s Journey, and More

Live now through April 27, the magical bundle features a plethora of Disney manga worth over $363 in total. With the bundle, fans can enjoy popular titles including: Disney and Pixar’s Toy Story, Disney Tim Burton’s The Nightmare Before Christmas: Zero’s Journey, Disney Stitch!, Disney and Pixar’s WALL•E, and many more. To access the content, customers will need to create or log in to their eBooks.com account.

Additionally, Humble Bundle will donate a portion of the proceeds to two charities, First Book and Girls Who Code. First Book aims to remove barriers to quality education for all kids by making everything from new, high-quality books and educational resources affordable to its member network of more than 500,000 educators who exclusively serve kids in need. Girls Who Code aims to support and increase the number of women in computer science by equipping young women with the necessary computing skills to pursue 21st-century opportunities.

Humble Bundle offers limited-time collections of games, books, software, and more. Fans can simply pay what they want and choose where their money goes, including to charity. Most Bundles come in tiers starting at only $1. The Humble community has contributed $200,000,000 to charity since 2010, making an amazing difference to causes all over the world.

Since 2010, Humble Bundle has forged a path for indie developers to have a platform for their projects and voices. It has been and always will be a priority for Humble to build bridges between indie video games and consumers, all while pursuing the universal desire to be a force for good. The combined efforts of Humble with their supportive developers and enthusiastic community has amounted to over $200 million raised for charity to date. This is the DNA of Humble and has influenced every decision since its inception.

Celebrating its Silver Anniversary this year, TOKYOPOP established the market for manga in North America.  Over the past 25 years, TOKYOPOP has published thousands of books in both print and digital formats, highlighted the role of diverse creators, partnered with many of the world’s most famous brands, produced and distributed anime and live-action content, and pioneered the use of technology in visual storytelling.