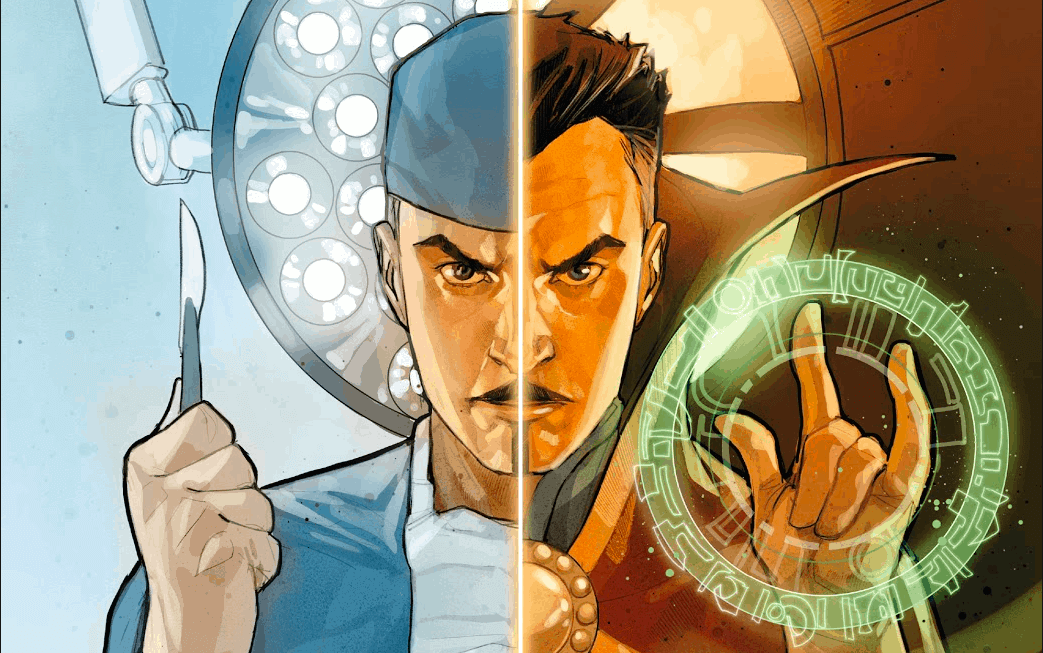 Ever since Doctor Strange came out in cinemas, he’s consistently had a comic series. Both Jason Aaron and Donny Cates did great work on the character, but for the past year or so, Mark Waid’s taken Stephen in a lot of interesting directions. He took away his magic, sent him to space, and, after a deal with a demon, healed his hands. After 50ish years of publication, since he first crushed his hands and turned to sorcery, Doctor Strange is once again Dr Strange, MD—the Surgeon Supreme. And he’s taking patients again.

Mark Waid Clearly Sets the Rules for the Surgeon Supreme 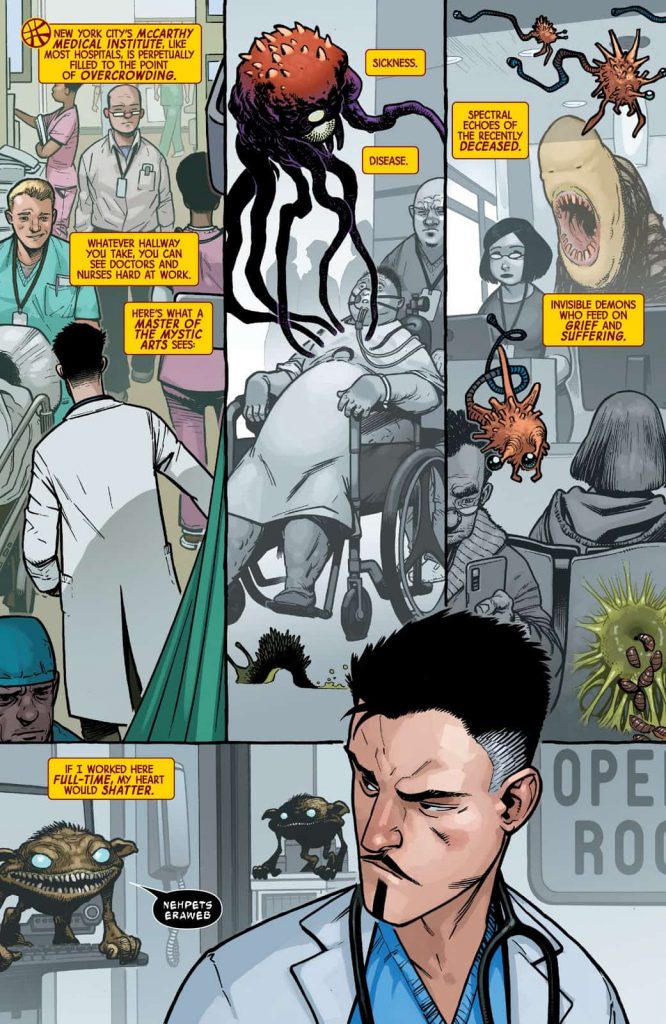 The hospital is a lot grosser than any black light can show. (Image: Dr Strange: Surgeon Supreme #1, Marvel Comics).

So, will Dr Strange use his status as Sorcerer Supreme to help operate on his patients? Actually, no. And there are a few good reasons for that. First, magic takes a lot of concentration—and so does having a needle in someone’s brain. Not the best idea. Also, as Strange explains, magic comes with a cost. If he uses magic to aid his surgical procedures, Dormammu or Mephisto might come calling the patient to collect. These rules are clear and logical—and important. 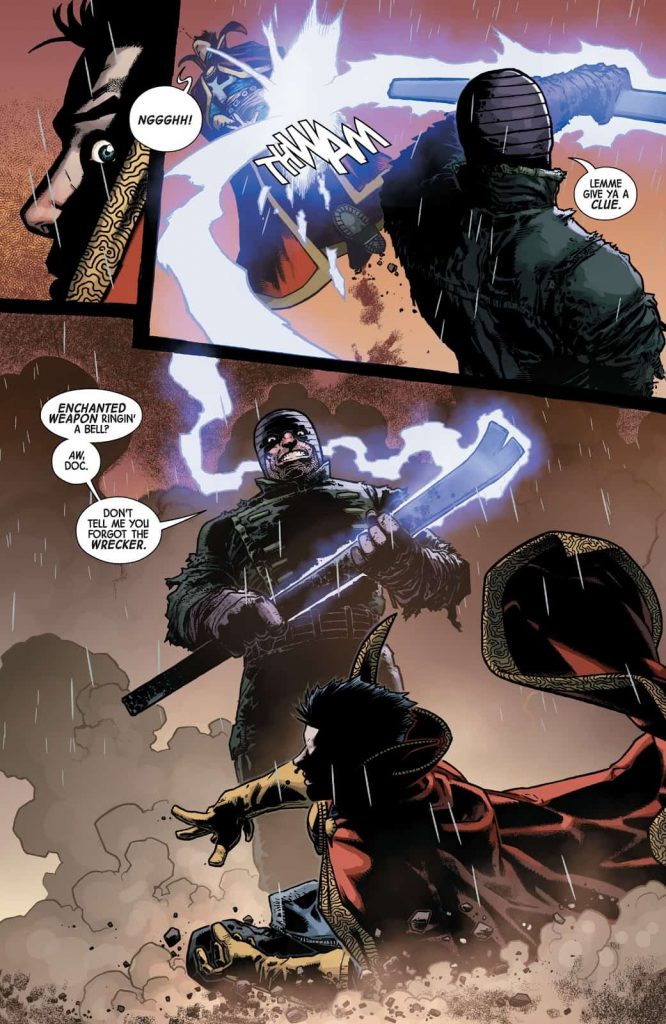 While working at the hospital—which he only does when he is absolutely needed—a magical catastrophe erupts in New York City, making Dr Strange have to switch from Surgeon Supreme back to Sorcerer Supreme. The cause of the destruction? The Wrecker. He’s kind of a joke character, with a fraction of Norse god power in a crowbar. The heroes of the Marvel universe have beaten him a few thousand times. So, despite obvious signs that the Wrecker is amped up, Dr Strange barely takes him seriously—and the Wrecker, for the first time in a long time, turns the tables on a superhero. Turns out he has more power than ever before. Looks like his return to the surgical suite also returned his massive ego, and once again, a few of his body parts are crushed.

Dr Strange has some Supreme Artwork 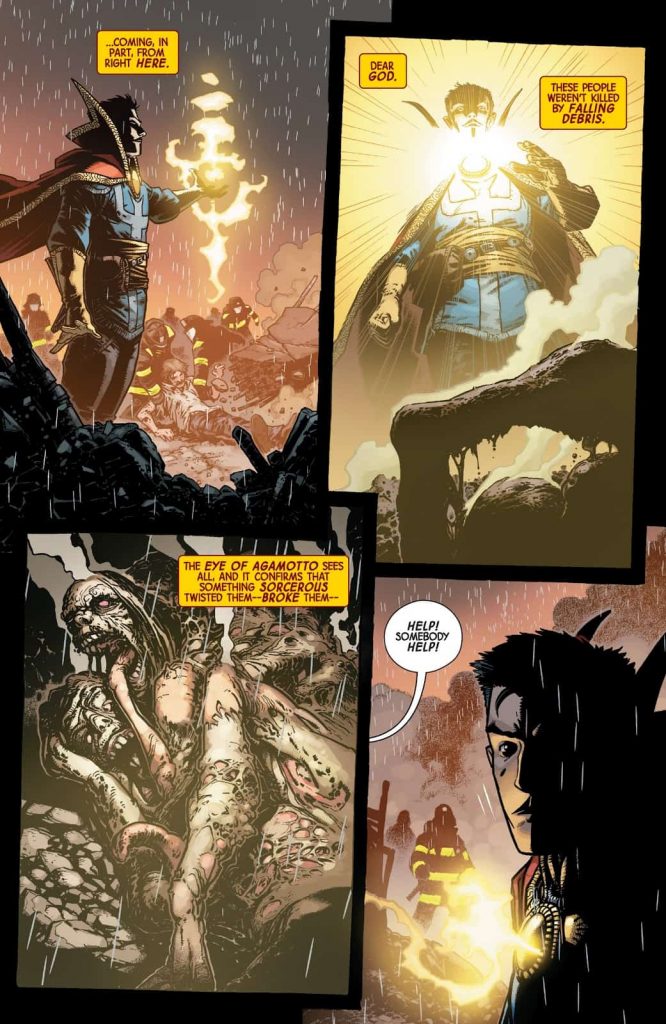 Penciler Kev Walker and colorist Java Tartagliaare a great pair. The magical elements are fun and creepy, and the look of the comic feels spot on with Dr Strange being Sorcerer and Surgeon Supreme. The color pallet distinctly changes when he goes from the hospital to the magical crisis. But the art really shines in Strange’s battle with the Wrecker. It’s brutal, and you can feel every hit of Wrecker’s crowbar.

Things look promising for the future of Dr Strange: Surgeon Supreme…well, for the series. Waid really goes straight up punching bag on Stephen. But good for us–and good for the MCU, considering the importance of his next movie.