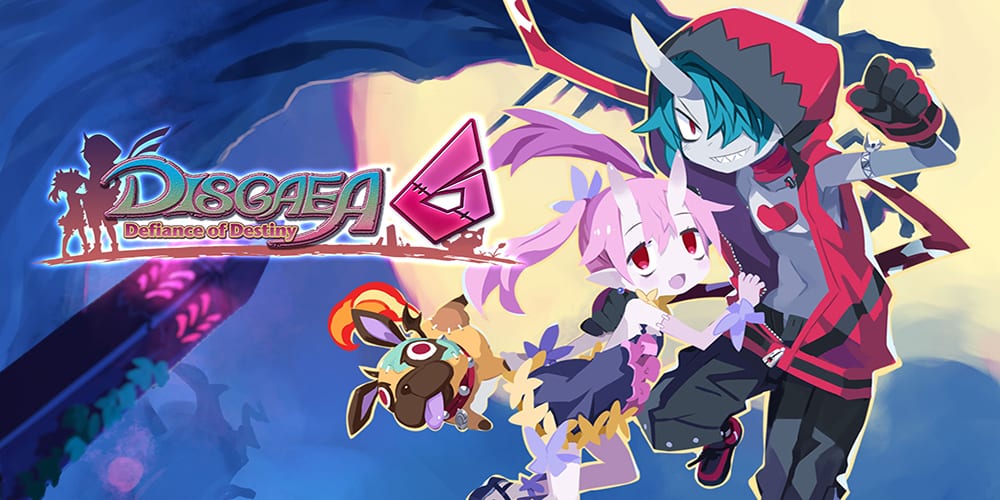 Turn-based strategy RPGs appeal to me more than typical JRPGs because you feel like you’re more in control of your destiny. Titles like Fire Emblem: Three Houses ask you to maneuver around a battlefield to find weak points and exploit your opponent. Other RPGs simply say “pick an attack” and the rest falls in line. The Disgaea franchise is one that many Westerners might be new to, but it’s worth mentioning the game’s long-running successes. Since its 2003 debut on the PS2, the series’ bread and butter has been humor, an interesting world, creative characters, and solid tactical strategy gameplay. All of that fits the latest release, Disgaea 6: Defiance of Destiny, and this review is going to highlight what that means for newcomers and returning players alike.

Is Disgaea 6 Good for Newcomers? 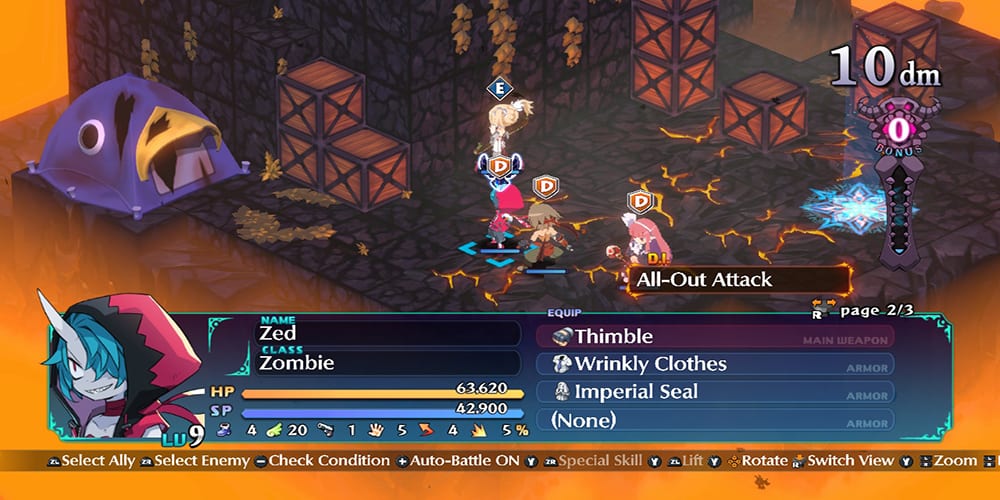 If you’re wondering if this entry is a good starting place, then here’s what I think. In terms of missing out on anything from past games, you don’t run into that problem in an impactful way. Story-wise, you’re good to start here if you don’t mind filling in some blanks as you go along. All you need to know is that Disgaea games take place in the Netherworld where run a sort of parallel universe to humans. The games feature turn-based combat that takes place on a board game-style arena of colored spaces through which you maneuver.

In terms of past games, Disgaea 6 is a very good entry in the series. It’s not the most polished entry, however, and does feel a bit choppy in terms of difficulty curve and the world’s finer details. Like all mainline games in the series, you have a hub from which you customize your party, choose equipment, and go on your next mission. The mainline story of this entry took me about 33 hours to complete. That’s not too much of an ask if you’re interested, so I think this is a great place to start if you’re a newcomer to the series.

The games are known for their witty writing and quirky characters. The turn-based combat is fairly standard and the unique elements are easy to pick up on. Overall, Disgaea 6: Defiance of Destiny was enjoyable to review because it’s an unassuming chapter in the overall series. I’m not a mega-fan of these games by any means and I quite liked my time with this one. If you end up loving your experience past the main story, there’s over 200 hours’ worth of content to explore. The option to auto-battle also assists you in speeding up sessions of grinding for higher levels, better equipment, and other monotonous JRPG type stuff. 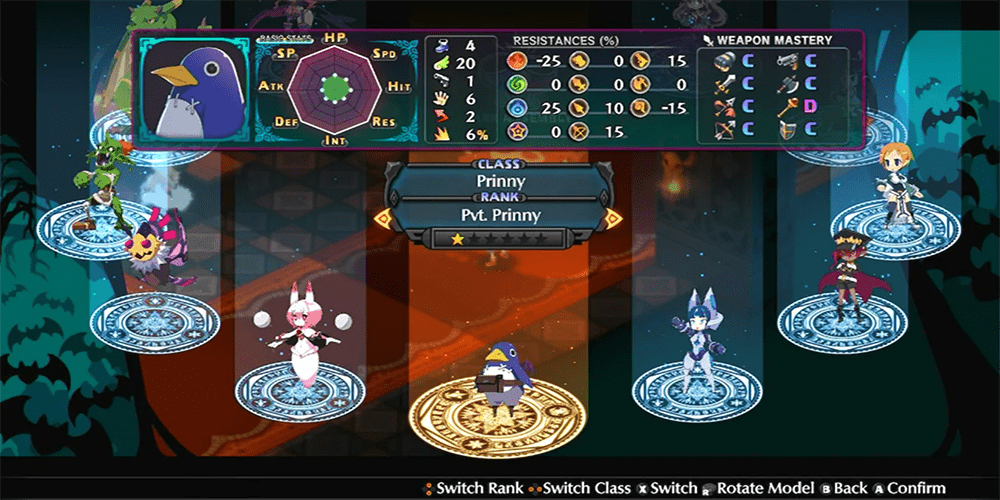 I review games on a scale of 1-10; Disgaea 6: Defiance of Destiny is a solid 8 in my book. I think what makes this series great is that it doesn’t take itself too seriously. There’s a great world to explore here but you’re never meant to feel like it’s pitching you a deeper lesson or serious introspective. Some JRPGs seek to spark a sense of inspiration or hope in you. Disgaea 6 asks you to buy into its sillier tone with the promise that fun turn-based hijinks are to follow.

There’s a ton to play here if you so wish to stick with the game. While I like other combat systems more in strategy RPG titles, Disgaea 6 is easy to learn for newcomers. Some returning fans might have qualms about this title. They may dislike the lack of diversity in the monsters you face compared to past games. Likewise, elements like leveling and stat building are tweaked. In a way, the changes feel more geared towards the masses than diehard fans. Still, the game feels like a Disgaea title and that’s definitely a compliment.

Disgaea 6: Defiance of Destiny is available on June 29 for the Nintendo Switch. The game was previously released on the PS4 back in January.

A digital review code for this game was provided by the publisher.