Beetlejuice: The Musical is Better than the Movie - Comic Years

Home » Pop Culture » Beetlejuice: The Musical is Better than the Movie

Beetlejuice: The Musical is Better than the Movie 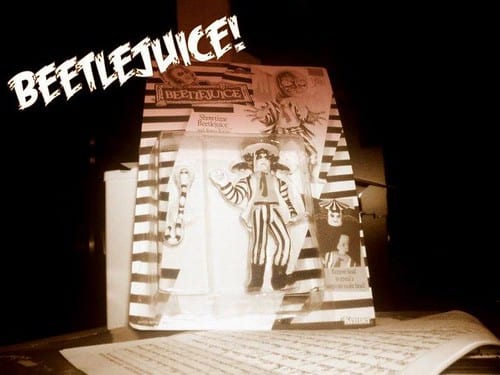 Until their performance during the Tony’s, I had no interest in watching Beetlejuice: The Musical. I barely even remember the movie. But I was sold by their brief number that was pretty funny and, even with the limited amount they could do on the Tony’s stage, had an incredible production. What I saw was better than I could have ever expected.

Move Over Keaton, Alex Brightman Owns the Character In Beetlejuice: The Musical

Beetlejuice: The Musical would never work if the actor playing our beloved demon wasn’t insanely good. And Alex Brightman? He’s insanely good. What he does with his voice alone is incredible. Then you have to remember that he performs this musical eight times a week. And if you forgot, he reminds you, in song, “I do this bullsh*t like eight times a week.” Every time he’s on stage, it’s a delight. In fact, sometimes you are just waiting for him to return while other characters are singing.

The Stage for Beetlejuice: The Musical is More Burton Than Tim Burton

It’s hard to describe the production itself without bombarding you with images. So, Here’s a bombardment of images from Beetlejuice: The Musical.

Other Burton Films That Could Work Better As a Musical…

Unfortunately, there was an attempt for Edward Scrissorhands, but it never took off. Maybe that could work now, since Beetlejuice: The Musical is still selling out over a year into its run. But there are other movies that would make great, bizarre stage productions. First, because people are demanding it, Corpse Bride: The Musical. This one is so apparent, it’s hard to imagine why it hasn’t been adapted yet. But Corpse Bride is just one. How about Mars Attacks: The Musical Invasion! The things they could accomplish with the sets and effects just begs for an adaptation. 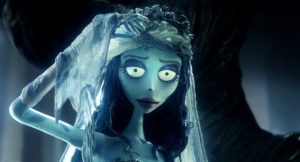 The next Beetlejuice: The Musical? (image via: Warner Bros.)

However, even Burton’s less fantastical (but equally amazing) movies could work. Out of all of them, Ed Wood would make a great musical that wouldn’t require crazy sets and animatronic giant snakes. A good case could even be made for Big Eyes. We have Mean Girls, Waitress, and Legally Blonde musicals, Big Eyes would fit right in.

My dream production, which would probably be impossible with how many locations the film had, would be Big Fish. This is actually one of my favorite movies of all time, but I would be there opening night if it became a musical.

What Burton films would you want to see on stage?

(Book Reviews, Musicals…Comic Years is bringing you everything! Tell your friends!)