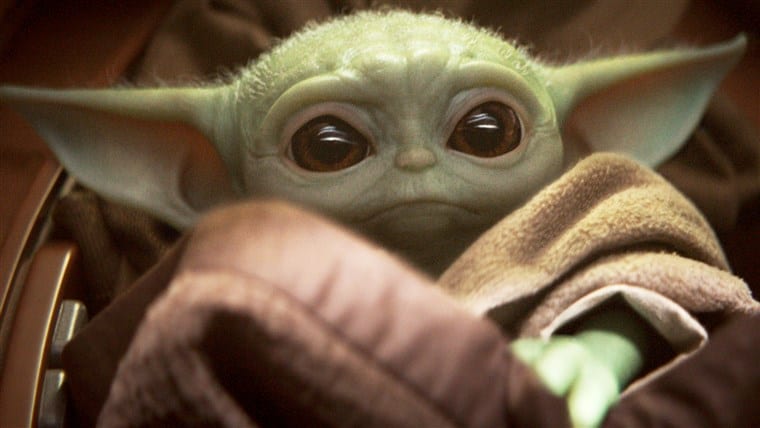 This Yoda is not the Yoda that we know and love. The original green space monster died in Return of the Jedi. Though, because the character in the Mandalorian series premiere looks so much like the original, he has been dubbed as “Baby Yoda”, regardless of if he has a preferred name. Also, the name and origin of Yoda’s species of alien has been a closely guarded Star Wars secret since the character first appeared in The Empire Strikes Back. This beautiful little baby’s backstory is also pretty secretive right now. Though, we do know that he is 50 years old, and has some force powers strong enough to save The Mandalorian from a Mudhorn. And, according to Jon Favreau, he’s gonna end up being pretty important. Also, both Giancarlo Esposito and Carl Weathers, cast members in the show, have said that the child is very “knowledgeable.” Even if he’s just a MacGuffin, after the events of the third episode, “The Sin,” Baby Yoda will play a big role in the series going forward.

Disney+ is the current talk of the town, and for good reason. Not only do we get to watch all of our old favorite shows, but we get new content, too. While Disney+ currently has very little new original content on the streaming service, The Mandalorian is easily the break-out series just for its unique take on the Star Wars universe. Having a meme break out from the series so quickly will be a great way to increase word of mouth for the series and the streaming service. Whether having something as adorable as this new character was planned just for the increased online chatter and potential merchandise sales or not, we’re cool with it.

I swear to god if anything happens to #BabyYoda on #TheMandalorian I will RIOT pic.twitter.com/VNfp9bL3NV

Whenever I see #BabyYoda in danger. pic.twitter.com/Br50m2WECq

“You keep smiling at your phone, what are you looking at?”

Me to me: I desperately need an excuse to get a baby Yoda tattoo.

Not to be dramatic, but I would die for you, Baby Yoda. 😭💖🤗 #TheMandalorian pic.twitter.com/HZHtzZHjTI

🎶 hey i just met you
and this is crazy
but i love you
my yoda baby 🎶 pic.twitter.com/c74AZzFe6Z

Right In Time For Christmas

Star Wars has had a pretty successful time creating adorable characters that make excellent toys. Porgs, BB8, and even Chewbacca have become hit characters via plaything form. And, since Christmas is coming right up, Baby Yoda will make the perfect last-minute gift for any Star Wars lover. The toy company Hasbro has exclusive rights with Disney to create toys from certain franchises, including Star Wars. And they’re all set to release some Baby Yoda merch. So, even though we know very little about the character, we can soon have him on t-shirts, like a doll, and pretty much every way toys can come.

Readers, let’s talk about Baby Yoda. Do you think his popularity has eclipsed all of the other conversation-worthy talk about The Mandalorian? Or are you just excited to see him everywhere? Comment below and let us know!