Who Is Simu Liu? A Celebration of AAPI Heritage Month - Comic Years

Home » Movies » Who Is Simu Liu? A Celebration of AAPI Heritage Month

Who Is Simu Liu? A Celebration of AAPI Heritage Month

May is Asian American and Pacific Islander Heritage Month so Comic Years is highlighting some of our favorite actors, actresses, writers, and illustrators from the AAPI community. We’ve already written a DC Festival of Heroes review for their anthology celebrating Asian superheroes, but this blog post is going to look at: who Simu Liu is, beyond being the star of the first Marvel Studios film with a majority Asian cast.

Liu was born April 19, 1989, in Harbin, China, and immigrated to Canada with his family at the age of five. He was raised in Mississauga, Ontario, and graduated from the University of Western Ontario in 2011 with an Honours Business Administration (HBA) degree. He worked as an accountant before deciding to pursue a career as an actor and stuntman. One of his first gigs was as an extra in Guillermo del Toro’s Pacific Rim. Later he had small roles in Nikita in 2012 and Beauty and the Beast (2014). He received an ACTRA (Association of Canadian Television and Radio Artists) nomination and a Canadian Screen Award nomination for appearing in the crime drama series Blood and Water.

What Is Simu Liu Known For? 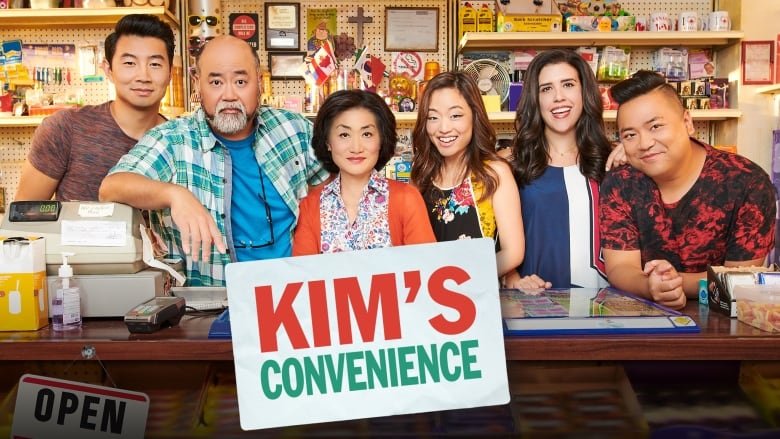 Most people probably know Liu from the Canadian TV series Kim’s Convenience, a heartwarming sitcom about the Kims, a Korean-Canadian family living in Toronto. He plays Jung Kim, the estranged son of the Kim family and local hottie at the Handy Car Rental. While the show has been well-received by both Canadians and Americans, viewers were shocked when the show’s producers abruptly said that this year’s season (the fifth) would be its last. Liu was “heartbroken,” but he has a few other projects to look forward to, namely playing Shang-Chi (watch the trailer!) in Marvel’s upcoming Shang-Chi and the Legend of the Ten Rings. The film comes out later this year. Also in the works is an adventure movie starring Mark Wahlberg titled Arthur the King, which is about a racing team captain who befriends a wounded stray dog during a 400-mile race through the Ecuadoran jungle.

On The Importance of Representation

As the first Asian American to play a lead in a superhero movie, there’s definitely a lot of pressure for the film to do well, but Liu seems to be taking it all in stride. He’s obviously very conscientious about how Asians are portrayed in media, so I believe that he’s chosen his projects based on positive portrayals of the AAPI community. In an interview with TIME100 Talks, he said

“I loved comics as a kid, I loved superheroes, but I really didn’t see myself represented in that space. I really hope with this movie, kids who are like me, who grew up similarly, can have that. That’s really the power of representation: seeing yourself on screen and feeling like you’re a part of this world, which for Asian children who have grown up in the West hasn’t always been the case.”

Liu went on to say that “if a door wasn’t open for me, I was going to build a door, or build a battering ram to barge my way in.” We look forward to seeing more from this talented actor and writer! Simu Liu was very proactive in his quest to knock down those doors. In fact, a year before he ended up cast as Shang-Chi, he decided to shoot his shot at Marvel Studios on Twitter.

OK @Marvel, are we gonna talk or what #ShangChi

We all know how that turned out.

Shang-Chi and the Legend of the Ten Rings will debut in theaters on September 3, 2021.

Are you a fan of Simu Liu? Let us know in the comments below!