2021 Is The Year Where I Finally Watch Star Wars: A New Hope

Home » Movies » 2021 Is The Year Where I Finally Watch Star Wars: A New Hope – Analyzing a Legend Decades Later

2021 Is The Year Where I Finally Watch Star Wars: A New Hope – Analyzing a Legend Decades Later 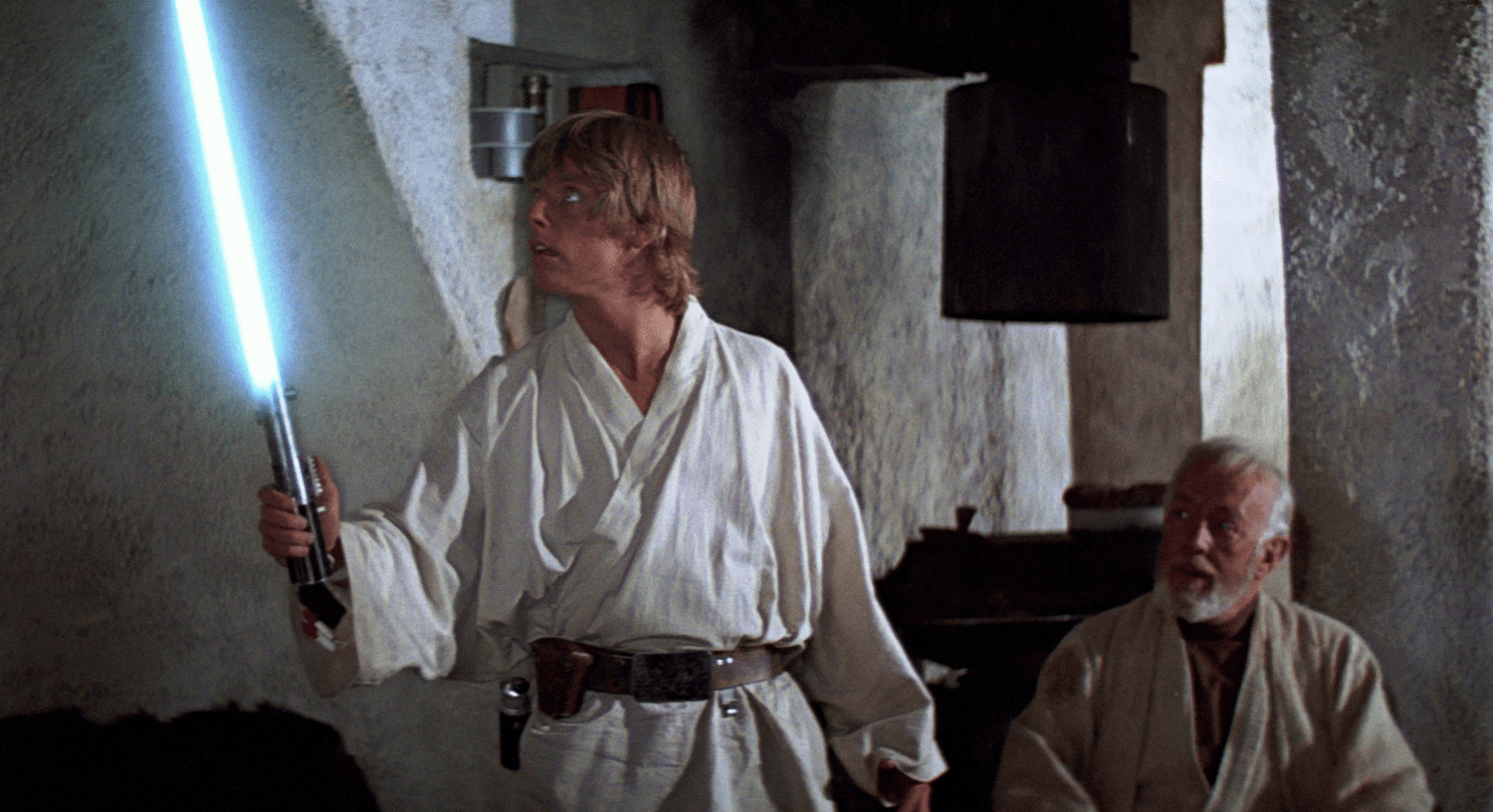 My relationship with the Star Wars franchise has always been complicated. I was born a few years before the release of the prequels, meaning that I completely missed out on the excitement of the original trilogy while also being too young to enjoy the first act. Instead, I found myself too busy with Harry Potter to bother becoming a fan of anything else. In the meantime, I’ve seen bits and pieces of some of the films. I have even watched the sequel trilogy in theaters. Despite this, I’ve never watched any of the original trilogy, or prequel trilogy, in its entirety. So, at the age of 23, I finally decided that it was time to dive in. I just finished my first watch of Star Wars: A New Hope. Here are my reactions and analysis of this legendary film more than four decades after its initial release.

My First Watch of Star Wars: A New Hope

I was once friends with a self-proclaimed diehard Star Wars fan. He dragged me to the sequel trilogy releases on opening night and told me all of the reasons for loving the franchise. Yet, when it came time to sit me down and watch the films, he skipped over Star Wars: A New Hope, claiming that nothing really happened and that we could jump to the next one. Because of this, I had zero backstories for the events of The Empire Strikes Back and found it uncompelling enough to turn it off halfway through. Looking back, I question how any fan could ever turn down a chance to watch A New Hope. Newsflash: it rocks.

Because of my previous exposure to the franchise, I didn’t expect much with my first watch of Star Wars: A New Hope. Maybe I’d get introduced to some of the characters and learn about how powerful Darth Vader really is. What I didn’t expect was an exciting flick showcasing the budding friendship of six heroes, sorta-kinda led by a force-using Jedi, Obi-Wan Kenobi. 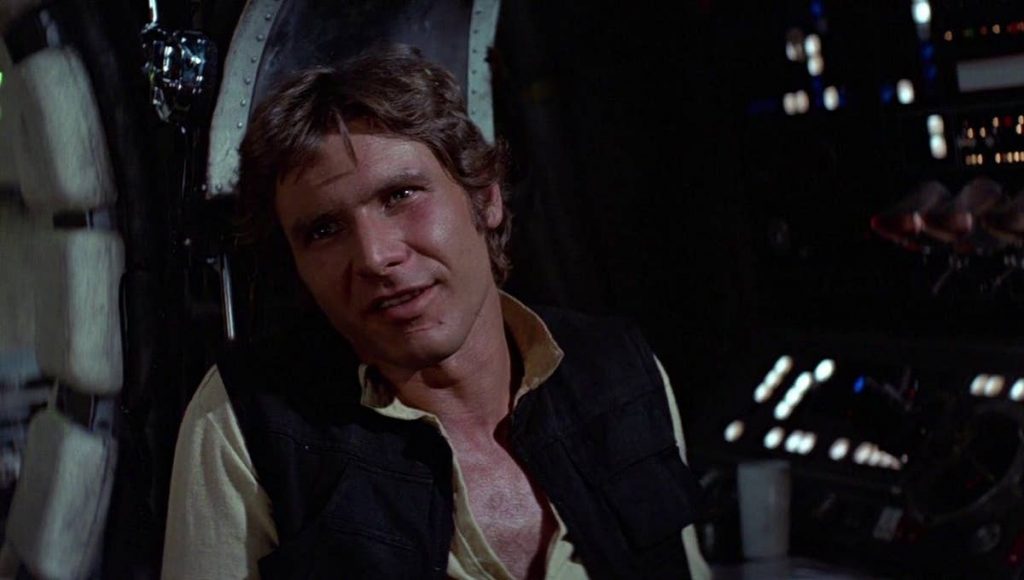 The Power In A Cast Filled With Chemistry

Having seen the sequel trilogy, I’ve come to learn that characters like Luke, Han, and Leia are legendary. I also know how their stories conclude, which means that I have less to hypothesize as I watch my way through each film in the franchise. Fortunately, I found that knowing these things didn’t hurt my enjoyment of their growing relationships in the first film.

Star Wars: A New Hope is, at its core, a tale of space adventures. We watch three youngsters with widely different sets of skills learn to work together, trust each other, and bounce off each other when it comes to wit and humor. Watching the early stages of flirtation between Luke and Leia and the prominent machismo of Harrison Ford’s Han create the true heart of the story. We aren’t just in it for the battles or the spaceships. We’re in it for the relationships.

The three main characters rightfully became the face of the franchise. And yeah, they’re great. But the idea of dismissing the absolute best character of all, R2-D2, is absurd. His robotic chemistry with C-3PO is unmatched, and it’s amazing how much they were able to convey with simple beeps and bodily turns. It’s no wonder that we’re constantly bombarded with droid-related marketing. R2-D2 walked so that BB8 could run. A Funnier Film Than Anticipated

Star Wars is considered to be an epic space opera. I knew that I would see impressive space exploration scenes, cool fighting, various types of creatures, and a death or two. What I didn’t anticipate was the overwhelming humor present throughout. This is largely thanks to the way that each character plays off of the other. The underlying competition already growing between Luke and Han in the presence of Leia. The funky friendship between R2-D2 and C-3PO. The mere presence of Chewbacca. This isn’t just a cool movie, but it’s a funny one, too.

Why The First Watch of Star Wars: A New Hope Reminds Me Of Its Influence

There are a lot of films out there that are appreciated for more than their ability to entertain. Some are remembered for their influence on the medium as a whole. Gone With The Wind changed how movie-goers saw the artform. Alfred Hitchcock’s films influenced the idea of auteur cinema. Kubrick’s Dr. Strangelove had direct implications on the war. Star Wars: A New Hope didn’t just make kids fall in love with space. It changed a generation.

The sheer influence that the saga has had on popular culture is unmatched. From popular phrases entering the masses’ lexicon to pushing “geek culture” into the mainstream, this film left a mark bigger than anybody could have imagined. Regardless of whether they’ve watched it, there’s not a person out there familiar with film that hasn’t heard of Star Wars. Heck, I even dressed up as Darth Vader when I was 11, at a time where I’d watched 0 of the films, simply because I thought he seemed cool.

In addition to the influences the film has on pop culture, it’s an incredible filmmaking feat. So much so that the Library of Congress has A New Hope preserved in the U.S. National Film Registry for its significance. 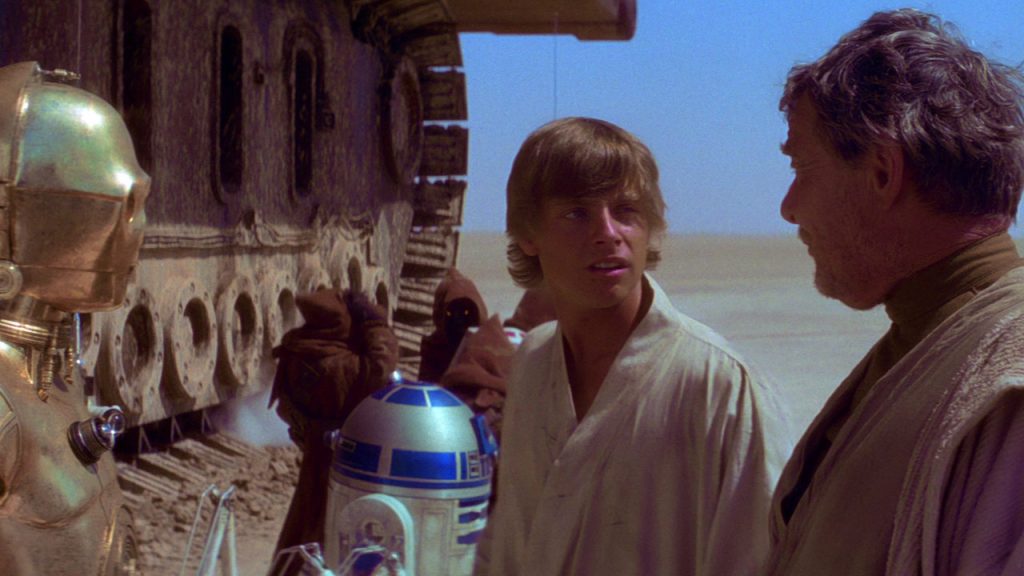 Being exposed to the latest properties of the franchise, such as The Rise of Skywalker, it’s impossible not to note during my first watch how much things have changed. Some for the better, others for the worse. The most notable is found within the choreography of the fight scenes. I was caught by surprise with the lack of lightsaber battles, which I’m sure are yet to come. Particularly, the brief fight between Darth Vader and Obi-Wan was disappointing, to say the least. Rather than the epic battle scenes that I’ve grown accustomed to, this brief moment presents some pretty basic battle strategy.

One thing that hasn’t changed much is the power of the Stormtroopers. Seriously, is it the first day on the job for each of them? I could aim better than that!

Why The Star Wars Franchise Will Never Get Old

The Star Wars Holiday Special, The Mandalorian, The Clone Wars… The list goes on and on. The past forty-plus years have seen a lot of Star Wars-related content. There have been three main trilogies, a ton of spin-offs, games, and more. Why aren’t we bored of it yet? This is a question that I had found myself asking to the void prior to my first watch of Star Wars: A New Hope. Sure, some franchise fatigue may be going on, especially with the lack of success on some of the spinoffs (*cough* Solo *cough*), but we keep on watching.

I believe that the answer to this question is all in the worldbuilding that starts with George Lucas’ first installment. At its core, this franchise has a basic universe. We’ve got the neverending Outerspace that is filled with planets with mysterious and diverse inhabitants. The unique and ever-present creation of The Force ensures that there will always be unique spins that can be created. And finally, the creative exploration of what it means to be good or evil that is explored through the films creates a special dynamic between character and viewer. A First Watch of Star Wars: A New Hope Is the Start of Something Exciting

You will have to talk to somebody else on the Comic Years team if you want to hear about the pure excitement and wonder that filled theater auditoriums when the original trilogy initially premiered. As I’ve established, I’m a tad too young to speak about it. But the pure joy that is felt through Star Wars fans is unmatched by most other franchises. I remember attending the opening night premiere of Star Wars Episode VIII: The Last Jedi in 2017 and being overcome with emotions when the title first appeared because I could sense the pride of everybody else in the room at how far this special world had come. Watching this film four years later, I understand it so much better.

George Lucas created something special with Star Wars. I have never seen fans so dedicated, so passionate, and so ready to defend their favorite set of films (except, perhaps, the Star Trek fandom.) If I could go back in time to witness one cinematic event, it may be the opening night of Episode VI: Return of the Jedi, as I can only imagine the thrilling atmosphere brought on by such a legendary conclusion.

Now that I have sat down to watch Star Wars: A New Hope for the first time, I am so excited to watch the rest of the franchise. Perhaps my opinions on the sequel trilogy will change, and I’ll finally develop a deeper understanding of the ripples on social media caused by prequel memes. Follow along for my journey throughout the stars as I watch each film in full for the first time.