Tron 3 And Plenty Of Time In Development | Comic Years

Home » Movies » Tron 3 Might Be In Development, But What Does That Mean For The Franchise?

Tron 3 Might Be In Development, But What Does That Mean For The Franchise?

It’s been an entire decade since TRON: Legacy came out. Now, that may seem surprising. But then you remember that it’s been almost 40 years since the first TRON released in 1982. That’s quite the time gap between sequels, which has helped us never completely give up on the idea of yet another Tron film coming out. Hints of a third installment in the Tron franchise have been circulating. But is Tron 3 really on its way? And what does its development mean for the franchise as a whole?

Tron 3 And Plenty Of Time In Development

Before we jump into the possibilities of a third film, let’s quickly recap the first two. TRON follows Kevin Flynn (Jeff Bridges). He is a game developer who used to work for ENCOM and, after trying to hack their system, gets beamed into ENCOM’s mainframe. The film then watches as he tries to escape the chaotic surroundings. TRON: Legacy features Flynn’s son, Sam (Garrett Hedlund) as he tries to find the truth to his father’s latest disappearance.

The first two films leave plenty of room for more worldbuilding, whether they directly follow the events of TRON: Legacy or not. Legacy was considered a box office success, bringing in $400 million. The reviews, however, were only alright. The visual and sound effects received praise. It was enough for a Best Sound Editing nomination at the 2020 Oscars. Oh, and Daft Punk‘s score was easily the most memorable aspect of the entire film. Despite all of the love for certain aspects of the film, nobody was really left begging for a sequel. 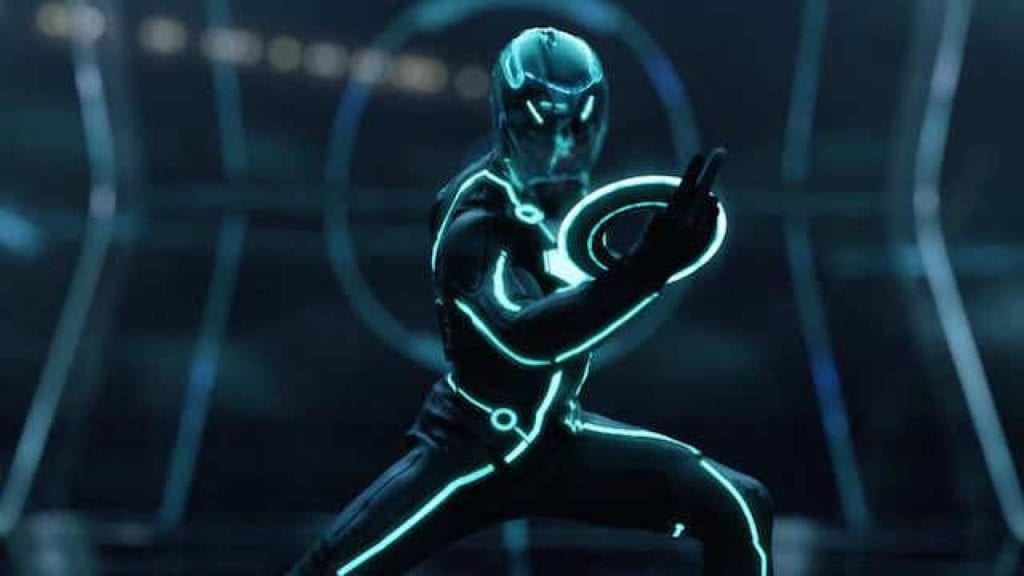 Previous Whispers Of A Tron 3 Film

The future of the next film has been up in the air for the entire decade since Legacy. Prior to its release, Steven Lisberger, the director of the first film and producer of the second, announced that a third film was “officially” in development. Later, in 2015, the film was further along in its development stages. Joseph Kosinski was attached to direct, and production was ready to roll. Olivia Wilde and Garrett Hedlund were both set to return.

Shortly after everything seemed like Tron 3 was well on its way to hitting our screens, everything was finished before it even started. Walt Disney Studios put a stop to its development. Although everything looking like hope was lost, Kosinski revealed in 2017 that development was frozen, but not completely scrapped. Rumors of the next installment began, and it was reported that Jared Leto would star in Tron 3. No official announcement was made at that time.

And so, here we are, ten years after we were first told of a third film. After plenty of rumors, disappointing announcements, and lots of wondering, we might finally have another glimmer of hope. Mitchell Leib, the music and soundtracks president at Walt Disney Studios, confirmed in the Light The Fuse podcast that Tron 3 is being made. Though, we still have dozens of questions.

Leib did not release much. He did tease the potential for Daft Punk to return, which seems like a no-brainer after their success in the first film. The script is also said to be completed. When asked about the lengthy development, Leib added that the timing was never right until now. Well, based on how many films are being pushed back or canceled because of the coronavirus pandemic, it’s surprising to hear that now is the right time for any film production news.

Does This Mean That Tron 3 Is Certain?

There have been numerous films that spent years in development, only never to get made. Even movies with huge stars (like Leonardo DiCaprio) fail due to budget concerns, which we saw with Alexander The Great. Bioshock was also supposed to be made into a film but had plenty of problems to deal with.

Some films have survived what’s now known as “Development Hell.” The Man Who Killed Don Quixote is one of the most famous examples, taking decades before the film (starring Adam Driver) was made and released in 2018. The Dark Tower (2017) took ten years to hit the screen (unfortunately, to plenty of disappointment). Development Hell is never the end of a movie, but it does mean that we’re hesitant about the future of Tron.

Could It Just Be Another Cancelation?

Alisha Grauso of Atom Insider took to Twitter to remind eager fans that development isn’t always a sure thing when it comes to the greenlighting of a film. Brief details in a podcast don’t necessarily equal an official press release. And, as mentioned, the future of filmmaking has plenty of uncertainties due to the current state of the world.

Friendly reminder that "in development" doesn't = "greenlit." I can not find a credible source about the Tron 3 news. Even if it's confirmed to be in development, it's been in development for 389 years. That doesn't mean much if there are no new, concrete details.

Disney seems both committed and against any new Tron films. They’ve tried (and failed) before, so the creation of a third film would need some pretty big incentives. However, keeping the name in the mouths of industry leaders could be a way to see if the world actually wants another installment or not.

Tron 3 Could Be Fantastic, But We Aren’t Convinced Yet

We at Comic Years would definitely be eager to watch Tron 3. But after so many previous announcements, it seems impossible to get our hopes up again until production actually begins on the next film in the franchise.

Readers, how do you feel about a potential Tron 3? Let us know if you’d watch it, and what you’d like to see!