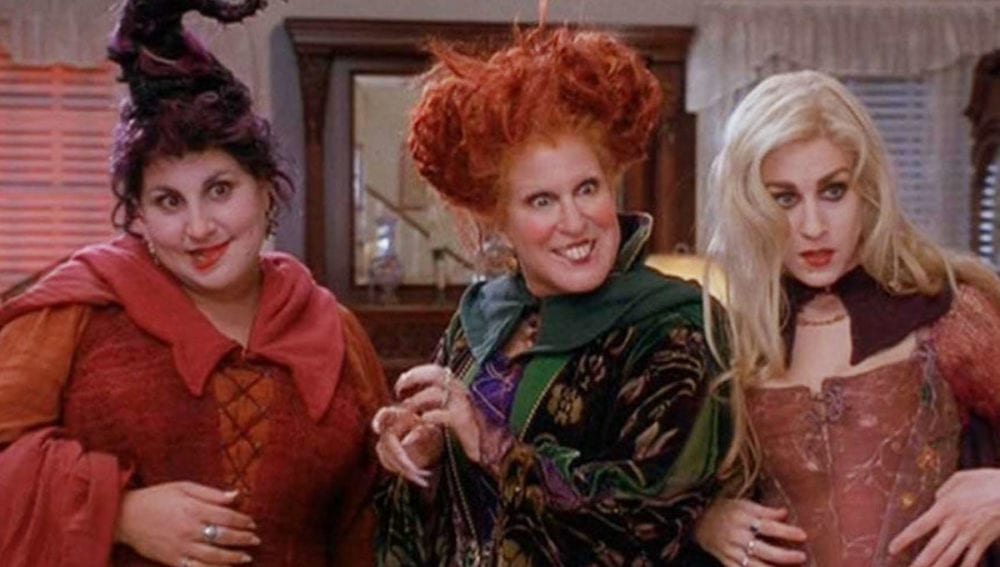 When news of a Hocus Pocus sequel popped up last year, we were immediately worried. If the original Sanderson Sisters didn’t return, would the film even be worth it? And, without official confirmation that they’d be back, we worried that our hopes would be too high and would, ultimately, be squashed. Fortunately, we don’t have to live in fear any longer (at least when it comes to this…)! Bette Midler officially confirmed that the Sanderson Sisters were asked to return as cast members for the Hocus Pocus sequel, and the answer was a clear “yes”!

Kenny Ortega’s 1993 film Hocus Pocus has gone down in Halloween History as the go-to family-friendly flick to throw on while pumpkin carving. The film follows siblings Max and Dani Dennison and Allison, the cool crush of Max, as they try to stop three witches from taking over the town. Oh, and it’s their fault that the witches are even back.

While we love everything about Hocus Pocus, the clear standout has always been the three Sanderson Sisters. Winifred (Bette Midler herself), Sarah (Sarah Jessica Parker), and the underrated Mary (Kathy Najimy) make adult viewers laugh and child viewers tremble with their iconic chemistry. Simply put, a sequel would be nothing without them.

In a recent interview, Bette Midler was asked about whether we would see the three reunite for the Hocus Pocus sequel on Disney+ being written by Jen D’Angelo and directed by Adam Shankman. Apparently the three stars were asked from the initial stages of planning, and all of them were “totally game.”

It sounds like the cast of the upcoming Hocus Pocus sequel loves the film as much as we do. So, we can’t wait to see them jump back on their broomsticks. Though, based on their apparent death in the original film, we’re curious to see how it plays out on screen.

What are your early predictions for the Hocus Pocus sequel? Let us know in the comments!