The Rock Deletes Justice League Scene From the Trailer 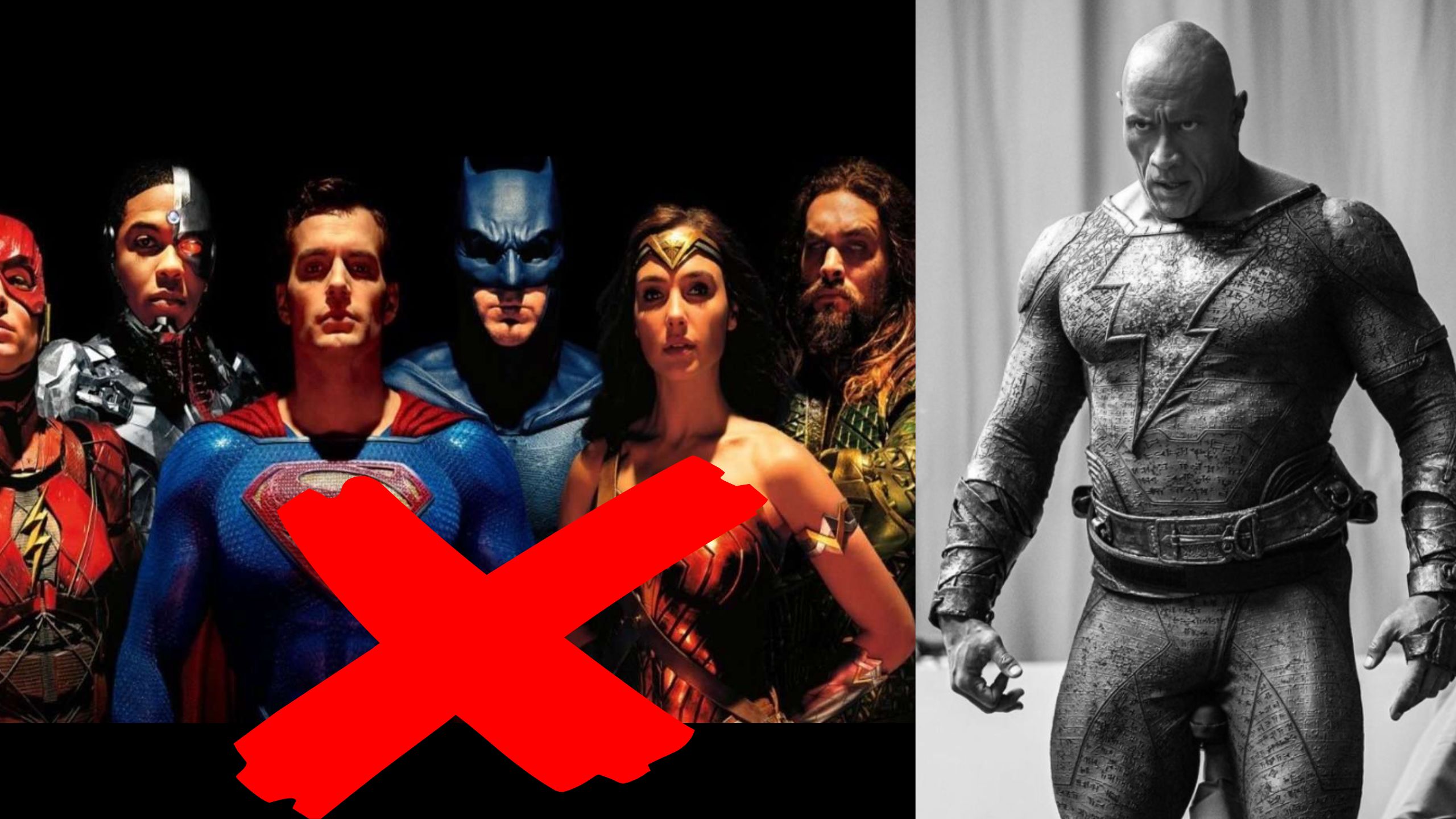 Black Adam’s movie premier is near, and the promotional information for the movie keeps coming in. Dwayne Jhonson, better known as the Rock, invested time, money, and effort in both production and promotion. We recently saw a new trailer that caused some controversy among fans. The Rock deleted a Justice League scene after fans highlighted an important detail.

The actor has posted several images from the new movie and the official trailer. Fans have scrutinized every detail. In the footage, you can detail the appearance of Amanda Waller and several characters such as Batman, Superman, Wonder Woman, and Harley Quinn.

The fragment that annoyed users and made them notice it on social media was the appearance of a scene from the Justice League. The clip from the 2017 version, directed by Joss Whedon. This film repudiates an important part of the fandom and is full of controversy by accusations of several actors.

Johnson and Warner’s studio heeded the fans’ comments and deleted the Justice League scene from the trailer. The star confirmed this correction, posted the new trailer on his Instagram account, and put the caption “Corrected.”

The Rock Deletes Scene From the Trailer

Long before the world of heroes and villans, #BlackAdam ruled it all.

A god with zero mercy and power born from rage.

ONE MONTH FROM TODAY.

One of the scenes that appeared in the new promotional trailer for Black Adam is the scene of an explosion seen in Justice League. In Snyder’s cut, which causes that explosion is Darkseid, one of the most dangerous and powerful villains in the DC Extended Universe.

The point that the scene showed was Whedon’s version. The one who causes the explosion with the axe is Steppenwolf, the only villain who appears in this edition. The public criticized the appearance of this one in the trailer of the Black Adam movie.

Both the Rock and Warner are aware of the comments and criticisms of the fans. Because they removed the scene from the trailer by placing a new version, they refer to the DC Universe with characters from Batman, Superman, Wonder Woman, Harley Quinn, and Amanda Waller.

Fans are looking forward to future Justice League references. However, it would not be from Whedon’s cut but the editing of its original director Zack Snyder. Readers should note that the latter had to withdraw halfway through this production due to the death of his daughter.

An essential part of the fandom loves Snyder’s productions. There is no doubt about this, taking into account the campaign that took place on social media, which generated the release of this cut in 2021. However, for these editions to reappear sounds impossible, considering Warner’s current stance with Zack Snyder. Yet, the fact that The Rock deleting the Justice League scene opens the debate again about which of the two films is canon.

DC’s management claims that they don’t want anything from Snyder. They believe airing his version of Justice League on HBO was a mistake.

After realizing he had included scenes in his new teaser, The Rock deleted a scene from Justice League. This move has reopened the debate of the fight between the two existing movie versions. The public is divided between the two adaptations. However, Snyder acolytes are very active on social media. Not only have they requested and won the broadcast of this edition by HBO, but by the constant campaigns for its return to DCEU.

Although Warner appears to be ignoring fan posts, The Rock does seem to be paying close attention. He showed great interest in this filming, both for being a goal to accomplish and for the investment made. This pull is evidenced by his instantly deleting the 2017 Justice League scene.

As for which version is more adapted to the DC universe, Warner Bros. claims that the canon version is the 2017 version, directed by Whedon. The company places Snyder’s cut as a parallel, alternate version of the Universe. However, this one would not be part of the first line of this comic book world.

Fans do not so much agree with Warner Bros.’s statements about the timelines, considering the comics and other productions. This assumes that in the animated versions and the comics, this battle occurs against Darkseid, which gives rise to the Justice League.

This villain uses the mother boxes to reach the earth and conquer it. Some fans consider the Snyder version more similar to what has been shown in previous DC productions. However, the major does not have a consensus, and every time promotional material is released, they use footage from both productions.