New Trailer for Songbird Shows a Pandemic That Never Stops

The New Trailer For Songbird Shows A Pandemic That Never Stops 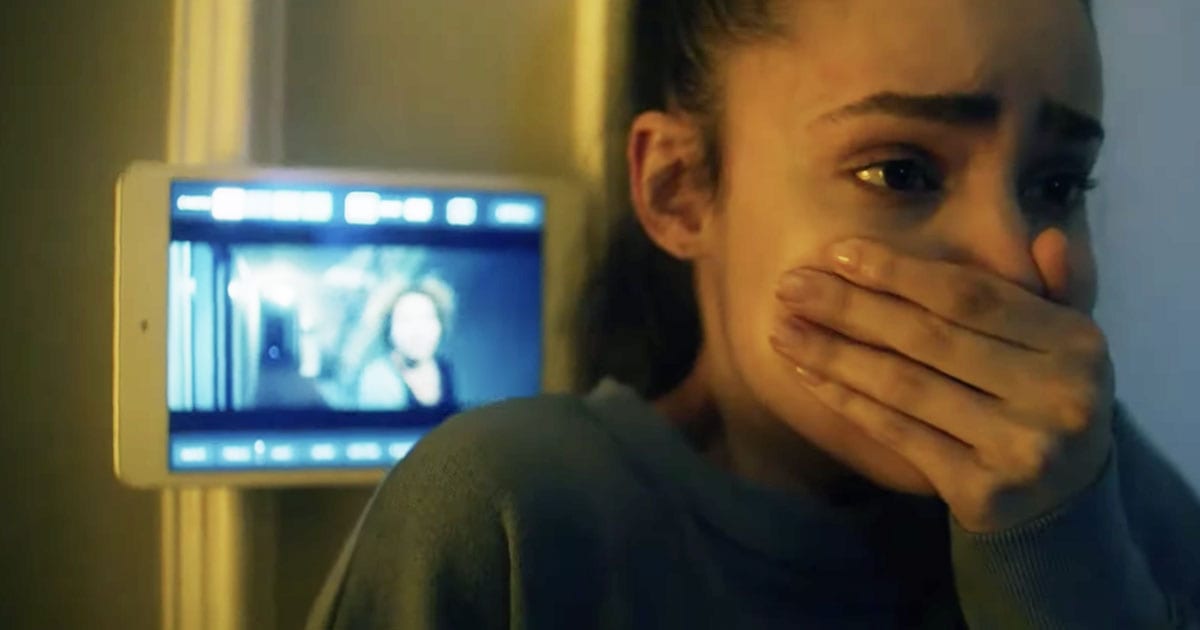 A lot of the media that we have consumed during 2020 has been directed at viewers as a distraction from the ongoing coronavirus pandemic. We have gotten delightful COVID specials and funny pieces of satire on the state of the world. Overall, it’s been fun to see what creators have done to give us a break from the outside. Well, Michael Bay, Adam Goodman, and Eben Davidson, among others, decided to say “To Hell with that,” and make a hard turn in the opposite direction. And thus, Songbird was created. In this new trailer for Songbird, we see a movie taking place in a world where COVID-19 doesn’t go away. We don’t get a vaccine. And the chaos of it all only elevates. But is that really what we need right now?

Take a look at the trailer for Songbird below. Though, if the idea of the coronavirus pandemic not ending in the next few years could deeply upset you, I urge you not to watch it. We know that it’s just a movie, but this one feels a little bit too close to home for some of us.

KJ Apa and Sofia Carson lead the film, playing two young lovers who are separated by a pandemic lockdown. The reason for the lockdown is COVID-23 (because I guess that calling it “COVID-19” was too on-point.) This virus is known for attacking brain tissue and is much more deadly than the virus that we’re dealing with now. Apa’s character appears to be immune to the virus, but Carson is not so lucky. The film navigates their heartbreaking romance while others are just trying to get by.

Adam Mason (who has done a lot of work with Alice in Chains) directs this “romantic” thriller. Written by both Mason and Simon Boyes, the film has a handful of producers. Most notably, Michael Bay (Transformers) sits at the top of the list.

The entire film was created throughout the pandemic. Back in May, Bay, Goodman, and Davidson announced that they would be producing a film about the pandemic. It was then quickly written and filmed over the summer. Filming was almost prevented, as SAG-AFTRA gave them a Do Not Work order. Apparently, producers were not “transparent about their safety protocols.” This was cleared up pretty quickly, and filming went on without any reported issues.

Do We Need This Right Now?

The trailer for Songbirds starts out wholesome enough. We see the lovebirds talking on a video chat app on their phones, wishing they were together. Most of us have been in that scenario over the last six months. Whether we’re separated from our romantic partners, friends, or family, it’s tough to be away from somebody that we love with no obvious end in sight.

We quickly go from cutesy to cruel when the trailer reveals the world on fire. There are strict curfews in effect. People are being put into quarantine camps. They’re forced from their homes just for having fevers. A death counting billboard reports that 8,400,010 people have already died in one calendar year from the pandemic, while 110 million and counting have died since the beginning of the fictional outbreak. For comparison, we have devastatingly lost around 1.2 million lives this year.

This trailer ends with the words “Stay safe, sane, and sanitized.” This is a phrase that we have all heard countless times this year and is also a reminder that this film is directly benefiting from the fears of millions and a tragedy that the whole world is going through.

I think we’d take Riverdale over this at this point, to be honest. Lili Reinhart and KJ Apa on Riverdale, image via The CW

Pandemic thrillers are not a new concept, but rarely are they a direct response to a real-world event. We have seen more than our fair share of zombie-based pandemic thrillers, but we love them because we know that they’re likely a fictional fear. What Songbird does is different. So many of us are worried about what the next day brings and dread thinking about how long our current situation will go on. Why do we want a film to show us a very worst-case scenario?

We get it. It’s fiction. It’s just using COVID-19 to stay at the front of the conversation and get more publicity. Though, it’s impossible to deny that this film may just heighten anxieties for a lot of people, which is the exact opposite of what we need right now. Rates of suicide and an increase in other mental health consequences are on the rise. According to QJM: An International Journal of Medicine, it is “imperative to decrease stress, anxiety, fears, and loneliness in the general population,” to combat these concerns.

Songbird might be fun for a lot of viewers. Thrillers often are. There is an audience out there, and we’re sure it’ll be an exciting movie night for many friend groups. But if you’re trying to distract yourself, maybe watch many of the Pandemic Specials instead, like South Park‘s.

Will you be seeing Songbird when it releases? Let us know your thoughts on the controversial film, and whether you see it as an exploration thriller or not.