The Irishman Review - The Chaotic 'Truth' About Organized Crime

The Irishman Review – The Chaotic ‘Truth’ About Organized Crime 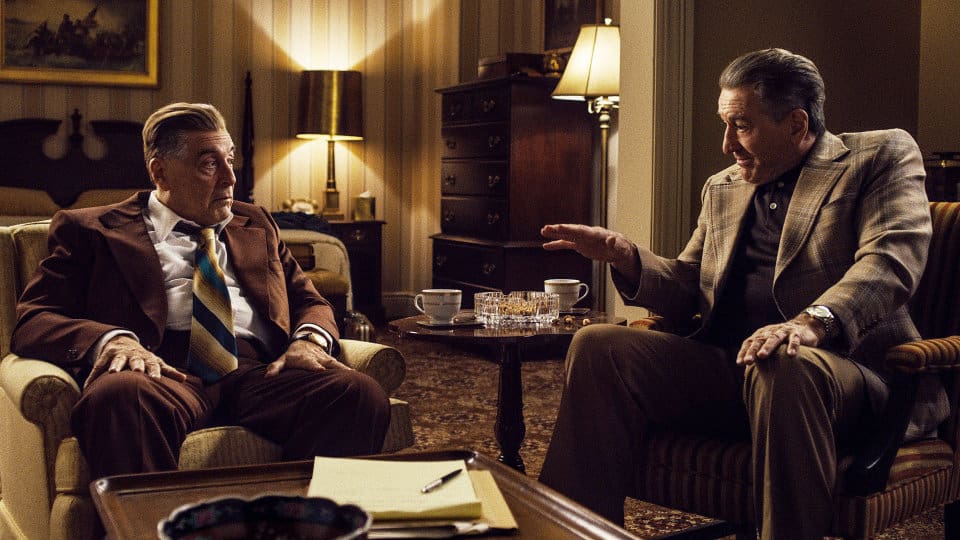 Have you ever sat around and wondered about all of the messed up things that could be happening in the world that you don’t know about? Martin Scorsese definitely has. The Irishman is a film that features an all-star cast of actors well-versed in the crime genre, telling a story that still feels new, despite the million mob boss movies that are out there.  This is a movie that you’re forced to pay attention to. And, despite a very long runtime, the Netflix streaming service makes it easy to devote half of your day to watch it. This review of The Irishman won’t be spoiling anything, but don’t worry – we don’t expect you to last long without feeling the need to watch it immediately for yourself.

Stories about organized crime are interesting to watch. It gives you a glance into the shady deals and gruesome killings that have gone on for decades. While the real world may not be as notorious as some of what goes on, it’s all in our perception. The thing with these killings is that it is built on the idea that nobody ever finds out who did it, so what’s stopping us from thinking about how easily it could have happened for real? Nothing. And that’s the magic of the crime and mob genres – your mind gets to play around with the idea of this dark stuff actually happening.

Mafia, crime, and mob boss films have been around for a long time. They were common in the 1930s, with themes that surrounded the failure of the economy in America. Later, in the 1970s, they made a comeback with a special thanks to The Godfather and its sequels. Later films like Goodfellas and The Departed solidified the genre’s long-lasting popularity. Slowly, a list of actors and directors became known for their powerful acting that really made you feel a part of that world. Robert De Niro, Joe Pesci, Al Pacino, Ray Liotta, and more were the go-to guys for this stuff. And at the core of it all is Martin Scorsese. 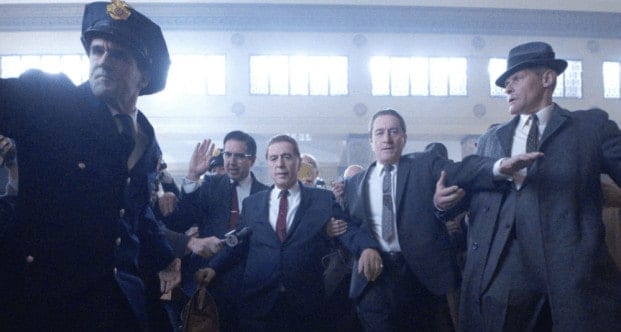 Martin Scorsese Knows His Way Around The Mob

The Irishman is a long movie on a streaming service. If it weren’t for the big names attached to the film, it’s unlikely that it would ever do well. But Martin Scorsese knows his stuff when it comes to making movies, especially when it’s about crime. Paired with his favorite mobsters Robert De Niro and Joe Pesci, and the always worth watching Al Pacino, The Irishman is bound to be a hit. Though the de-aging techniques used in the film have some mixed reactions. Regardless, it makes for a fresh filmmaking technique.

Scorsese has done a lot during his long career. He’s well-awarded and has been the director on a long list of films that don’t just stick to one theme. His 2016 film Silence explored the extremes people will go to stay true to their faith. Taxi Driver was a hit in 1976 for showing mental instability and unlikely bonds. And in between all of his iconic films, there is a constant collection of themes, collaborators, and a penchant for violence. He has found a way for crime movies to say everything that he thinks needs to. So, The Irishman becomes a story that only he could be trusted with telling. 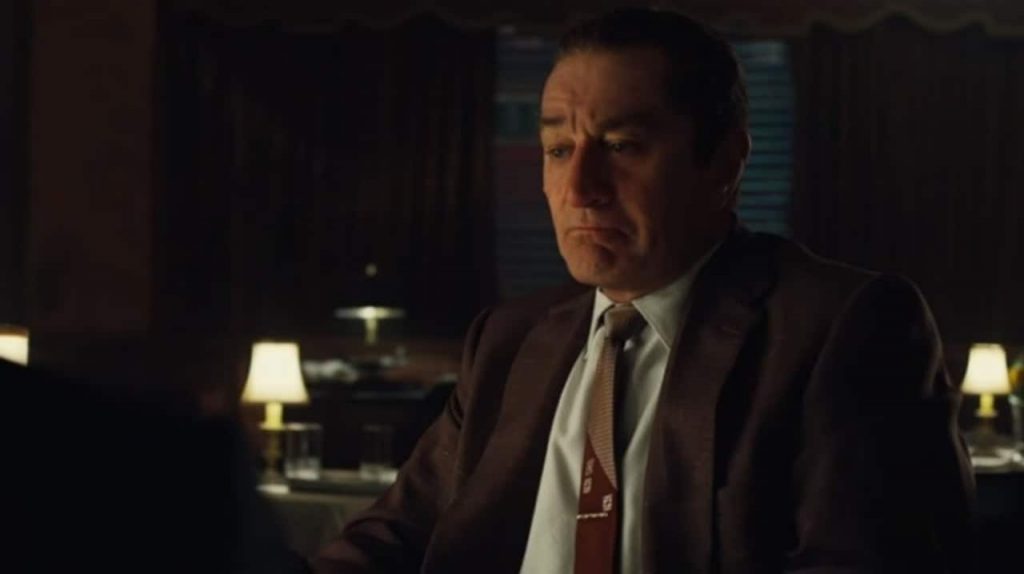 Who Is The Irishman? And Why Are We Watching?

“I heard you paint houses,” Al Pacino’s Jimmy Hoffa asks De Niro’s Frank Sheeran. He does, and he does his own carpentry, too. While I’m sure we’d love to watch him paint houses and pull out carpets for a few hours, we know that painting houses in this case means murdering folks. The line comes from Carles Brandt’s novel, I Heard You Paint Houses, from 2004. This movie didn’t come from thin air, but from a shocking book that reads almost like a memoir. Brandt tells the narrative of Frank Sheeran, a man who spoke to Brandt about his alleged experiences in the mafia. As an old man, Sheeran (now deceased) confessed to a history of shady crime, working as a contract killer, and some famous murders.

Jimmy Hoffa, a man at the center of The Irishman, is a very real figure. He was an American labor union leader and had a big level of fame as a union activist throughout the 60s. Nobody can say with proof that they know what happened to Jimmy. He went missing in 1975 and was later declared dead in absentia (when you have no proof of death, but can assume so based on no proof of life). He was involved in organized crime, and after a few years of imprisonment for bribery and fraud, was given a pardon from Richard Nixon.

Though his crime ties are pretty apparent, no one can say for sure what happened to him. Some thought he was buried under Giants Stadium, some think he’s in Florida somewhere, and even others think he was cremated at a garbage dump in New Jersey. This film adds a new tale to the legend, and one we won’t spoil if you don’t already know what happens.

This review is here to tell you that The Irishman is not a movie that you want to watch without paying your full attention to it. You can’t spend half of it talking or texting, or scrolling through social media. It begs you to pay attention to it. This epic crime story spins a web of (very dubious) history, relationships, and a slow-burn motive. Sure, we may have a pretty good idea of what might happen based on our knowledge of Jimmy Hoffa. And we all have a general knowledge of what mobsters can do. But it’s still thrilling to watch. And man is it ever good to see Joe Pesci and Robert De Niro back at it again.

This film is the culmination of years of Scorsese’s work on the genre. It’s his most expensive film that he’s done and the longest. It brings back old collaborators and an atmosphere of old-timey violence. It may not be as exciting as some of the other movies that are out this week, like the thrilling mystery Knives Out, but it’s riveting to watch, review, or just experience. And the best part? You don’t need to buy a ticket to see it since it’s available on Netflix for streaming.

To those who have watched The Irishman already, do you agree with our review? Does it live up to the hype? Let us know what you thought in the comments below!