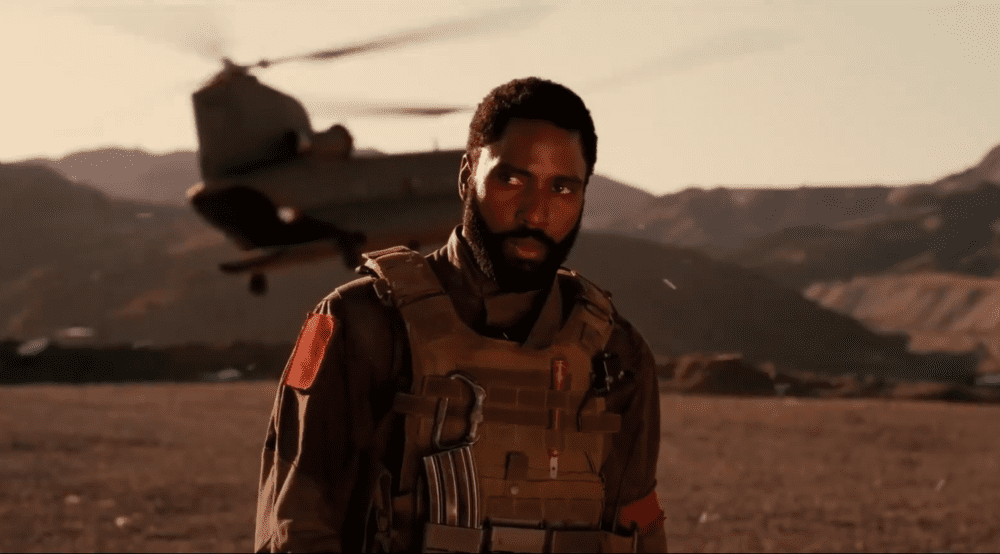 Nothing can stop Christopher Nolan. Yes, that includes a global pandemic. His most recent directorial feat, Tenet, is the first major release since COVID-19 hit earlier this year. While the movie was initially slated for a July release, theater closures around the world pushed it back. And, unfortunately, it’s still not playing everywhere. But lucky me, as every cinema in Canada seems to be playing it! So, without hesitation, I braved the public and sat in a cinema that only sold three other tickets. In this review of Tenet, we’ll take a look at whether it’s worth going out to see, and if it really is Christoper Nolan’s next masterpiece.

Don’t worry; we won’t be writing any major spoilers here. However, many fans prefer to go into a Nolan film blind. If that’s you, bookmark this review for after you watch the movie.

Have you ever watched a recording in reverse and thought that it looked neat? Well, Christopher Nolan did the same thing once and decided to write an entire movie about it (probably). The central theme of the film is toying with time through inversion. It’s not as simple as time travel, nor as complex as a time heist. Inversion is enough of a threat that World War III could happen, yet its rules remain unknown to anybody who might be too eager to spill the secrets.

Interstellar, Nolan’s 2014 space exploration film, deals with topics of the unknown. The deep and mysterious uncertainties of space are dealt with as they come up, and both the characters and the viewer know that it holds more secrets than we’ll ever know. With Tenet,  however, the reason for utilizing inversion remains up for debate. It’s a complex and futuristic theme to deal with, and it’s hard to imagine being faced with the task of having to learn it all in the same way that John David Washington does. Honestly, we’re just lucky that we’re not put up to the task. 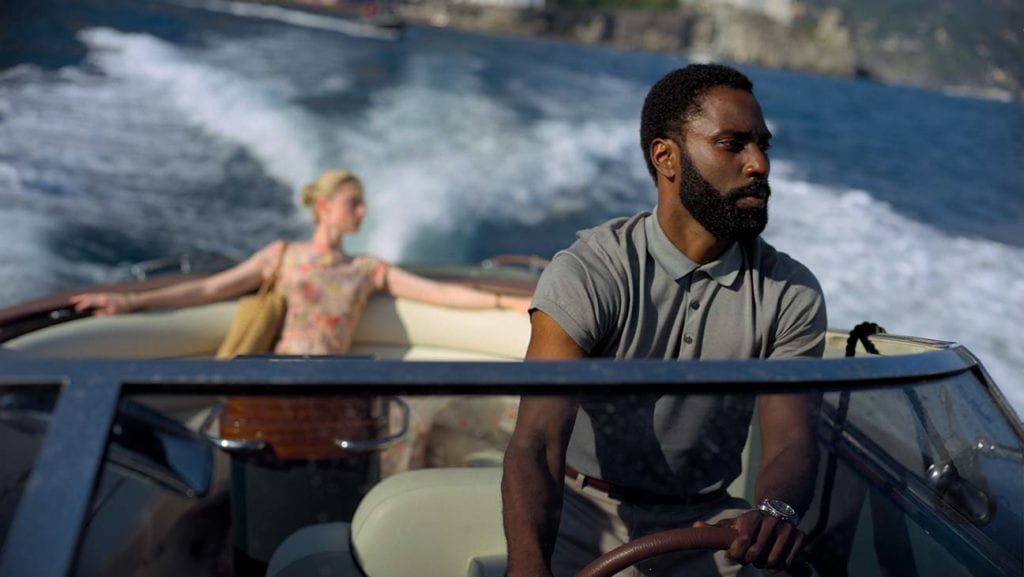 This Is An Action Film Above All Else

Tenet is labeled as a spy film. In Nolan terms, this means an intense action film with some espionage behind it all. The genre may seem played out, since dramatic car chases, explosions, and questionable motives appear far too often in cinema. Though, if this director has proven anything, it’s that he’s creative enough to turn a genre inside out and play with our expectations.

The most outstanding achievement of Tenet is how it handles action. With such an original screenplay, none of the gunshots, fighting choreography, and chases feel like something we’ve seen before. While it thrives in this genre, its dramatic way of leaning into the spy-action style takes away from its ability to be something more profound.

Tenet shocks and elates by the grandiosity of everything going on, but the emotional core and risks taken by each character feel like an afterthought. Inception, Christopher Nolan’s pièce de résistance, has the action and thrills, but it also has Cobb and Mal at the heart of it. This gives our hearts something to ache for as we root for each character. Tenet decides that it doesn’t want to bother with such emotions. 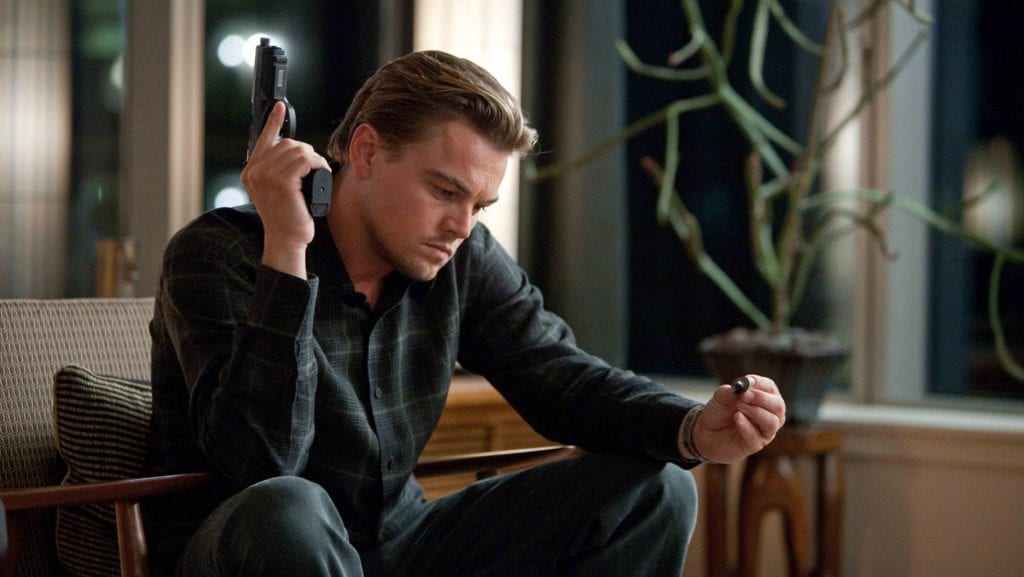 Inception knew how to keep it exciting and deep. Image via Warner Bros. Pictures.

Tenet Doesn’t Always Sound The Way We Think It Should

A common complaint about Tenet goes beyond the plot. Simply put, the movie is hard to hear. The dialogue between characters is often buried beneath the ongoing noise of the film and a heavy score. With an amateur director, we may think that this was just a bad mistake. Though, it seems intentional. Whether you agree with this decision or not, any theater-goer may want to consider re-watching it with subtitles.

The Leading Stars of Tenet Perfect What They’re Given

John David Washington has acting in his blood, but his experience behind the camera pales in comparison to other Nolan leads. Yet, his bold portrayal of The Protagonist is filled with so much confidence that a casual watcher would be surprised to hear how little he has been in. The character is sharp, eager, and unwilling to accept defeat, and Washington nails it.

Robert Pattinson’s role in the film has been highly anticipated. The actor, best known for playing a not-so-respected Edward Cullen in the Twilight saga, will soon be stepping inside of the Batmobile with Matt Reeves’ upcoming The Batman. So, everyone has eyes on Pattinson to see if he shows potential, even if he’s already shown it through the rest of his acting credits. Regardless, after watching Tenet, I can say with 100% confidence that I think he will make a perfect Batman. He’s charismatic yet chilling, friendly yet worthy of fear, and obviously up for a challenge. 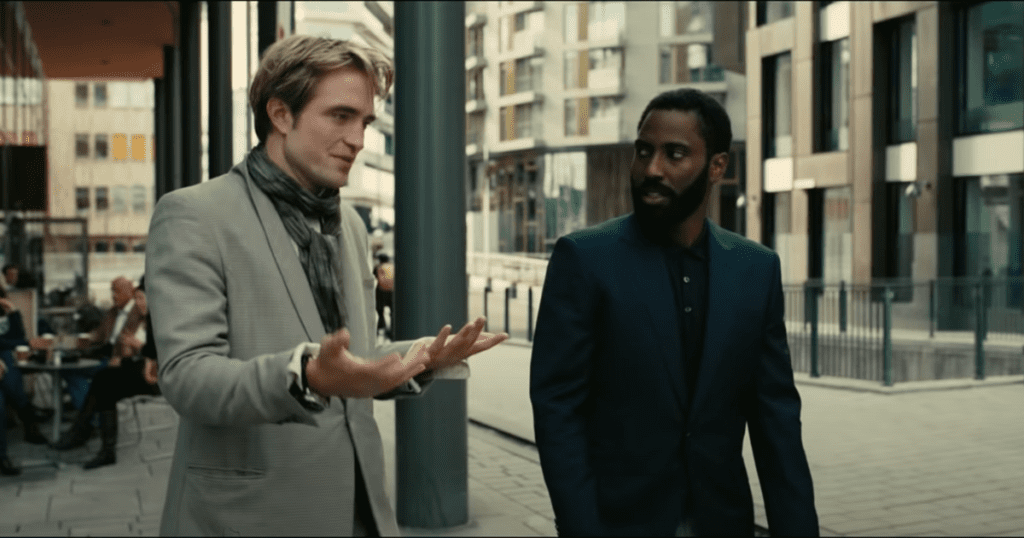 Even without having to wait months for a big release, Tenet was always going to be the talk of the town. Some fans even took a three-hour flight to find a theater that is showing the movie. Talk about fan dedication, right?

As a Nolan fan, this movie doesn’t leave me with as much heartache as Interstellar or as much excitement as Inception, but it does leave me impressed by the imagination of Christopher Nolan. He has built a career that allows him to bring any thought to the big screen, no matter how big or expensive. And, knowing how intricate his creations can be, you’re not sitting through a film wondering how it will end. Instead, you sit there and wonder what is behind the next corner.

Not everybody will like Tenet. In fact, many reviewers are undecided but are confident in saying that it’s not his masterpiece. Still, I don’t think we’ve seen Christopher Nolan at his best. With increasing confidence, credibility, and the ability to get as big of a budget as he needs, I think that Tenet is just another step for Nolan as he decides how he will shake the world next.

Do you agree with our review of Tenet? Let us know what you thought of the film. You can also join in on a discussion on whether you’re planning on seeing it or not, or you can check out another of Nolan’s films in our Inception retro review.

Games With Gold for September – Four Free Xbox Titles
The New Mutants Movie Review: Seems Like I’ve Been Here Before