The DC Comics universe of stories is growing at quite a clip. The new series Superman & Lois just debuted, and it’s a gem of a show. Also, Zack Snyder’s Justice League is set to hit HBO Max next month. Andy Muschietti is currently working on a movie starring Ezra Miller’s Flash that’s set to open up the DC Multiverse. Finally, Bad Robot is working on an entire suite of Justice League Dark projects, and it seems another Kryptonian story. A new report says that JJ Abrams will produce a new Superman movie written by author Ta-Nehisi Coates. Even though there are currently two Supermen flying around, there’s a possibility that they are looking to recast. However, the report states that no active casting is underway.

It’s been a good year for the Between the World and Me author. The first novel by Coates, The Water Dancer, is getting a film adaptation. He completed a stellar run on Black Panther last year, and worked with Yona Harvey and Roxane Gay, World of Wakanda. Damon Lindelof, of LOST, The Leftovers, and Watchmen fame, cited his work as a major inspiration for the series. Not the least of which was starting the show with the Tulsa Massacre, a brutal attack on black Americans largely erased from history.

Yet, the story of Superman is the American story, and not entirely exclusive to white folks. Superman was sent to Earth, to Kansas, and had to integrate into a world totally alien to him. That he passes as white made that easier for him. Yet, many comics fans have wondered what that story would look like if Superman instead passed as Black.

This new Ta-Nehisi Coates Superman project is still in the early stages, with casting not underway as of yet.

From ShadowAndAct.com, who broke the story:

“’To be invited into the DC Extended Universe by Warner Bros., DC Films and Bad Robot is an honor,’ said Coates in a statement received only by Shadow and Act. ‘I look forward to meaningfully adding to the legacy of America’s most iconic mythic hero.’

“’There is a new, powerful and moving Superman story yet to be told. We couldn’t be more thrilled to be working with the brilliant Mr. Coates to help bring that story to the big screen, and we’re beyond thankful to the team at Warner Bros. for the opportunity,’ said J.J. Abrams in the statement to S&A.

“’Ta-Nehisi Coates’s Between the World and Me opened a window and changed the way many of us see the world,’ added Toby Emmerich, Chairman, Warner Bros. Pictures Group. ‘We’re confident that his take on Superman will give fans a new and exciting way to see the Man of Steel.’”

Coates’ inclusion in this project is a little surprising. While he’s long been openly a comic book nerd, he is selective about his particular pantheon. Back in 2015 he gave an interview to Vulture.com in which he said that he had read almost “none” of DC Comics’ stories.

“For reasons right or wrong, you’ll see the lead character for DC is Superman. So, truth, justice, and the American way. And, not even consciously, I just kind of said, ‘Hmm, maybe not.’ Then you pick up X-Men, right, and you see all these weirdoes and freaks, you know? And you think, ‘Oh man, that kind of rings true for me’ When I was a kid, I didn’t even think of Peter Parker as white. It didn’t even occur to me.”

Marvel comics’ godfather, the late Stan Lee, often said that Spider-Man’s appeal was that under the mask he could be anyone. (Even you!) Coates went on to point out that this is reflective of how “race is not a real thing,” and he identified with the outcast Marvel characters more. Yet Superman’s whiteness, even though he’s an alien, defined the character for him, and he isn’t even sure why that is. 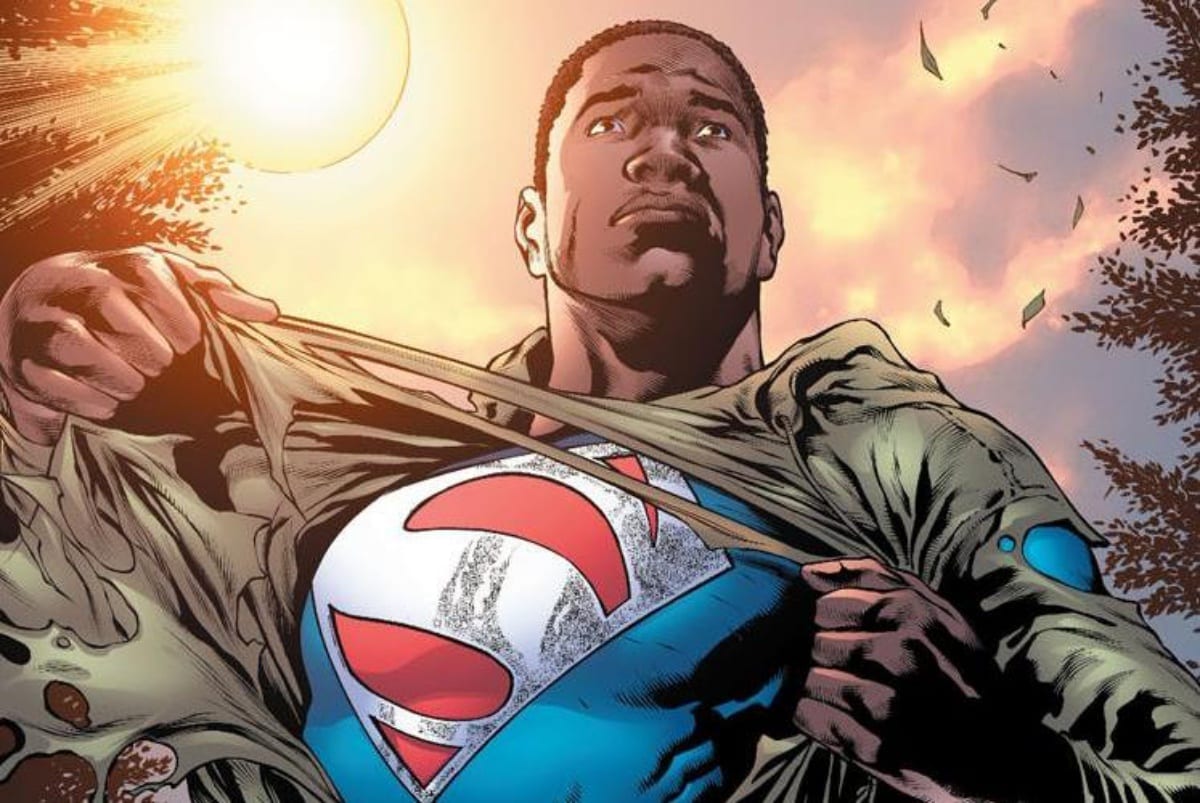 Despite Henry Cavill being eager to return to the role of Superman, it’s unclear if he’ll be involved or if they are going the same route they went with The Batman, starting completely anew. Still, with Coates penning the script, it’s a fair assumption to wonder if we may not see a story about Kal-El at all. There already is a Black-passing Superman in DC Comics named Val Zod. A relation to the notorious General Zod, he’s a different kind of Superman. He’s still a hero, but his experiences behind the “S” shield are different than Kal-El’s. We also know that Abrams is looking to cast an actor of color in the role of John Constantine.

Fans can currently see Superman in Superman & Lois on the CW or Zack Snyder’s Justice League debuting on HBO Max on March 19, 2021.

What do you think? Are you excited that Ta-Nehisi Coates will write a Superman film produced by JJ Abrams? Do you think he should focus on Val-Zod rather than Kal-El? Share your thoughts in the comments below.