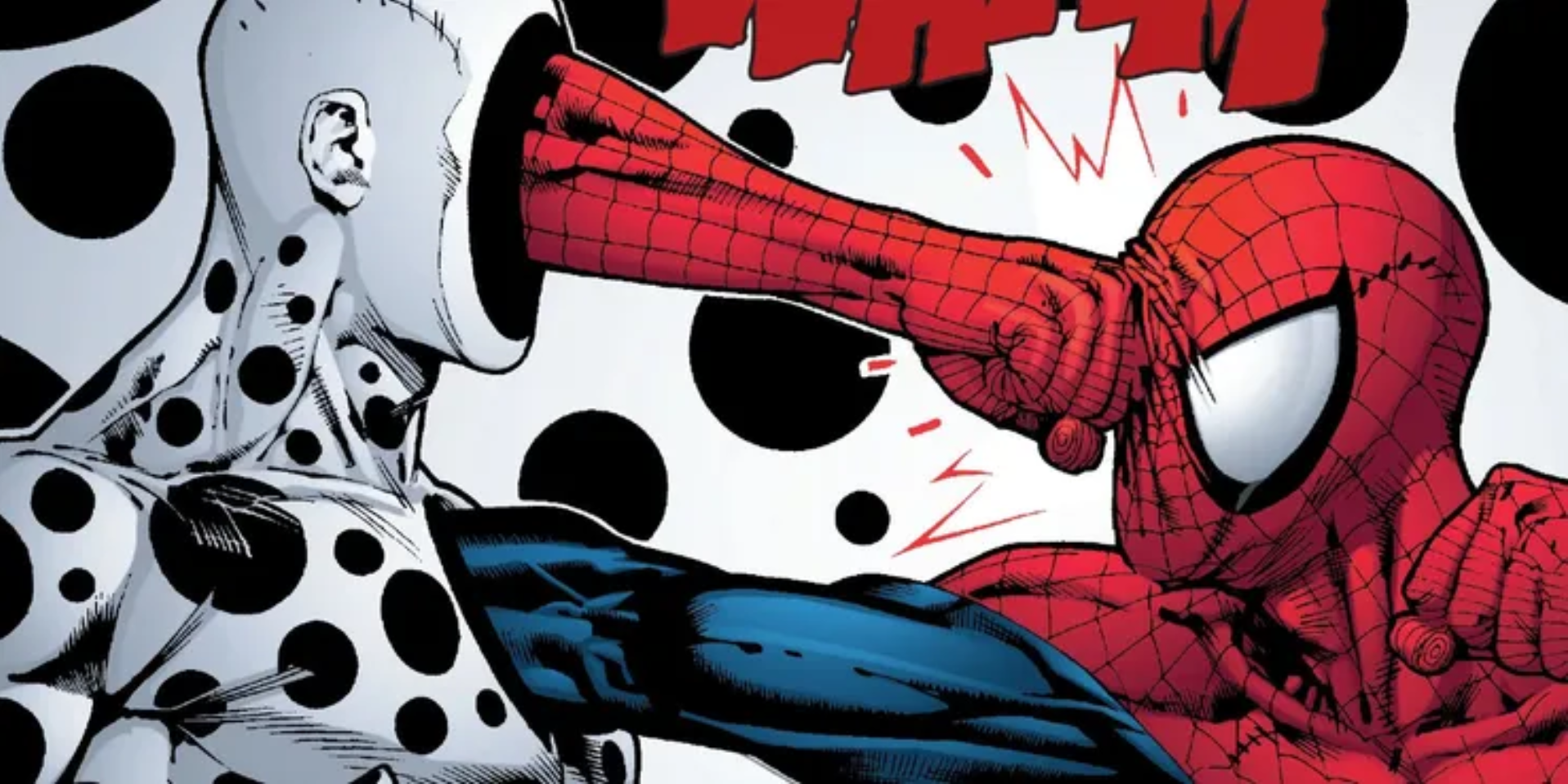 The Spider-Verse sequel, Across the Spider-Verse, will feature a new villain in the guise of The Spot.
The 2018 animated film stars Miles Morales (Shameik Moore), an African-American and Puerto Rican descent rebellious teenager. Together with Morales are a couple of Spider-Man variants from across the Spider-Verse. Accompanying him in his adventures were Peter Parker/Spider-Man (Jake Johnson), Gwen Stacy/Spider-Woman (Hailee Steinfield), Peter Porker/Spider-Ham (John Mulaney, Spider-Man Noir (Nicolas Cage), and Peni Parker (Kimiko Glenn).

In addition, the film grossed a total of $375.5 million worldwide, which is enough reason for Sony to push for not one but two more sequels. The first Spider-Verse sequel, Across the Spider-Verse, will premiere on June 2, 2023. Meanwhile, Beyond the Spider-Verse will hit the big screens by 2024.

That said, Spider-Man: Into the Spider-Verse was a massive success for Sony. Ultimately, the movie was a huge win for animated films.

The trio of Bob Persichetti, Peter Ramsey, and Rodney Rothman directed Into the Spider-Verse. Meanwhile, the new trio of Joaquin Dos Santos, Kemp Powers and Justin Thompson will direct Across the Spider-Verse.

Recently, Sony revealed the new villain Miles Morales will face in the sequel. And in a recent interview, the directors of Spider-Man: Across the Spider-Verse shared more details about the new villain.

The Spider-Verse sequel, Across the Spider-Verse, will follow Miles Morales’s and Spider-Gwen’s interdimensional adventures. In this cross-universe adventure, the duo will encounter their foe, The Spot. Sony revealed that Jason Schwartzman will be the voice behind the comic-based villain.

Dr. Jonathan Ohnn was an MIT scientist before he became the Spot. He was one of the Kingpin’s workers, and after a failed experiment, he received superpowers. The Spot can create micro-portals and manifests them throughout his body. With this quirky superpower, he is virtually impossible to attack as he can deflect any blow that comes his way. He can even toss the portals around, making the whole ordeal a lot difficult for his foes.

In an interview with CartoonBrew.com, the directors mentioned how they knew early on that The Spot would be the movie’s main villain. They say that Spot is “an awesome sort of opposite to Miles.”

“Pretty early on we knew the Spot was going to be our main villain. Without an awesome villain, who you sort of can understand with their through-line, you don’t really have a strong story for your main character. So he’s an awesome sort of opposite to Miles.”

On The Spot’s powers

Powers pointed out that Spot has a few similarities with Kingpin, the main villain in the first film. For him, Spot has a “strong story that was the perfect complement to Miles.” We’ll get to understand more about what he said when the Spider-Verse sequel releases.

Similarly, speaking of Kingpin, Vincent D’Onofrio sparks the possible return of the iconic villain.  With the latest cameo of the actor in Hawkeye, it seems like it’s only a matter of time before he appears in MCU films.

Discussing the Spot’s powers, Dos Santos claimed that his powers are “an artistry come to life.” And such visualization can “only really happen in animation.” The success of Into the Spider-Verse has highlighted the greatness of animation as a medium in films—a medium often neglected by many.

“And his living ink really is just, I think we’ve all been saying, it’s not just an effect. It’s artistry come to life. It’s something that can only really happen in animation. You can imagine Spot as a dude in a sock suit in a live-action Spider-Man film. It’s not going to work. It’s just not going to work. So he’s art come to life. He’s the inkwell spilled on the page. It all goes back to sort of comic books and comic book art.”