Spider-Man: Across The Spider-Verse, Secrets Revealed!

Home » Movies » Spider-Man: Across the Spider-Verse

Spider-Man: Across the Spider-Verse, Secrets Revealed!

The trailer for Spider-Man: Across the Spider-Verse has just been released. This multiverse created by Sony is about to get much bigger and more dangerous. The trailer is a succession of images at full speed and memories of the first installment. Surely you have missed some detail, so let’s unravel the trailer to discover all its secrets.

Spider-Man: Across the Spider-Verse, All Secrets Revealed!

We have been closely following the sequel to one of the best Spider-Man movies for months. We’re talking about the animated Spider-Man: Across the Spider-Verse, the Sony production that left fans in awe.

We are finally in front of the trailer we have been waiting for so long. Spider-Man: Across the Spider-Verse has unveiled a new teaser that makes it abundantly clear that the Sony production hopes to match or exceed the success of the first installment. Miles Morales’ adventures will take him to meet characters from the universe that are very dear to fans.

From some images revealed by Sony and merchandising of the film, we already knew of the appearance of Spider-Gwen, Spider-Man 2099. However, the trailer promises that we will see countless versions of the wall crawler that we can’t even imagine. As we said, the trailer is a succession of images at full speed. But if we analyze it calmly, we will see that two Spider-Man, in particular, appear right under our noses.

This trailer has confirmed that we will see Peter Parker and Miles Morales from Marvel’s Spider-Man 2 universe, the version created by Insomniac Games for PlayStation. There we have them walking around, chatting in which Parker seems to be calling the shots.

Anna-May “Annie” Parker in Spider-Man: Across the Spider-Verse

Another fascinating appearance comic book fans will have seen is that of Anna-May “Annie” Parker. A rare version of the character from the Renew Your Vows comic book series will appear in Spider-Man: Across the Spider-Verse. The scene is short, but we can see her in the background walking next to someone dressed as Spider-Man.

Spider-Man Fantastic Four in Spider-Man: Across the Spider-Verse

We also have a rare version of the arachnid. At one point, Spider-Man had to turn to the Fantastic Four to borrow a suit. The detail is that the suit of this team does not wear a mask, but Peter Parker must hide his identity. So he decides to use a paper bag to hide his face. Surely the most gamers already know this character as it appears in the PS4 game. Another character featured in the trailer is Jessica Drew, aka Spider-Woman. Although looking quite different from the comics – and with seemingly slightly different powers, as Earth-616’s Spider-Woman never had web-slinging powers like the ones shown here – she wears a biker suit and jacket that are very reminiscent of Kris Anka’s 2014 update of Spider-Woman’s design.

Also seen in glimpses is a version of Amazing Spider-Man #100 and the 1990s animated series. This is the six-armed Spider-Man. In this story, the mutation caused by the spider bite makes our protagonist develop six arms, just like a spider. This is quite a traumatic event for Peter, and it would be interesting to see it in the movie.

It Will be a Major Spider-Man Event 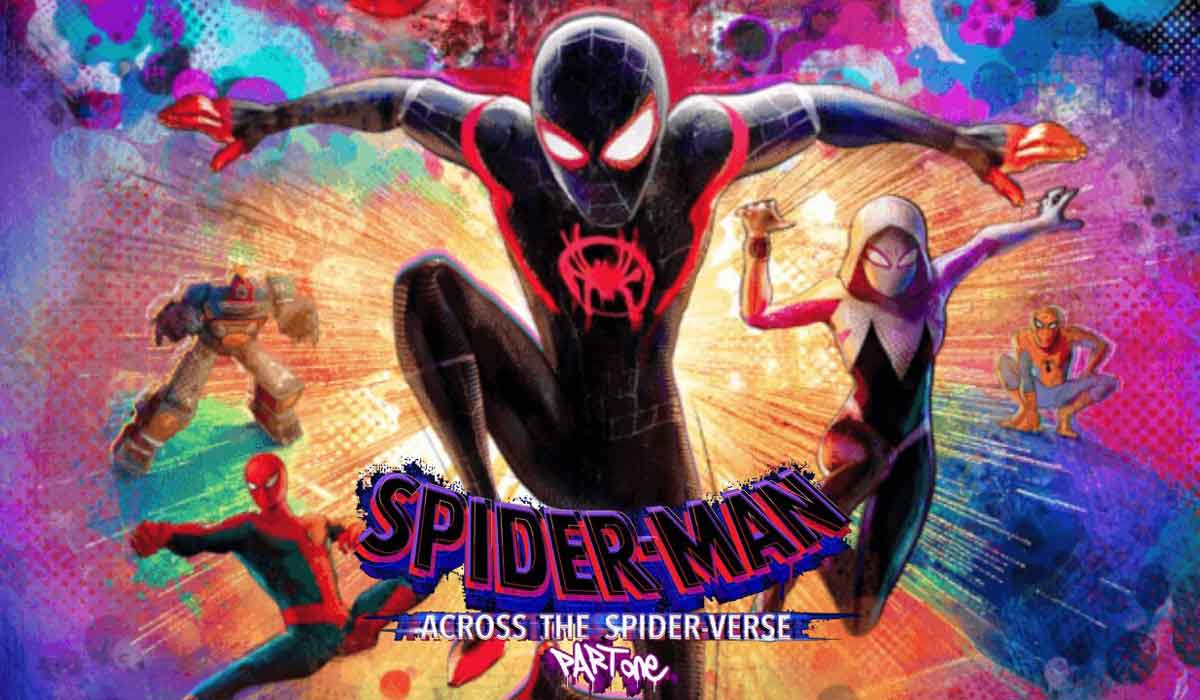 Spider-Man: Across The Spider-Verse promises to be an event on par with No Way Home. The first part surprised many of us, as no one expected Sony to unveil such a high-quality animated production. It seems that the first part was just the prologue, and that there is a lot left to tell within the adventures of Miles Morales.