Soul Review: Pixar Does It Again and This Time It’s Even Better

Home » Movies » Soul Review – Pixar Does It Again, And This Time It’s Even Better

Soul Review – Pixar Does It Again, And This Time It’s Even Better 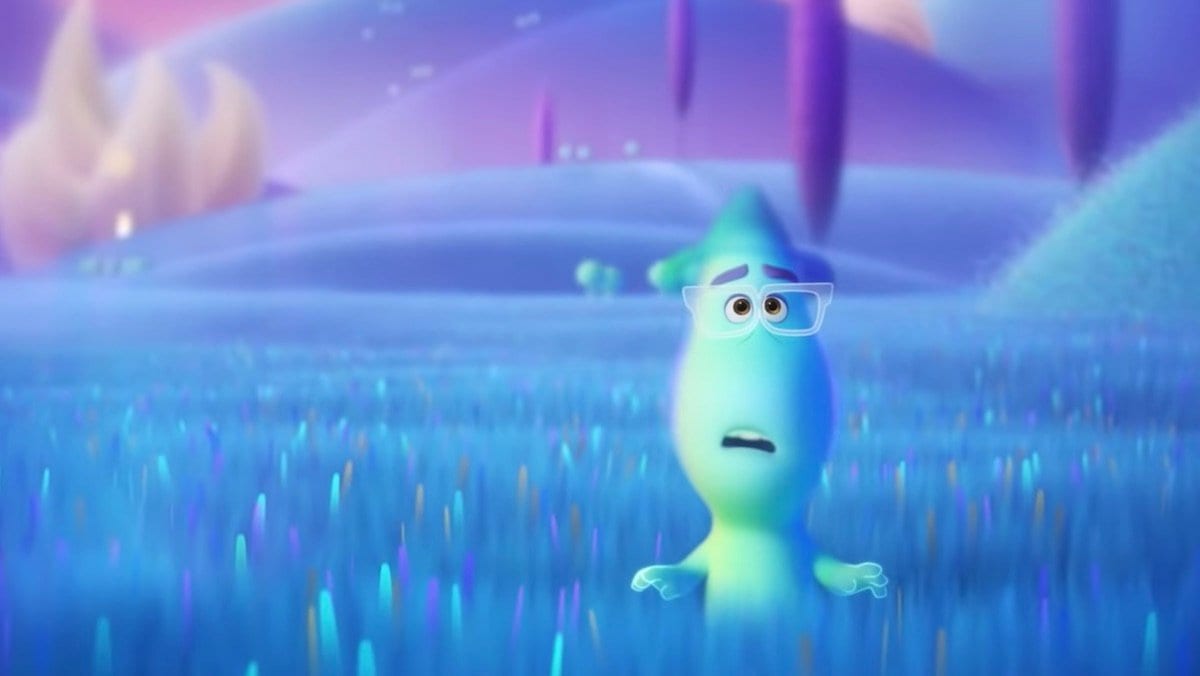 All of the films released in the latter half of 2020 have been surrounded by plenty of news stories. With Tenet’s wild “will they/won’t they” release schedule and Mulan hitting Disney+ for a premium fee, among other news stories, it has seemed like every movie presence has become bigger than the plots themselves. Despite being pushed back earlier this year, Soul managed to drop on Disney+ on Christmas Day. This release feels like a breath of fresh air in the chaotic schedule of the past year. We’ll take a look at why this Pixar movie escaped confusion and instead landed straight inside of our hearts in this review of Soul.

Plenty of people begin to grow older and wonder if they missed their shot at a successful career. Joe Gardner (Jamie Foxx) is one of them. This middle school music teacher has spent years trying to make it as a jazz musician but is left feeling trapped when he spends his days teaching music to not-so-talented youngsters. Eventually, one of these kids, Curley, grows up to perform alongside the well-known and talented Dorothea Williams (voiced by Angela Bassett.) Gardner gets a shot at success and is invited to play alongside him, and his heart soars!

“I would die a happy man if I could perform with Dorothea Williams,” Gardner tells Curley before getting the opportunity. Little does Joe know, but death might be upon him sooner than he thinks. Hours ahead of their performance, Gardner is in an accident that should kill him. His soul begins to head to the Great Beyond, but he refuses to cross. He won’t go before he can achieve his dreams of finding success through jazz. In a desperate attempt to return to his body, he ends up in the Great Before.

The Great Before Teaches Us About Life

Have you ever wondered where your personality comes from? In reality, it comes from a mixture of genetics and personal experiences. And unfortunately, it can be pretty hard to change. Though, in the Pixar world, our personalities are formed long before our bodies are placed on this earth. They are formed with the help of mentors who do their best to inspire the finding of a “spark,” which may or may not be something that drives you towards wanting to live a fulfilling life.

Joe ends up being instructed to mentor 22, a budding personality who has yet to feel ready enough to head to Earth. Voiced by Tina Fey, this soul is unwilling to try and thinks that becoming a person is overrated anyway. But she’s been around for long enough and is eager to help Joe back to his body. Through their attempts at cheating death, Joe and 22 teach each other a lot about what it means to be alive and, more importantly, to thrive.

A central theme throughout the film is finding your spark. But what is a spark, really? Is it something that we’re passionate about, something we’re good at, or what makes us whole? Joe Gardner knows that his spark is music. After all, he’s pretty darn good at playing the piano. But is this enough to bring him fulfillment?

Both Joe and 22 must learn that what makes our lives special isn’t a single spark. Rather, it’s about the ability to feel the beauty in every moment and find peace in the little things. Sometimes it’s the wonder we feel when looking at an overpowering sunset, the sense of home that we feel when we eat our favorite meal, or the inner peace that swells inside of us when we watch our loved ones laugh. 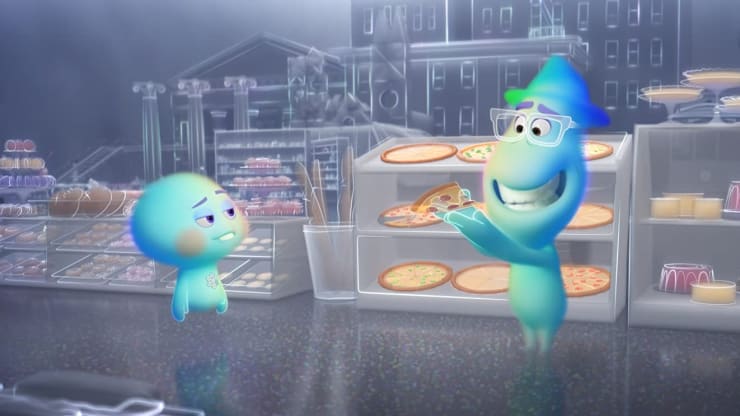 Movie studios have always known that making a family-friendly film is far more than just making something for kids. Sure, there is a space out there for movies targeted only towards the younger crowd, and directors like Robert Rodriguez have settled in this niche. But Pixar sees that family films need a little something for everybody. That includes kids. But adults are the ones that buy the tickets or turn on the television, and Soul gives them something worth tuning in to.

Soul has creative animation and funny animal-based humor that even the youngest kids can enjoy. But it also has some humor that will go right over their heads, and that’s where we are to catch it. It’s intelligent, making jokes about important people through history. Everybody from Carl Yung to George Orwell gets a shoutout. The film also has a surprising amount of dark existential humor, providing that the studio has embraced the combination of kid comedy and the curiosity and interest of the adult crowd, too. 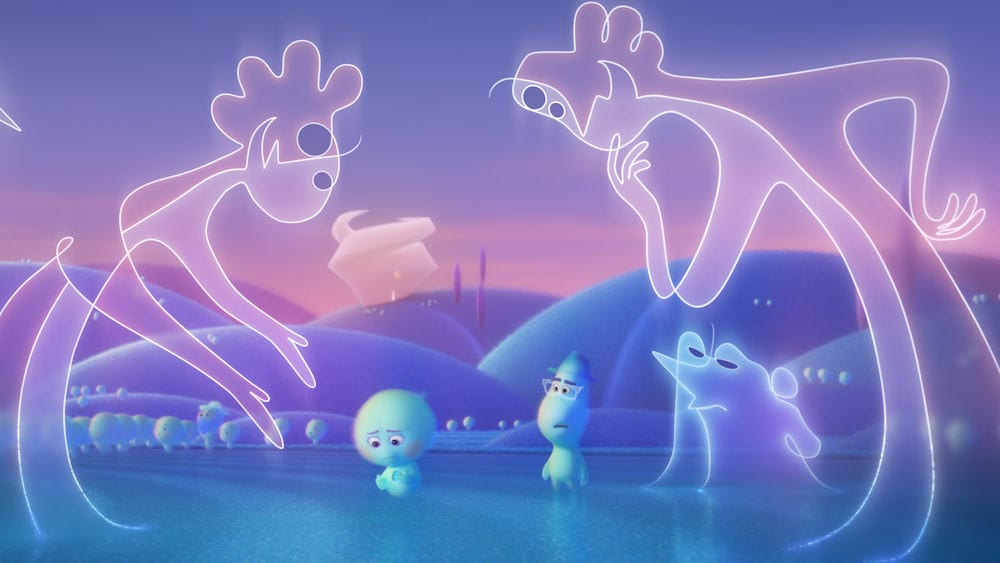 A Christmas Present For The World

Soul was initially slated for a June 2020 release. Sitting in the background as larger releases went through movie theater drama, the film was eventually pushed straight to streaming. This allowed it to sit on the release calendar for long enough to avoid much of the “when will it release?” questions that so many other films, like Wonder Woman 1984, went through. Plus, this gave us time to plan our holidays around it!

Above all else, what Soul manages to do best is give us some Christmas spirit, despite being miles away from a Christmas movie. I know that I’m not alone in experiencing a holiday season that looks slightly different this year. So, when I woke up early on Christmas morning without the usual festivities, I rolled over and started streaming Soul. Rather than spending the morning feeling glum, I got to spend it loving the film and reflecting on the sparks in my life.

Maybe you’re like me and have to spend the season alone due to lockdown restrictions. Or maybe your family could still come together but had to say no to their usual traditions. No matter where you are in the world this year, having such a massive family movie hit a popular streaming service gave millions of us something to lock forward to. Has Disney+ unlocked the key to holiday streaming? They might have.

Have you gotten the chance to stream Soul on Disney+ yet? If so, let us know if you agree with our review of Soul. Did it live up to your festive expectations? Let’s talk about it!

Reservation Dogs Greenlit: Native American Comedy Coming To FX
An Extended Version Of The Tron: Legacy Soundtrack Has Been Released By Daft Punk