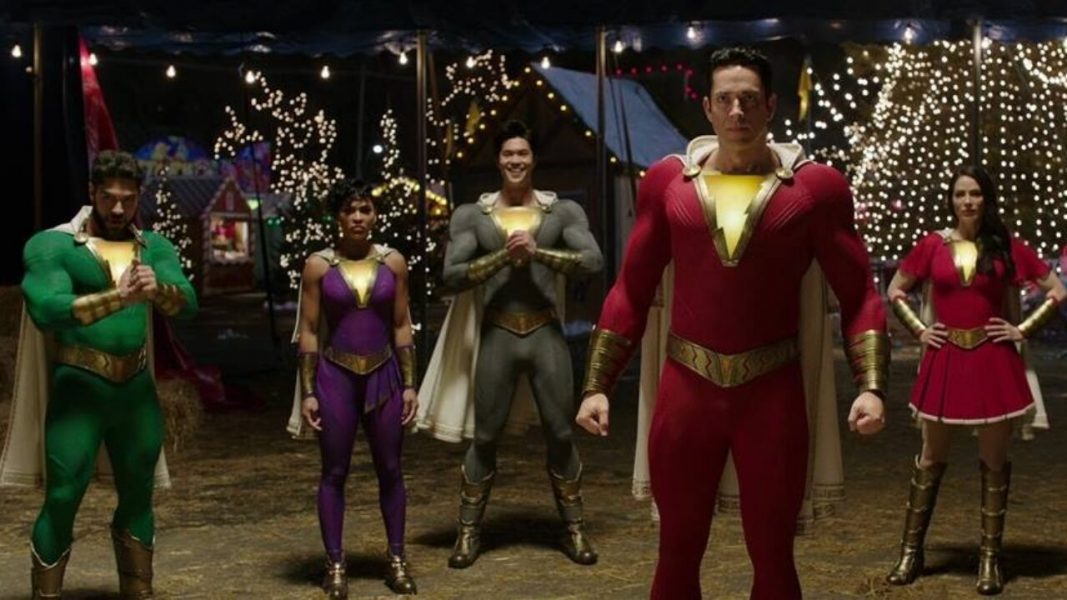 There’s nothing quite like a fun superhero movie. We have been given a slew of fabulous villains and gritty cinematography highlighting the dark world of heroism in the past, but 2019’s Shazam! brought us to our comic book nerd roots and stressed the importance of light-hearted action and the genuine excitement behind powers. We have been eager to recreate this magic with the upcoming sequel. Finally, the first look at Shazam Fury of the Gods is here, thanks to the DC FanDome event.

Get Your First Look At Shazam Fury of the Gods

The first look at the upcoming film shows lead Zachary Levi sharing some fun behind-the-scenes clips and sneak peek scenes. Not only does this show our favorite heroes back in costume (and some looking all grown up, like Jack Dylan Grazer), but it also gives us an idea of what to expect from the movie. Director David F. Sandberg is shown sharing how the plot will revolve around the gang balancing their superhero personas with the rest of their life.

The clips let us see Helen Mirren and Lucy Liu in costume as the lead villains, Hespera and Kalypso. There are also promises of mythical creatures, like minotaurs and dragons. Sign us up! Based on our expectations for the first film and the deep history of the comics, this sequel promises a fun and innovative superhero flick with enough heart to keep us wanting more.

This teaser for Shazam Fury of the Gods has joined the list of thrilling news to come from DC FanDome. Other news shared during this virtual event includes a first look at Black Adam, The Batman, and more!

Readers, let us know your thoughts and expectations for Shazam Fury of the Gods after seeing the first look. Has it been a highlight of your DC FanDome experience? It has been for us!

The Batman DCFanDome Trailer 2 Gives Us Year One By Way of Se7en
DC Fandome 2021: Kill The Justice League Footage Revealed