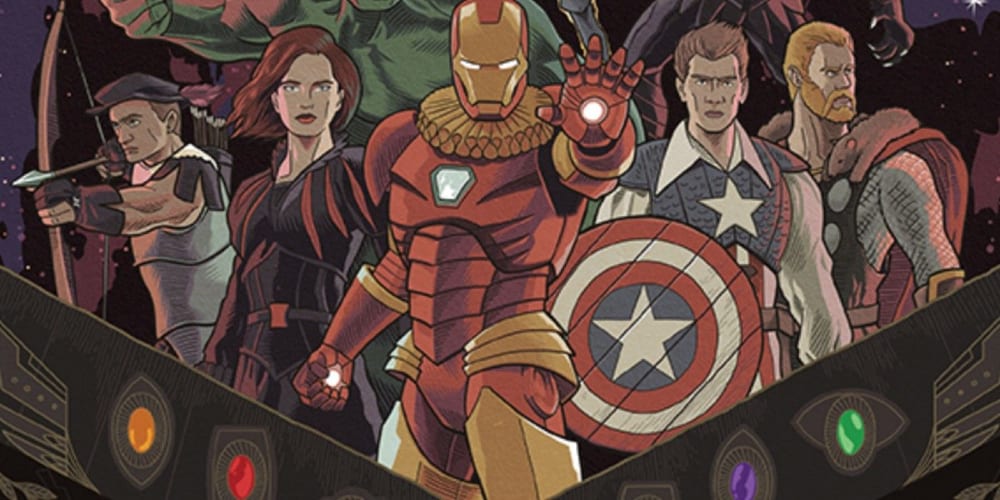 One of quirk books’ most wondrous sellers is the Shakespearean Star Wars series. But, aside from Much Ado About Mean Girls and Get Thee Back…to the Future, they hath not yet maketh any others. However, yond’s about to changeth in a most epic manner. Because cometh in Septemb’r, Quirk Books and Marvel art releasing Shakespeare’s Avengers: the Complete Works. Verily, by complete, those gents and madams intend on all four Avengers movies, in Shakespearean style, in one booketh. Doth thee knoweth how like a silver bow yond is? 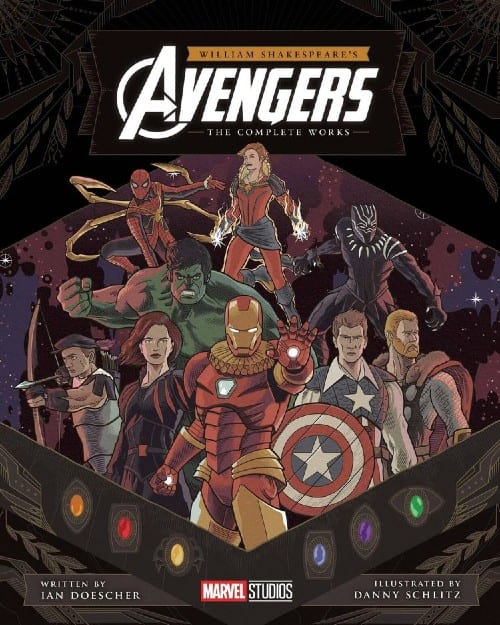 Thou shalt be quizeth on the morrow! (Image: Quirk Books)

If’t be true thee has’t readeth Shakespeare’s Star Wars, then thou already knoweth how wonderous this single-volume series shall beest. As the publish’r describes in their product listing:

What if the most epic cinematic franchise of all time had been penned by the greatest playwright of all time? Wonder no more! William Shakespeare’s Avengers: The Complete Works reimagines all four films as plays by the Bard of Avon, complete with authentic meter and verse, stage directions, and entertaining Easter eggs. Fans will experience their favorite scenes, characters, and lines in a new—yet fully faithful—way, through monologues and dialogue by everyone from Captain America to Groot (’Tis I!).

Not only is Ian Doescher (Shakespeare’s Stat Wars) penning the four plays, but artist Danny Schiltz shall composeth illustrations throughout. However, taketh not’ith of the East’r Egg remark. P’rhaps we shall receiveth the Paul Bettany vision scene those gents cutteth from Avengers: Endgame? Or, haply, in Quirk Books and Marvel’s Shakespeare’s Avengers, we shall seeth Valkyrie as a que’r sup’rh’ro. Indeed, with this parody, th’re art nay limits to what those gents can doth.  Well, as longeth as the plays soundeth liketh this.