Home » Movies » Rocketman: The Musical Biopic We’ve Been Waiting For

Rocketman: The Musical Biopic We’ve Been Waiting For 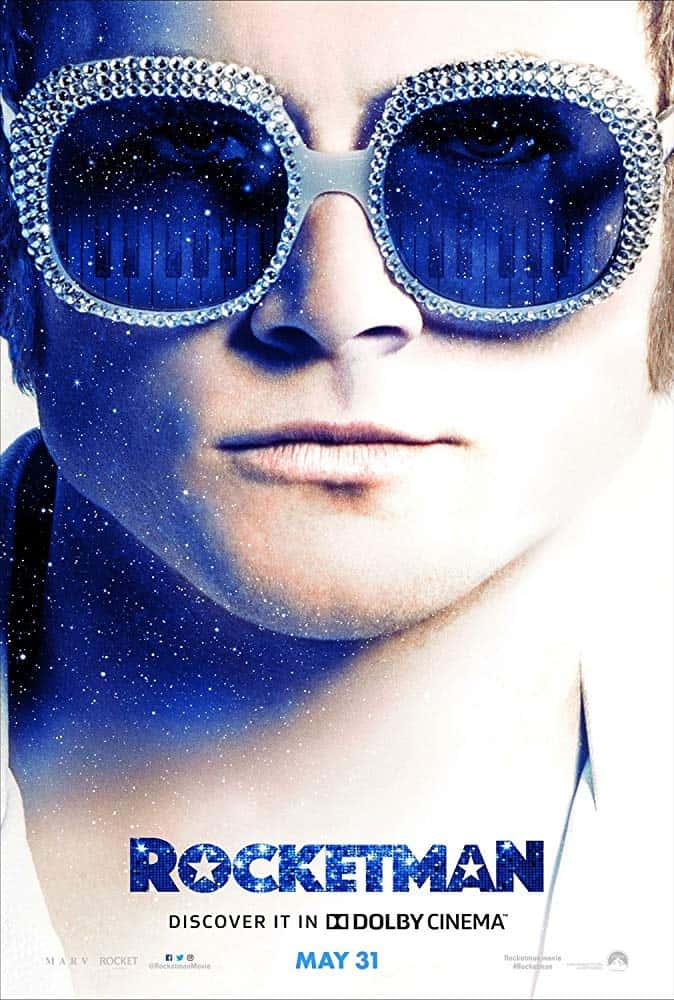 Despite a lot of drama behind the camera, Bohemian Rhapsody turned out to be an excellent film, thanks mostly to Rami Malek’s performance as Freddie Mercury, but also because of the director who came in to finish the movie when the studio fired Bryan Singer–Dexter Fletcher. Fletcher was actually supposed to direct Rhapsody, but he and the producers didn’t see eye-to-eye on their vision of the movie. Fletcher wanted to make an R-rated musical using Queen music to tell the story. The studios wanted something PG-13. While he didn’t get to make his grand musical biopic for Queen, in Rocketman, Fletcher finally does. And it’s amazing.

Not the Man You Know At All

Rocketman details the rise of Elton John’s fame, and how the stress of that fame made him addicted to, well, everything. His story is quite similar to Freddie Mercury, minus the AIDS and dying young. It might appear that John’s substance abuse and sex addiction is much more severe, but that’s only because Bohemian Rhapsody held back to keep it PG-13. Rocketman does not, and the movie is much better for it. Add the musical biopic aspect, Rocketman becomes a psychedelic trip through memory and pain.

Another reason why Bohemian Rhapsody worked so well is because Queen music is so damn good, who wouldn’t love watching a movie featuring their greatest songs, and ending in one of the greatest musical performances in history recreated nearly identically. Similarly, Rocketman benefits that music in this musical biopic consists of some of Elton John’s best songs. What makes it better is how the music is used. Rocketman often feels like a Broadway musical, as an Elton biopic should feel. There are incredible dance sequences and staging throughout the movie. The title song, “Rocketman” is used in such a beautiful and tragic way that the song will forever take on a haunting quality.

All This Science We Don’t Understand

The structure of the movie also helps it. Rocketman opens with Elton John storming down a hallway in his classic winged demon costume, and right into an Alcoholics Anonymous meeting. Immediately, we see how much pain Elton’s in. When the first questions start coming in, his mind goes to the one place that comforts him: music. And so, the musical aspect of Rocketman becomes more than a gimmick; it’s an essential part of the biopic. Even this choice of costume is important to the structure. The more Elton sheds his story and ego, the more parts of this elaborate demon costume come off.

Of course, as great as Fletcher’s directing is, the biopic still needs a strong actor to make the musical work—and Rocketman gets that with Taron Edgerton. Is Edgerton as memorable as Elton John as Rami Malek was as Freddie Mercury? That’s a hard comparison. Even as unique and colorful Elton John is, Freddie Mercury is probably the most characteristic musician who ever lived. It’s kind of like comparing a habanero to a ghost pepper. Sure, one is technically hotter than the other and you might notice a little, but either way, your mouth is going to be on fire. The only comparison that needs to be made is that Edgerton personifies John just as much as Mali did for Mercury.

Oh How It Feels So Real

Indeed, Edgerton really becomes Elton John. Edgerton’s been a rising star, but that rise was sputtering. Sure, he had the Kingsmen movies, but he wasn’t yet a star. Rocketman will hopefully do that for him; this musical biopic is memorable because of how much Edgerton poured himself into this role. His love with Elton John, as a musician and as a friend, bleeds through in every scene, every song, and every note.

Rocketman is an amazing experience; a musical biopic with a passionate director and a lead actor dedicated to the role. The supporting actors, including Jamie Bell as Elton John’s life-long friend and lyricist Bernie Taupin, Bryce Dallas Howard as Elton’s narcissistic mother, Richard Madden, and, as the best grandma ever, Gemma Jones. Hopefully, considering how much love Bohemian Rhapsody received at the Oscars last year, Rocketman will as well. Because the bottom line is that Rocketman is the superior movie. At the very least, Dexter Fletcher deserves a nomination.

And if you don’t want to find and hug Elton John after watching this (and this), you have no soul.