Noah Centineo Movies That Are Making Him a Rising Star 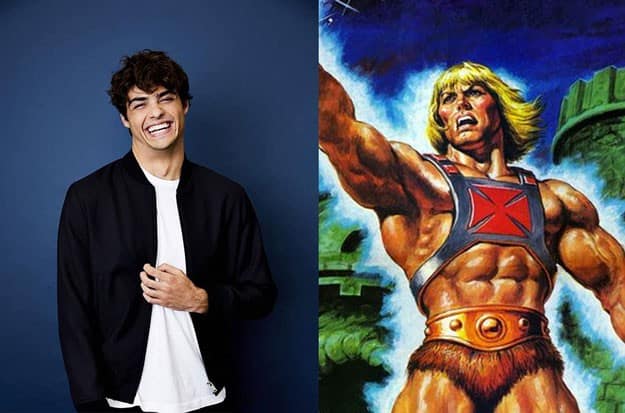 There are quite a few Noah Centineo movies that have been made. But this one may just be the most exciting to date.

By the power of the Grayskull. I have the Power. We have grown up watching and hearing these lines. And the only image that we relate to it is Prince Adam turning into He-Man. This project is finally picking up steam. After a lot of waiting for a new feature film adaptation of the much-loved MASTERS OF THE UNIVERSE. Adding to the enthusiasm is the news that Noah Centineo is going to star in the new He-Man movie.

Noah Centineo himself confirmed that he is going to be the new He-Man. He told the world during his appearance on The Tonight Show starring Jimmy Fallon.

Centineo has also played the darling in the romantic comedy To All The Boys I’ve Loved Before. He was the front runner for the role of He-Man. The role last played by Dolph Lundgreen back in 1987 is an exciting and a fantastic opportunity for Centineo.

Noah Centineo Movies in the Pipeline

Showing his funny side, he added that he has “an affinity for being in his underwear”. Centineo will also be seen in Charlie’s Angels with Kristen Stewart, Naomi Scott and Elizabeth Banks for company. It is rumored that his role in Charlie’s Angels may be that of a secret evil love interest.

The film is in post-production and is expected to be in theaters on November 15, 2019.  His plate seemed to be full to the brim. There is the sequel of To All The Boys I’ve Loved Before also in the works. It is expected to hit Netflix next year.

Coming back to Centineo and He-Man. The role he portrays is Prince Adam who is the heir to the throne of Eternia. With his magical Power sword, he can transform into He-man and defend his kingdom and the Castle Grayskull. This castle is the source of all his powers.

The evil sorcerer Skeletor seeks this power and is the main villain in the storyline. The muscular blue humanoid with envy-inducing abs wants to conquer the Grayskull. And then use its ancient secrets to become unstoppable and rule Eternia.

The current draft of the film is being helmed by Matt Holloway and Art Marcum. While Aron and Adam Nee will be directing the movie. The movie is produced by Filmnation, and based on Mattel’s toy line Masters of the Universe. The original animated series was a massive success in the ’80s and still has a big following.

Considered to be the most successful creation for Filmnation, the show was also often criticized by parent groups for advertising action figures. It finds the 58th place on the Top 100 list of IGN’s greatest animated shows.

The film adaptation though didn’t do that well initially but is now considered a cult classic by many. The gigantic Lundgreen as He-man and Frank Langella playing the Skeletor did generate some excitement, but the movie fizzed out.

It is a known fact that the He-man of 1987 looked more like Conan the Barbarian which was a bit of a letdown. The new film has been talked about for a while but now has finally found its He-man. Centineo would need to get his hairdresser or the wig team working full time to get the blonde hair set correctly.  The role of Skeletor is still up for grabs, and it would be interesting to see who plays the main antagonist.

Noah Centineo: In the Fast Lane

Life seems to be going in a fast lane for the Los Angeles native, Centineo with him playing the heartthrob in Sierra Burgess is A Loser and then a lead role in The Perfect Date. In the latter, he plays a high school student saving for college by offering services as a fully customized date. Even though it seems like Centineo is more inclined towards romantic comedies, but this step is a leap into the unknown for the 22-year-old.

He has been around since 2011 when he starred in Austin & Ally as Dallas, but The Fosters was his first big break where he played the central role of Jesus Adam Foster in seasons 3-5. But he is still known for his sweetheart role of Peter Kavinsky in the much admired and loved To All The Boys I’ve Loved Before. He also won the Nickelodeon Kid’s Choice award for the role in 2019.

He also left a mark with his portrayal of Jamey, the accidental love interest of Sierra Burgess (Shannon Purser from the Stranger Things) in Sierra Burgess Is a Loser. Although the show did not garner great reviews, Noah’s work was although appreciated all around.

The costume would be an excellent topic for discussion because in the original version He-man was in his underwear. With Centineo ’s image of the internet-boyfriend, there is little doubt if any of his female following would be complaining. Considering Lundgreen (Rocky IV, Creed II) played a role in 1987, it may be a little difficult imagining Centineo in part. But I don’t think anyone would mind seeing him saving the world in his skivvies.

Noah Centineo Movies: Will Batman be One of Them?

This news should also increase the hopes of fans who would like to see him replacing Ben Affleck as the Batman. If he can pull the He-man well, it may be possible that a more clothed superhero role awaits him. The collaboration of Sony Pictures and Mattel the movie is expected to hit theaters sometime in 2020.

Will Noah Centineo be able to do justice to this much beloved and legendary character is a question which will only be answered in summer 2020. But till then one thing is for sure that Noah Centineo is on the upward curve. Whether it is romantic comedies like To All The Boys I’ve Loved Before or The Perfect Date or it is an action piece like Charlie’s Angels, he is setting himself high targets and here wishing Noah Centineo all the best for these new ventures and more success in the coming years.

Dark Phoenix: History Of The X-Men Saga They Keep Coming Back To
My Hero Academia Introduction And Rundown