New Venom And Carnage Images Are More Exciting Than The Trailer 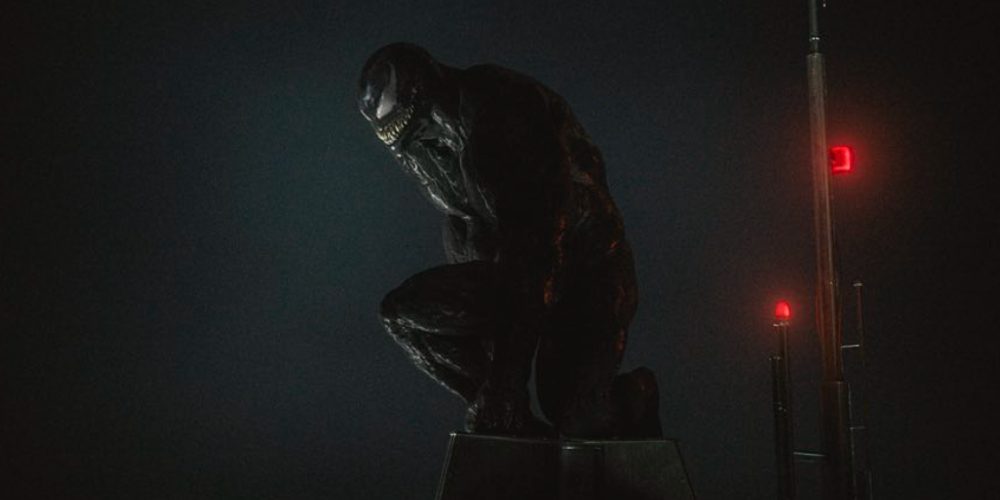 The first Venom movie was a surprise success, even if it was a kind of insane superhero film. However, one of the reasons many fans flocked to the cinemas (back in a time where we could flock to the cinemas and sit together)? Carnage. We all knew that he wouldn’t be in the first movie. But even before leaks, trailers, or anything else, we also knew that they’d introduce him in a mid or end credit scene. So, of course, they did, with Woody Harrelson perfectly cast too. Now, while the new Venom: Let There Be Carnage trailer got us pumped for mayhem and murder, the new Venom and Carnage images are even better. So, let’s look at them.

New Images of Carnage, In All His Brutal Glory, Is Bad News for Venom 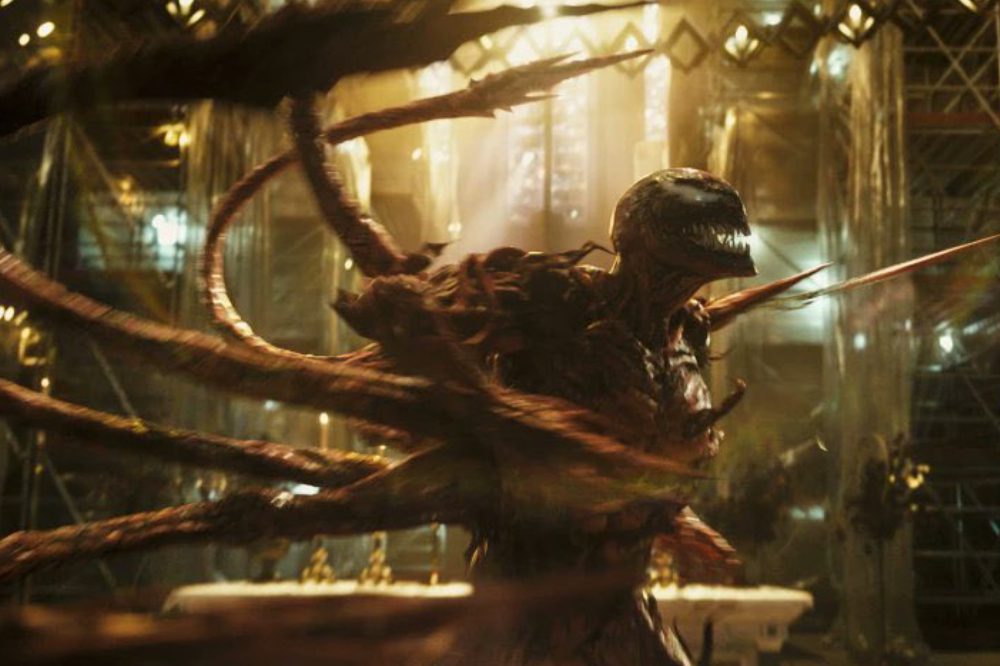 When I was a kid, one of my favorite action figures – and one that my mom hated the most – was Carnage. The Toy Biz Spider-Man toy for Carnage Unleashed had a removable mask, tentacles, and two different symbiote weapon attachments! So, basically, for a ten-year-old, it was the best Spidey villain toy ever: 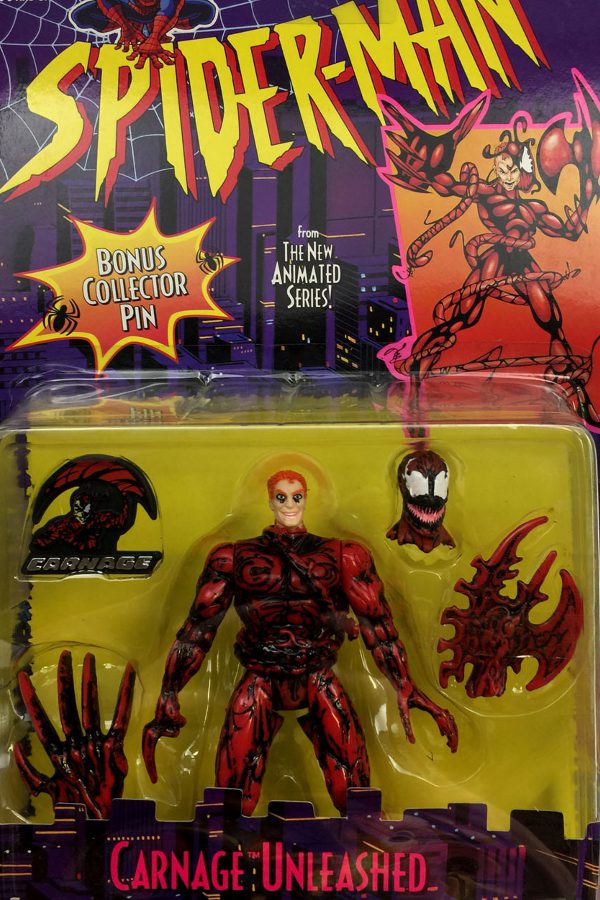 Accordingly, in the new Venom and Carnage images, we can see Cletus Cassidy using the symbiote to create the same kind of crazy weapons. Some tentacles have maces; others have blades. The first film explained this before the battle between Venom and Riot. Some symbiotes are capable of creating brutal weapons and others, like Venom, are more limited in their abilities.

And seeing this as a live-action character, I’m starting to see my mom’s point. But that’s just a few of the pics.

Some new images from Venom: Let There be Carnage have surfaced. We’re not quite sure where they’re from, but they’re making the rounds on Twitter.

Eddie and Venom Don’t Quite Look Ready to Face Carnage in the New Images.

We got a wonderfully hilarious moment in the new trailer as Venom tries cooking breakfast for Eddie…it doesn’t go well. But the routine, showing the weirdest version of The Odd Couple ever, revealed how out-of-sync they are. Eddie wants to be a journalist again, and win back Anne, the love of his life. Venom wants to eat more people. Compromise is hard, kids. In these new images of Venom and Eddie Brock, we see that they’ll have to make their, uh, relationship work out.

Naomie Harris In Venom: Let There Be Shrieking

Naomie Harris is one of those actors we were all waiting to see in a superhero role. Probably someone high up in ranking, like maybe debuting as Nubia in a Wonder Woman film. Maybe she’d be the new Emma Frost or Jean Grey when they reboot X-Men. Or even Invisible Woman or Zatanna. She could make Zatanna a household name like Zoe Saldana did with Gamora. But no one would have thought, “Oh, Shriek! The barely-used symbiote from the 90’s that’s not even one of the more popular symbiotes from that era. Perfect!”

However, the fact that they cast such a high-caliber actress for such an obscure role should indicate that Shriek will be an important character in Venom: Let There Be Carnage, and maybe even beyond. Plus, even though we don’t see her in her symbiote form in the new Venom and Carnage images, it’s important to remember that – with her powers – she is more than capable of taking out both characters.

And two more as it looks like Eddie is being interrogated by Patrick Mulligan (Toxin!), is Anne Weying, played by Michelle Williams, his lawyer? pic.twitter.com/zNRFgzQ9bC

Do the New Venom and Carnage Images Show Us Our First Look at Toxin?

One casting choice that should alert fans is Stephen Graham as Patrick Mulligan – the host to one of the more popular Marvel symbiotes, Toxin. Now, this could have just been a way to include the name, but not really do much with it. However, Graham is a great character actor, and we often see this kind of actor pop into a franchise for a decently sized role and then move on. 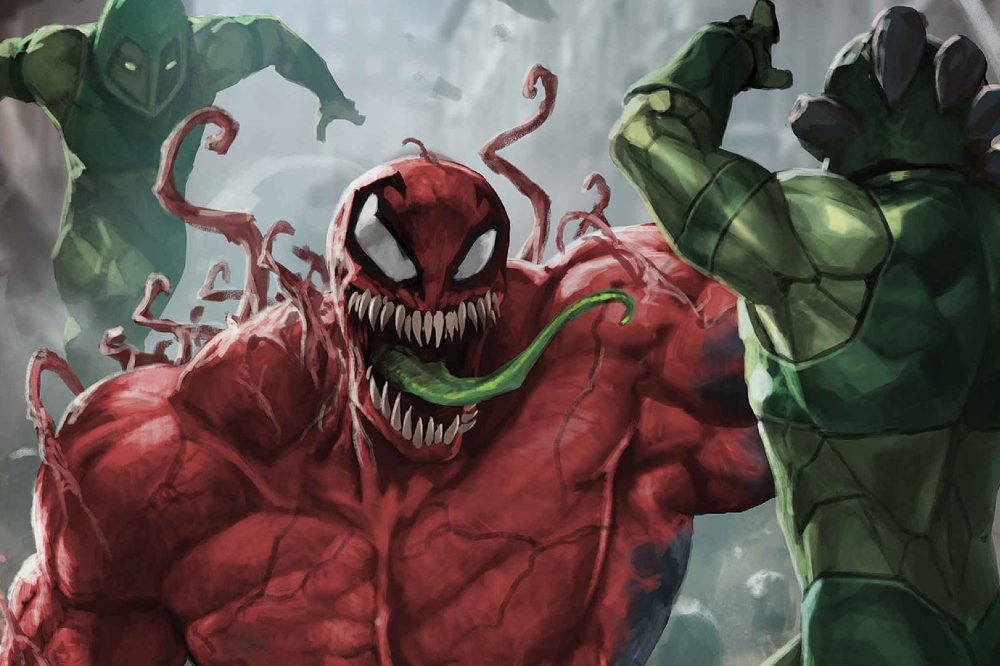 Toxin could also be a problem for Venom and Carnage both. (Image: Marvel Comics)

But what makes Mulligan a little more interesting is how secretive Andy Serkis and Tom Hardy were when asked about the character. Granted, superhero film actors tend to be secretive about most things, but sometimes by not answering us…they kind of answer us. So, just a name for Graham’s detective character, or are we getting Toxin? Unfortunately, the new Venom and Carnage images don’t tell us much.

Venom: Let There Be Carnage debuts in theaters on October 15, 2021

Are you excited about Venom: Let There Be Carnage? What Symbiotes do you want to see in the future of the franchise? (Hoping for Agent Venom. Or Agent Anti-Venom. How about you?