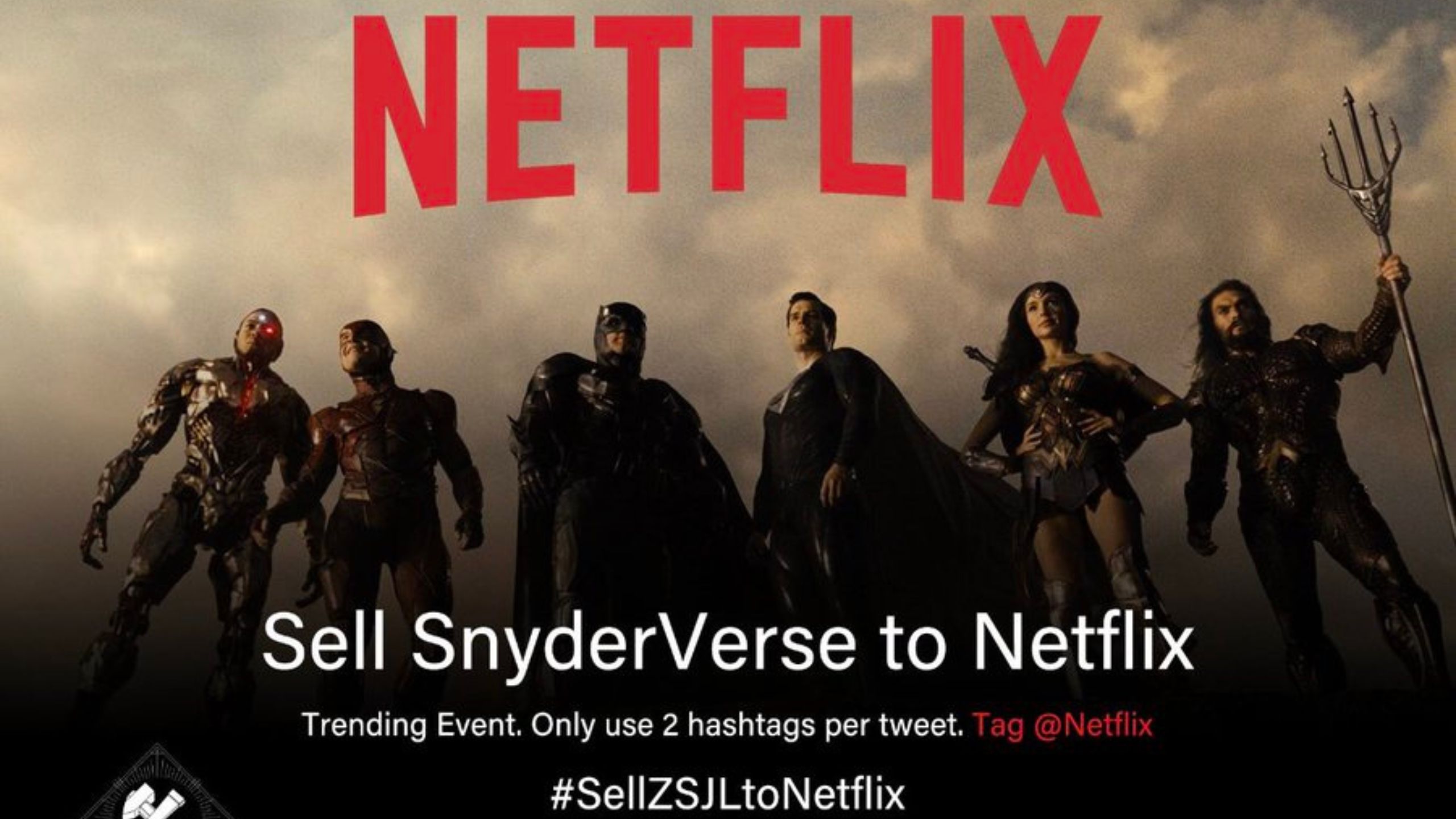 Justice League’s Director, Zack Snyder, responded to the fans’ petition for Netflix to buy and continue the Snyderverse. The campaign that fans of the director made for him to continue his work at DC is well-known. Therefore, when DC directors James Gunn and Peter Safran announced the culmination of this plot, everyone was calling for the filmmaker’s return to DC. However, with the constant refusals, fans came up with another option.

Now they are campaigning again for this new idea. In this case, they want Netflix to buy the rights to this version of the DC characters and continue with the Snyderverse. The director already knows about the campaign and may like the idea, or at least that’s what his first interactions show.

Snyder’s Reaction to the Fans Campaign

Fans are looking for DC’s Snyderverse to continue but now on Netflix. This would imply that Netflix would buy the rights from Warner, allowing the plot to continue where it left off. That could let us see the second part of Justice League, where they would have their first confrontation with Darkside. Likewise, the second part of Suicide Squad would be picked up in the director’s plot.

Jacob Torres, one of the many fans of the director, published the details of this campaign #SellSnyderVerseToNetflix. Torres explained the details of the movement in a video he developed. Snyder saw the video in question and liked it, although no one knows if it was out of respect or because he wants to retake his DC plot.

This would imply that actors would return to their old characters, like Henry Cavill with Superman and Gal Gador with Wonder Woman. We would also have Ben Affleck as Batman, although there would be some holes. I highly doubt Ezra Miller would work as Flash and Jason Momoa as Aquaman, considering they have possibilities in the new DC universe Gunn and Safran are creating.

Can Netflix Buy the Snyderverse Rights?

In this world, anything is possible. However, negative aspects could hinder a purchase process like this. The first aspect in favor is the current economic situation of Warner. The sale of the rights would not only remove the fans’ protests but also give them a financial respite.

Another point in favor would be to get rid of Snyder once and for all. If Netflix took over, fans would focus on this universe, leaving Warner alone to develop the plot they want. This is a rather deep desire for David Zaslav, who on more than one occasion showed disdain towards this DC plot.

One point against it would be the competition it may mean for Warner if Netflix had DC productions. This could affect their desire to boost their streaming platform. One of the rumors is that they would combine this with HBO to promote themselves. Selling their rights to Netflix could mean that they would help their competition to get stronger.

Finally, one has to say that granting Netflix the rights would create a sort of confrontation or competition between the two plots. This could backfire on Zaslav, considering he was one of those who opposed Snyder’s version. The risk of it overtaking Gunn and Safran’s universe could cause the CEO not to sell the rights.

For the time being, the campaign continues, and Snyder’s fans are still going strong, and if they have shown anything, they will fight to the end for their goals.