Netflix Drops Trailer for The King

In Neflix’s attempt to come back to the Oscars next year, it has dropped its next viable choice, The King. Alongside The Irishman and Marriage Story, the streaming service has The King to complete a trio of Academy Awards contenders. Directed by David Michôd and co-written with Joel Edgerton, The King features A-list stars and is based on Shakespeare’s Henry IV. With a strategy to keep details about the film quiet, the trailer finally dropped after months of teasing fans. Within 24 hours it was already at 2 million views. Check out the Netflix trailer for The King below to see what all of the hype is about!

The Story of the ‘The King’ By Netflix

The King presents a rather typical ascent-to-the-throne type story. Timothée Chalamet plays Henry/Hal, who becomes king to the English Throne after his father’s death. Unfortunately for him, he’s inherited power during a tough time. The trailer shows the new king dealing with the weight that the crown represents (and boy, does that thing look heavy!). Joel Edgerton also appears in front of the camera with his portrayal of Falstaff, a recurring character in multiple Shakespearean plays (who is also based on the real Sir John Falstaff).

The film appears to be set during the Hundred Years’ War. Battles from which have become known as some of the most famous amongst British history. The war, which lasted from 1337 to 1453, was all about the right to rule the Kingdom of France. Gearing for the French side, we have Robert Pattinson playing as The Dauphin. The film will also see Ben Mendelsohn as King Henry IV.

Why We Think “The King” Will Be Good

This film has had a ton of work behind it. News of the adaptation began in 2013, where Edgerton and Michôd began writing for Warner Bros. Pictures. However, distribution later changed to Netflix. The film is also being produced by Plan B Entertainment (a.k.a. Brad Pitt’s production company) which has won three Oscars for Best Picture, among other popular films. And, alongside the great behind-the-camera team, the stars speak for themselves. Many cited Chalamet’s Best Actor nomination for Call Me By Your Name to be the most deserving of 2018, but he lost to Gary Oldman’s performance in Darkest Hour. (Yes, I’m still bitter). Pattinson has also been picking up steam in his career, with the upcoming The Lighthouse and the announcement of becoming the controversial Pattinson Batman. 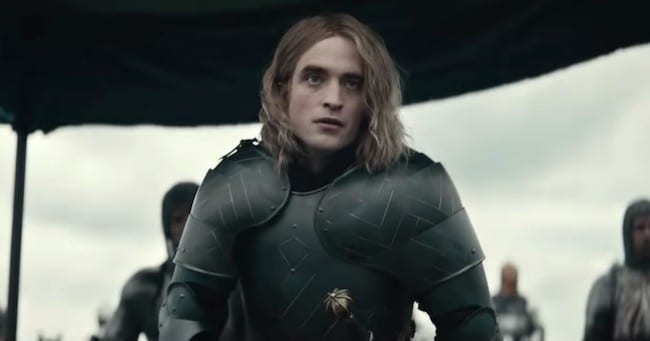 Historical dramas are released all of the time. Often, they’re a hit-or-miss. But, with such a strong production team behind it, we’re excited to see Netflix’s addition to the genre. The King will be premiering at the Venice Film Festival in September and will appear on Netflix for streaming on November 1st, 2019.