When Marvel Studios revealed that villains from past Sony Spider-Man films would join up in Spider-Man: No Way Home, we assumed this was the MCU’s Sinister Six. Had the Morbius movie come out when it did, we’d have still thought that as the post-credits scenes aren’t explained by the characters, but the intention is obvious. Sony wants a Sinister Six movie, and Morbius may have just taken the first step towards it. The purpose of post-credits scenes, in Morbius or any Marvel movie, is to set up what comes next. It’s the tease at the end of the comic book that gets you to pick up next month’s issue. So, while the intention of these final moments of this film are obvious, it’s still not entirely clear what all this means. In fact, the pickiest fans will say this “breaks” the magic rules established in that last Spidey movie.

First, a little history. Part of the problem that Amazing Spider-Man 2 faced was that the film was chock full of set up for a story that did not come. We saw Vulture wings, Doc Ock arms, and other hints that the rogues from the Spider-Man comics were coming to the big screen. Yet all this set-up took away from the emotional narrative at play in the movie. Along with Electro, Harry Osborn, and the mystery of Richard and Mary Parker, the movie also tried to set up sequels that never came. So, if you want the post-credits scenes at the end of Morbius explained, the most basic answer is simple: Sony Pictures wants their Sinister Six movie.

Before we go on there will be spoilers for these final two scenes, but they are wholly unrelated from the plot of the film. Still, slight spoilers ahead. 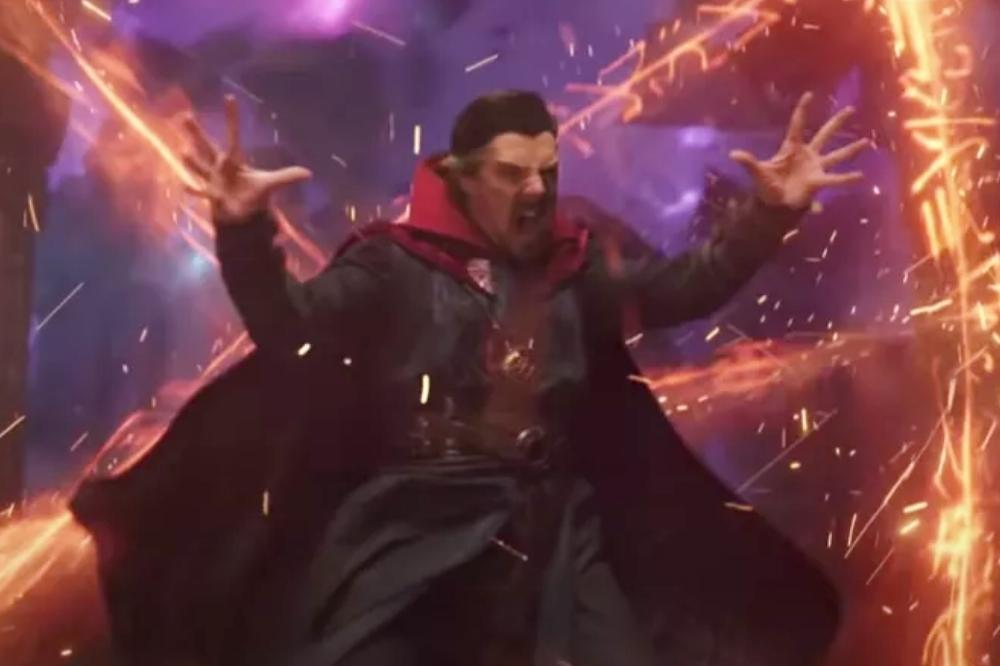 There are two post-credits scenes in Morbius, though it should be explained that they are technically mid-credits scenes. Still, the effect is the same, just like the sky effect that kicks off this sequence. First, we go back to a prison that showed up earlier in the film where Michael Keaton shows up in an empty cell in this universe. Outside there was a crack in the sky like from the final act of No Way Home. We know that Morbius takes place in the same corner of the multiverse as Venom. There is an oblique reference to something that “happened in San Francisco,” which we assume is the events of at least one of those movies. Apparently in this universe, Adrian Toomes also looks like Michael Keaton because he’s identified. Because of his mysterious appearance, however, he is released from jail. We see Keaton in his cell then they cut to a news report dropping that exposition.

A few moments later, we see Jared Leto’s Michael Morbius driving in a car (apparently like Twilight vampires, his super-powered movement is still not as fun as driving fast cars). He’s heading out in the desert where we see and hear a loud sound coming towards us. Then we see the Vulture dressed in a new suit coming face to face with the good doctor. He then tells him that he’s getting some people together to take care of someone, presumably the Spider-Man of the MCU. (Though, I still think the Andrew Garfield Spider-Man might be involved, potentially setting up Amazing Spider-Man 3.) Just like Samuel L. Jackson’s Nick Fury talking to Tony Stark, Morbius learns that he’s part of a bigger world and someone is putting together a team.

However, there was a scene in the Morbius trailer we did not see where Keaton’s Toomes presumably meets Michael Morbius. This was cut or reshot, so have precisely zero context about why or how these two characters even really know about each other. (Other than the fact both were on the news.)

Why We Think This Is Sony Wanting a Sinister Six Movie

Given the lack of context for these two characters meeting, it’s difficult to extrapolate or even speculate about the story reasons for it. However, the in-real-life reason is apparent. Sony Pictures owns the rights to hundreds of Marvel Comics characters tied to Spider-Man. The success of the Spider-Man movies in the MCU have stalled their plans for their Sony Universe of Marvel Characters. (The SUMC, for short.) When Disney and Sony made their new deal to bring Spider-Man back to Marvel Studios, they found they could have their MCU and eat the SUMC, too.

Because for all the Silver Sable and Black Cat characters, the villains are the most interesting and recognizable figures in Sony’s arsenal other than the Web-Head himself. It would also be an interesting opportunity to do a movie featuring these villain characters where Spider-Man is not the emotional or narrative center of the story. Especially after No Way Home, audiences know Spider-Man pretty well. Someone like Tom Hardy’s Eddie Brock could be the true protagonist of the film and, because the SUMC Venom is essentially a hero, could end up teaming up with Spider-Man to take down the bad guys. (And I can already see the post-credits scene in that movie where Venom adds the iconic white spider to be like their new pal.)

So, the only way the post-credits scenes for Morbius can be explained is through the lens of corporate synergy and franchise building. If we look for narrative reasons for what’s going on, well that’s a different story. Unfortunately, during my screening of Morbius I did not pay that much attention to the background and set dressing where all references to Spider-Man are found. There is a Spider-Man in this world, however, but we’re not sure why the Adrian Toomes from Spider-Man: Homecoming would have beef with him. If he’s talking about Tom Holland’s Spider-Man, it makes even less sense. Why would Toomes want to gather a bunch of villains from another universe to go after the kid who saved both his life and his daughter’s? In the post-credits scene of that movie, Michael Mando’s Mac Gargan asked about Spider-Man’s secret identity and Toomes kept mum about it.

Then there is the Morbius of it all. Why would Michael Morbius, who possibly shouldn’t still be alive, want to team up with the Vulture? If a version of Toomes existed in this world, he’s definitely a criminal. Morbius spent most of his film trying not to be a criminal. Since Toomes was released from prison, it’s possible Morbius would think he’s a misunderstood guy like himself. However, why he would meet with him or how Vulture even contacted him is a huge mystery. Still, my best guess is that we get a Sinister Six movie from Sony with Morbius and Venom on the team. By the third act, they both realize the other three villains are baddies, team up with whatever Spidey we get for a 3-on-3 third act.

Morbius is now playing in theaters.

What do you think? Were the post-credits scenes in Morbius not explained enough in the movie? Do you think Morbius is setting up a Sinister Six movie from Sony? How did you feel about it? Share your thoughts, reactions, and theories in the comments below.

In the days and weeks since Chadwick Boseman sadly lost his battle with cancer, stories have trickled out about his real-life heroism. Although he was a good actor, it seems that he didn’t have to […]

The past few months have been filled with release dates getting pushed back. Many films had their original release date delayed due to movie theatres being closed. Others, despite having far-away release dates, have had […]