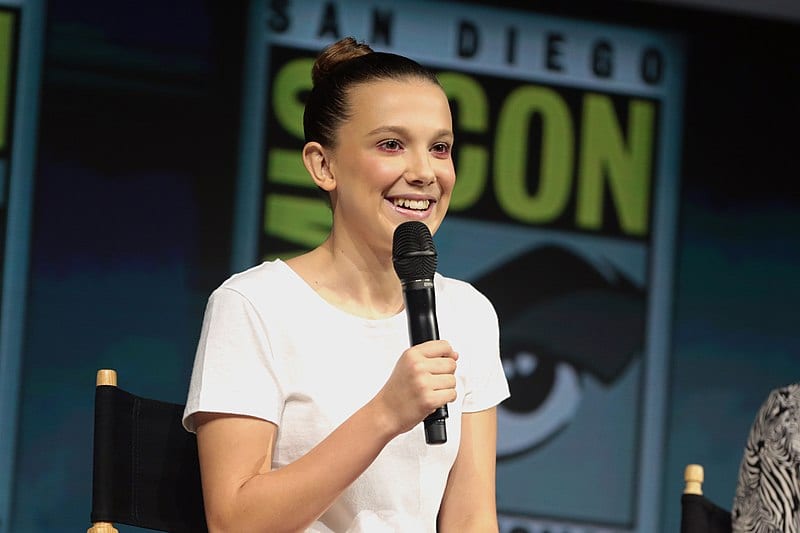 Sometimes there are film announcements that make us so excited that we can barely contain our joy. Whether it’s due to an actor that you love being cast or seeing your favorite film being adapted, there are all kinds of reasons that we get excited about movies before they even enter production. Well, we have something that ticks almost all of these boxes! Universal Pictures is developing The Electric Slate. Millie Bobby Brown will lead, and The Russo Brothers will be in the directing chair! Let’s take a look at why we’re so excited about this project.

The Electric Slate will be based on a graphic novel of the same name from writer Simon Stålenhag. The story follows a young girl (to be played by Millie Bobby Brown) who encounters a robot that has been sent to her by her brother, who has been missing. The girl, along with her new robot pal, goes on a journey to find her brother. It has been called a “low tech apocalyptic mid-90s version of the American West,” which is enough to convince us that the tale deserves to be told on the big screen!

Christopher Markus and Stephen McFeely will be writing the adaptation. Markus and McFeely worked alongside the Russo Brothers on various MCU films, including Avengers: Endgame. Andy and Barbara Muschietti (It, It: Chapter Two) will be serving as producers. Russell Ackerman and John Schoenfelder are on board as executive producers.

This film has so many big names behind it, and influences from all of our favorite elements of filmmaking. So, we already have faith in how exciting it’ll be. And fortunately, we’re not alone in thinking that it sounds pretty great! The film has apparently been fast-tracked by Universal Pictures.

Millie Bobby Brown has to finish filming the next season of Stranger Things, and the Russo Brothers are in the process of directing The Gray Man. The Electric Slate won’t have to wait too much longer, though! It will likely start filming in late 2021 or early 2022.

How excited are you to see this Millie Bobby Brown led film directed by The Russo Brothers? Share your thoughts with us in the comments below!