Could Maya Hawke Star in a Kill Bill 3 Film? Quentin Tarantino Thinks So

Revenge stories are some of our favorite. Not only can they fuse genres like action, thrillers, and drama, but they satisfy our inner desires to see the bad folks get their comeuppance. Few of these tales provide such satisfaction as Kill Bill, the ultra-violent set of films by Quentin Tarantino that follow the Bride, a.k.a. Black Mamba, a.k.a. Beatrix Kiddo, as she seeks revenge on the man that tried to kill her and her unborn daughter. We thought that the story was done, concluding with a happy ending for the Bride and her daughter. But could we see more? Quentin Tarantino recently talked about the idea of a Kill Bill 3, and he’d like to see Maya Hawke in the lead.

As explored above, Kill Bill: Volume 2 watched as Beatrix got her revenge on all of those that wronged her. Additionally, we saw the woman walk away with a pretty happy ending as she finally reunites with her daughter. Presumably, the duo has gone on to live a happy and murder-free life. But could it stay that peaceful forever? While speaking with Joe Rogan on his podcast, Tarantino confirmed that there are plenty of people who could seek revenge of their own. This includes Daryl Hannah’s Elle Driver, Julie Dreyfus’ Sophie Fatale, and even Chiaki Kuriyama’s Gogo’s twin sister.

Uma Thurman is still more than capable of picking up another sword and proving why she isn’t one to be messed with, especially when in character as Kiddo. But she can’t do it alone now that her character has a daughter to protect. And how better to play the role than Thurman’s own daughter?

Maya Hawke, who recently rose to fame with her role as Robin in Stranger Things, is the daughter of Thurman and fellow actor Ethan Hawke. She continues to prove her own acting chops, even amongst another Tarantino film, Once Upon a Time in Hollywood. To see her pop up in a third volume would be “f***ing exciting,” according to the director. 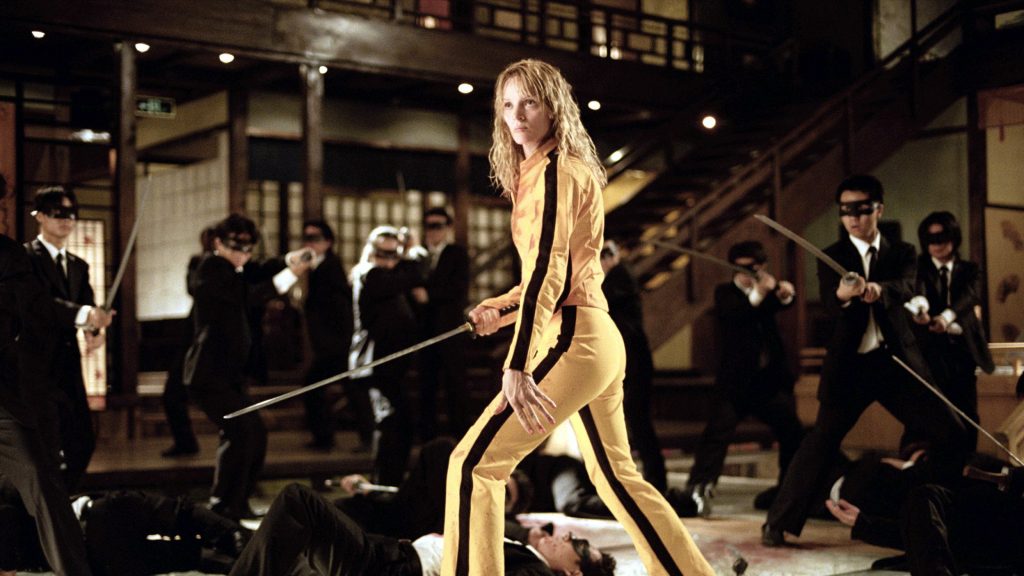 Will A Third Volume Ever Happen?

The idea of a third Kill Bill is nothing new. Tarantino has discussed ideas for the plot before, and one popular theme is the idea of following the daughter of Vernita Green (Vivica A. Fox) from the first film. As we all saw in the first volume, the mother was killed by the Bride early on in her first acts of revenge thanks to Green’s involvement in the attempted assassination.

The actress behind the little girl whose mother was struck down, Ambrosia Kelley, could even return to play the character. Though she hasn’t acted in nearly a decade and coming back for such a big project may not be the most tempting idea. Some have speculated that Zendaya could fill the shoes and Vivica A. Fox has also claimed that she’d be a suitable actress.

Tarantino continues to spark our interest, and he seems as eager as we do. He has continued to keep Uma Thurman’s name in his conversations about another volume, and at this point, we’re just surprised that nothing has happened yet. Hopefully, the delay means that the script will have lots of time, energy, and passion into it!

Readers, can you picture Kill Bill 3 with Maya Hawke? Another legendary revenge flick with Hawke, Thurman, and Zendaya would be quite the treat.