Aunt May is one of the most iconic characters in comics, and she does that by barely even punching anyone. There have been many iterations of Aunt May in comics and film, but overall the recipe remains the same. Good mother, dead husband, endangered child, and she’s nice. Spider-Man: No Way Home somehow changed a lot with the MCU’s Spider-Man while also keeping him very in-line with the comics, and they almost did the same with May. In a recent interview, Marisa Tomei revealed she campaigned for Aunt May to be a lesbian in No Way Home, and we kind of have to talk about what a gay Aunt May would have meant in the context of the series. Spoilers for No Way Home incoming.

Marisa Tomei As Lesbian Aunt May

In the MCU’s Spider-Man, Uncle Ben has been out of the picture for a while, and Aunt May is living a quiet life raising Peter to be the best (Spider) man he can be. According to Tomei, that was her reasoning for arguing for May to have a girlfriend. Tomei said “There was a moment, where I felt that May — maybe she should just be with a woman because Ben is gone,” which is an interesting idea that would have worked well with this interpretation of Aunt May.

Whether this means she was always Bi or, like many adults, didn’t realize she was super gay until later in life doesn’t really make a difference in the story. She still loved Ben, and now she’s dating again. Aunt May as she’s often depicted is a very externally driven character, and this change would have given her something she wanted that wasn’t based on the tragedy that’s hovering around her. They still did that a little bit by having the whole relationship with Happy being a way for May to find some joy of her own, but why be with Happy when she could be with Sony Producer Amy Pascal? Tomei wanted the longtime Sony and Spider-Man producer to play the role of her girlfriend.

Marisa Tomei’s Aunt May was an interesting take on the character. She was younger, more energetic, and lively than she has been in the comics. She very much had the cool Aunt energy which played off Peter being a strait-laced nerd boy. The character almost feels incomplete without a cool girlfriend, and Marisa Tomei as lesbian Aunt May probably would have gotten Spider-Man: No Way Home to a billion dollars faster than Endgame.

Lesbian Aunt May died before she could ever come to the big screen but would it have been cruel to give this character a chance to have a happy romance only to kill her in the same movie that’s revealed. The film industry loves killing off gay characters, so it’s almost a surprise they didn’t follow through and make Aunt May gay. Selfishly, I’d almost rather she remained straight if only to not add to the legions of characters for whom coming out is a way to add quick emotional depth before they die.

However, another buried gay is the start and end of the list for reasons it would have been a bad idea for Aunt May to be gay. In reaction to the news that Marisa Tomei wanted to make Aunt May a lesbian, some fans argue that this shows Tomei didn’t understand the character, which is fundamentally silly when there’s a multiverse of villains and nephews duking it out on the streets of New York. If there are infinite Aunt Mays, some of them are going to be gay. And maybe even one of them survives. But that doesn’t matter either because making her bi wouldn’t change the character in any way they haven’t already changed her. It’s funny that the same people frothing at the mouth at the idea of Aunt May loving women were quiet when she was romantically involved with Happy.

Would Lesbian Aunt May Still Be Aunt May?

Yes. Developing a character in a new direction doesn’t fundamentally change the character fundamentally. Aunt May is Aunt May if she’s Peter’s Aunt and mother-figure. If she hits the overall personality beats, the character works. However, pretty much every time a character is written with a shade of queerness to them, very sweaty-looking folk in the comment sections ask why they don’t just create a new character instead of sullying the pristine heterosexuality of their favorite characters. Again, the same people were pretty quiet when this Peter was younger, or when Tony was the father figure and Ben was barely mentioned, or any of the other changes this trilogy made. Sure, people whined, but not in the volume they do when a character comes out. 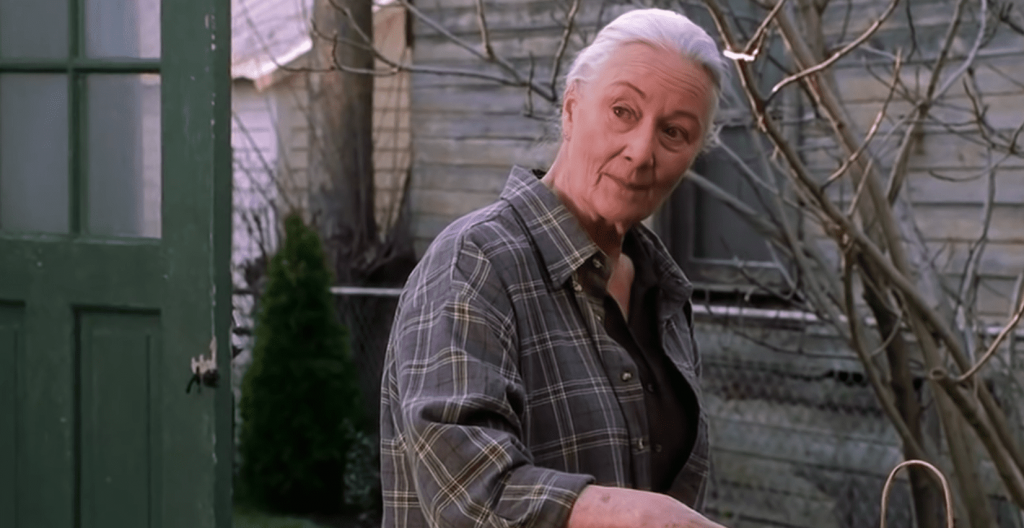 We don’t have to unpack the implication that these people see a gay version of the characters they love as a different and worse version of the ones they love. We’re not going to unpack that at all. Instead, we can note that Aunt May having a lesbian awakening late in life would have been an interesting way of adding some depth to the character, showing she was still working on herself independent of the men in her life. That’s a good thing for characters to have. It’s like seeing NPCs in games interacting independent of your character, but we didn’t get cool gay Aunt May, so we’ll just hold out for other gay characters in the MCU.

You can still catch Spider-Man: No Way Home in theaters now!

What would you think of a lesbian Aunt May? Talk to us about it on Twitter!

Quintessential Quintuplets Movie Trailer Is Out Now
The Original Eternals Ending Was Bleak, According to Director Chloé Zhao