Mank Review – a Netflix Film That Makes Us Miss the Cinema 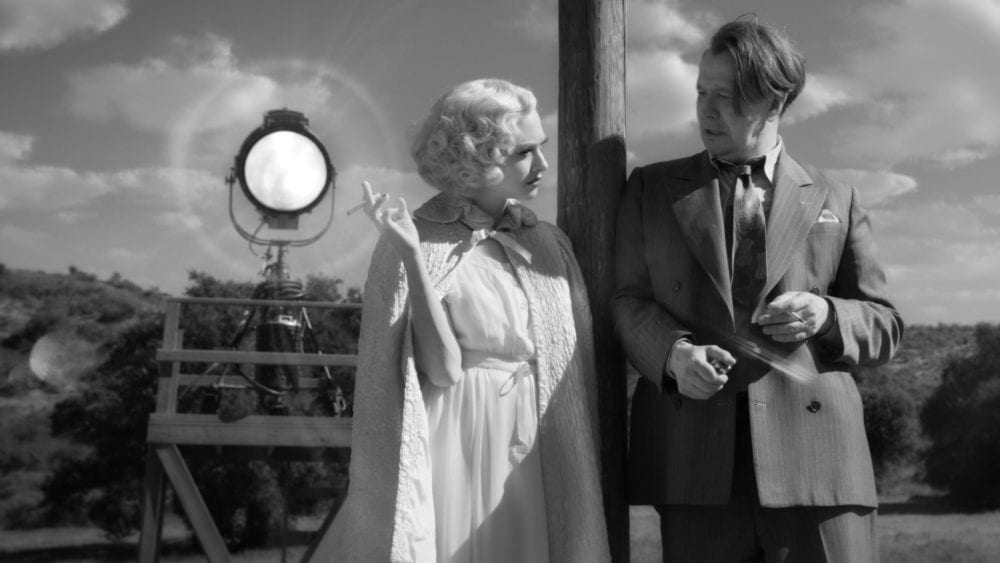 We believe in the magic of movies. There have been various occasions throughout my life where I have walked out of a cinema or hit pause on a streaming service and had to take a moment to collect my thoughts because a film touched me in ways that I didn’t expect it to. That is one of the reasons why movies exist right? It’s not just to impress us with visuals or make us laugh, but to leave us feeling more complete in a way. Mank tells us otherwise, though, and shares that the screenwriter isn’t there to capture our essence but to just leave the impression that they have. In this review of Mank, David Fincher’s latest attempt at a masterpiece, we’ll take a look at whether it leaves behind greatness or just the impression of it.

Mank is going to be plastered on Netflix’s home page for at least a few weeks, capturing the attention of plenty of casual streamers. While this is a film that is at least entertaining for the masses, it may not mean as much for some. This is a film with a heavy backstory that is worth reading up about. And, to be honest, I entered this film with limited knowledge of its source material.

The film tells the story of Herman J. Mankiewicz, or Mank, as we’ll come to know him (played by the always impressive Gary Oldman.) This is a man that I had never heard about prior to the film, but he carries a great legacy. The screenwriter is best known for his Oscar-winning writing work on Citizen Kane, the legendary Orson Welles film from 1941. As it turns out, writing the script for Citizen Kane and developing its final result was quite the adventure.

Mank is not just about writing a screenplay. That part isn’t what pulls us in. Though, we’ll admit, watching a drunk Gary Oldman lay in bed and come up with such an impressive piece of cinema with ease is almost entertaining enough. Rather, the film gives us a glimpse of the ongoing studio interferences, Upton Sinclair’s controversial politics, and the difficulty of creating something for the masses.

David Fincher is best known for his work on intense crime dramas like Seven, psychological thrillers like The Girl With The Dragon Tattoo, and the cult classic Fight Club. He’s gone big before, and it’s paid off. Mank feels like something massive in terms of how fearless the storytelling is. Though it ultimately feels more personal than anything, and it is. Jack Fincher, the director’s late father, wrote the original screenplay in the 90s, but it never came to be. Perhaps Fincher wants nothing more than to live up to the great script of his father, which he does. 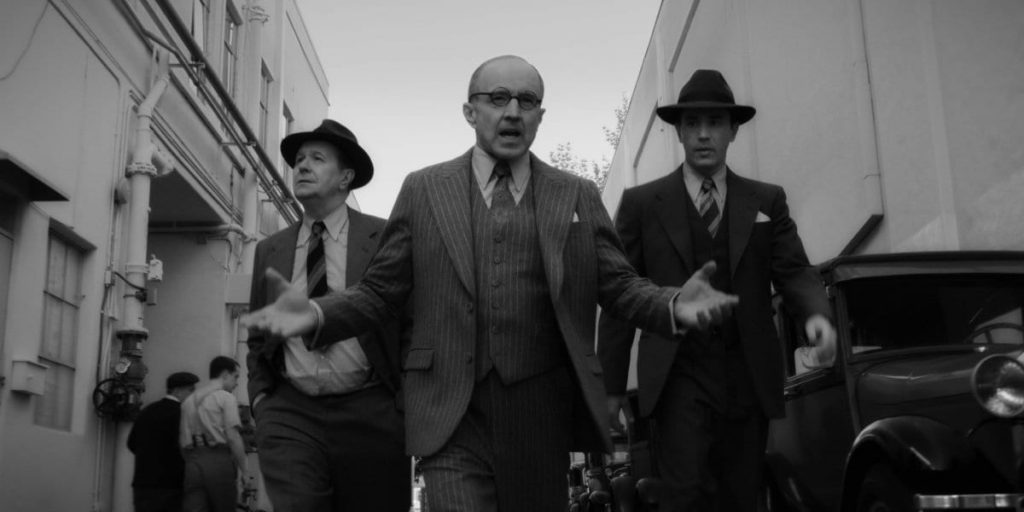 We have learned not to enter a David Fincher film expecting to see anything less than perfect performances. The director is well-known for his intense commitment to filmmaking. He has built up a reputation in Hollywood for being a bit strict, to say the least. Notably, he’s a man of many takes. Some scenes are done nearly a hundred times, just in case somebody isn’t satisfied with the end result. While we’re sure that not everyone on set is a fan of this method of directing, it pays off in Mank.

What will get the most attention come Awards season is Gary Oldman’s confident and sure-of-himself performance as Mankiewicz. This is a role that begs to be played by somebody with enough experience navigating Hollywood, and it is clear that they picked the perfect actor for the part. Amanda Seyfried’s Marion Davies, a loud, confident, and successful actress, might stand out even more. She is the type of old Hollywood party girl that we all want to be friends with, and want to tell our secrets to. Her mysterious and unapologetic ability to be everywhere at once leaves us wanting more at every turn. 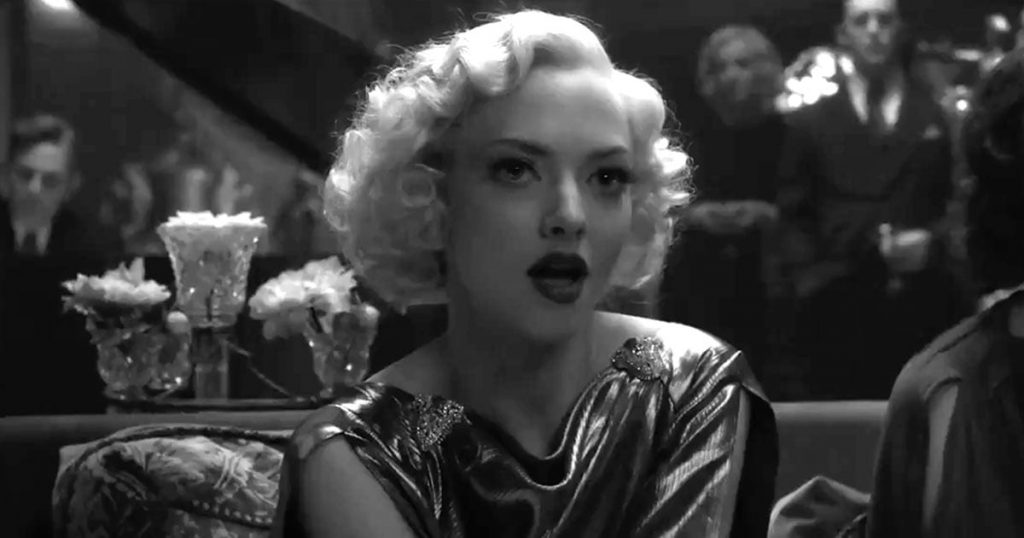 It seems odd that Mank is the type of movie that winds up on a streaming service. One might think that this was only due to the ongoing coronavirus pandemic. After all, this pushed various films onto platforms despite initial intentions to play in cinemas. However, Fincher was always down for the Netflix route, and it is not his first partnership with the streaming giant. The director was behind the first two episodes of House of Cards, one of the platform’s earliest successes. His later work includes the hit crime drama, Mindhunter (read our review of season 3).

In its more intimate moments, Mank feels like a love letter to cinephiles. While it may look at the world of movie creating in a cynical manner, and certainly works toward changing our opinion of screenwriters, it does capture the essence of film. With awe-inspiring cinematography and a filmmaking technique that reminds viewers of what it means to watch auteur cinema, David Fincher shows us that he’s the real deal. He knows it, and he knows that we do, too. So perhaps his willingness to work with streaming services, which is, arguably, the future of film releases, could mean a partnership between serious cinema and at-home viewing.

Readers, have you streamed Mank on Netflix yet? Let us know if you agree with our review of Mank, David Fincher’s biological drama, in the comments below!