M. Night Shyamalan Movie Has A Title And Is Coming Next Winter!

Home » Movies » M. Night Shyamalan New Movie Has A Title And Is Coming Next Winter!

M. Night Shyamalan may have just released a new (or should I say, Old) movie this year, but we’re already getting another film next winter! While the director has had some hits (The Sixth Sense) and major misses (the live-action Avatar: The Last Airbender), some of his most recent films have all done quite at the box office, earning more than half a billion dollars worldwide. Four of the films (Old, Glass, Split, and The Visit) were all part of his partnership with Universal, and this M. Night Shyamalan new movie is no different. It will be titled Knock at the Cabin and in a twist worthy of the director, the movie will be released February 3, 2023, instead of the previous release date of February 17, 2023. Still keeping us on our toes! Check out the announcement tweet below:

No news on the plot of the movie or the cast, but knowing Shyamalan, it’s sure to be full of twists and turns. Earlier in 2021, he had teased a hint as to what Knock at the Cabin (then unnamed) would be like. He had tweeted a picture of an unlabeled binder along with the caption “The next one. On third draft. Super tight. Under a 100 pages.” While this doesn’t tell us a lot, it does hint at the fact that this might be a smaller scale film that gets right into the plot. Or maybe it doesn’t have a lot of dialogue? Any way that the film goes, fans are looking forward to another movie from Shyamalan. He was most recently working as an executive producer and director on the Apple TV+ psychological horror series The Servant, which wrapped filming last June. 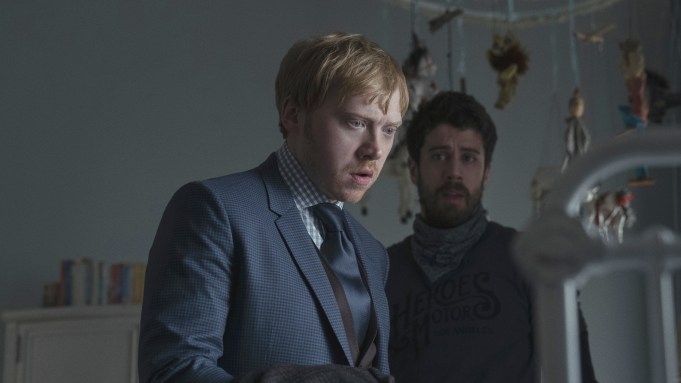 Knock at the Cabin will premiere in theaters February 3, 2023.

Are you looking forward to this M. Night Shyamalan new movie? Let us know in the comments below!

knock at the cabinM. Night Shyamalan