It takes a special kind of person to bring He-Man to life. Originally, it was the legendary John Erwin who had the Power of Greyskull. Later iterations of He-Man and Prince Adam saw Cam Clarke, Gary Chalk, Chris Wood take up the sword of power. And at one point during an ill-fated live-action attempt, even Dolph Lundgren had the power. He also had a gun. It was a whole thing. Now, just as we learn that Mattel and Netflix are partnering to make the new live-action Masters of the Universe movie, we also learn that the live action He-Man is cast! Kyle Allen will be the next He-Man in Masters of the Universe, and we’re totally ready to see where this goes.

Prince Adam and He-Man are two pretty different roles, and they’re both going to be hard to pull off for the actor from West Side Story and American Horror Story. Depending on which direction he takes the role, Prince Adam can be an earnest impotent nerd or a swol beefcake that somehow nobody suspects of being the near-identical chunk of moral mass fighting Eternia’s battles. Either way, there’s a lot of opportunities for complexity for a role that literally only exists because a toy company thought the market was right for a space barbarian. 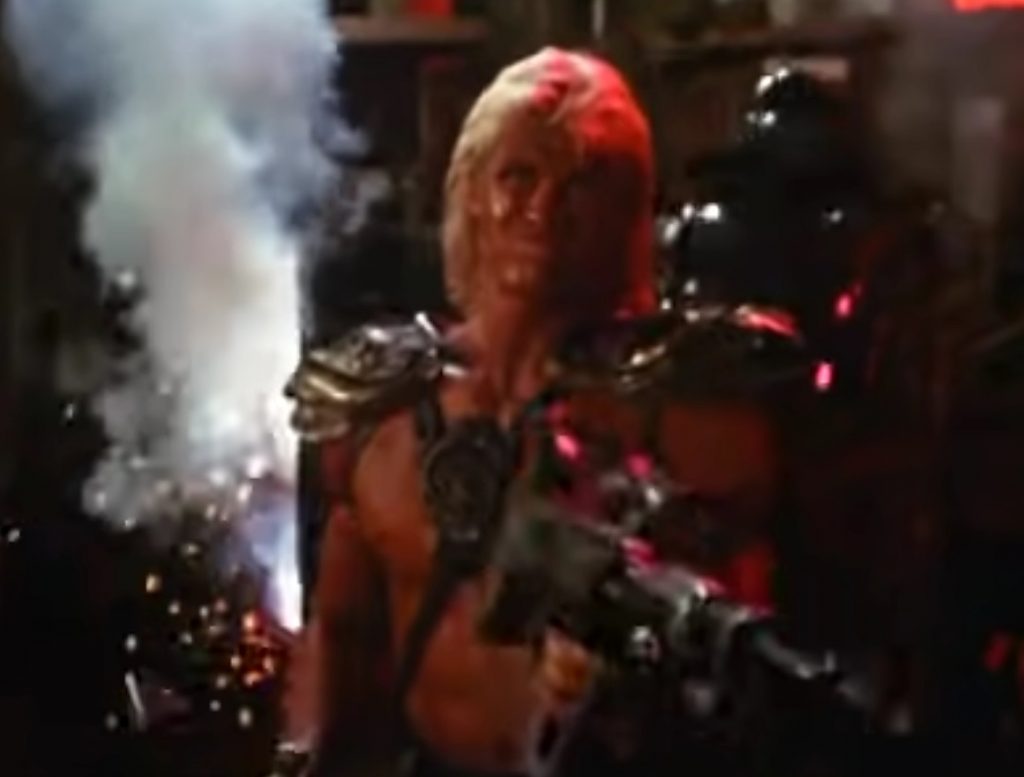 Before Netflix and Mattel cast Kyle Allen as the new live action He-Man, the role was supposed to go to Noah Centineo. Centineo (To All the Boys I’ve Loved Before) dropped out of the role back in April 2021, and it felt like a sign that maybe Dolph Lundgren would be the only live-action star to wear the mantle of He-Man. But production marched on. Now we have a new He-Man, Netflix and Mattel are actually working together, and Dolph Lundgren and his giant assault rifle won’t be our last live-action memory of He-Man.

What are we Expecting from the Live Action He-Man?

In terms of plot, we don’t have a lot to theorize about beyond a vague sentence from Netflix: “An orphan named Adam discovers he is a prince destined to be the savior of a faraway land and must quickly learn of his power and the importance of saving his true home from an evil force.” It sounds like an origin story that will feature Adam’s space himbo ascension among other things. We’ll likely either get some kind of origin for Skeletor and some of the other big-name villains. Another possibility is that it will feature a totally new villain and have Skeletor’s origin baked in as a little side plot.

Even at the script level, this movie has been in a bouncing state of chaos. Originally, Mattel brought in David Goyer to work on the script. He put out what he described as “a more fantastic Lord of the Rings.” That’s a huge claim. That’s like when every single dark fantasy author described their books as “Game of Thrones but grittier.” We have a lot of hope for this third He-Man feature to hit Netflix. MOTU fans are getting more attention in the last year than they’ve had in decades.

To wildly theorize for a moment, we have some thoughts on what this movie might do, and by thoughts we mean hopes. First, this is an amazing chance to give us a beautiful Eternia. We don’t know where Adam is going to start out considering his mother is canonically from Earth, but either way this is the perfect chance to show just how magical everything on Eternia is. I want James Cameron’s Avatar but instead of blue people and jellyfish, it’s backwards waterfalls and flowers that cough rainbows. Speaking of rainbows! With this movie, Mattel will basically have 3 different He-Men going on Netflix. One of them has to be gay. Come on. He-Man has always been a gay icon, but now we have a chance to have him put that harness and that hair to use. Let He-Man be gay and Skeletor can be his tragic boyfriend!

The Masters of the Universe live-action movie was originally set to release in March 2021 but has been delayed with no release date yet planned.