Kathleen Kennedy Talks About The End Of The Skywalker Saga

Star Wars has a long history. The original films and the prequels are so well-known, well-loved, and well-watched that it’s impossible to stop watching everything new that comes from the franchise. Kathleen Kennedy, the president of Lucasfilm, may not have been around for the first 6 movies. Though, she’s one of the masterminds behind the new trilogy, after being chosen by George Lucas to run the show. Though she’s had some controversies and unfavorable public opinions, she continues to have the biggest influence on the future of the films. Recently, Kathleen Kennedy spoke about the long road to the end of the skywalker.

A massively successful trilogy cannot be done justice unless properly thought out before beginning.  In an interview with Gizmodo, Kathleen Kennedy spoke about the process behind the new Star Wars trilogy, and The Force Awakens specifically. According to Kennedy, there was a lot of research and conversation going on. It was important to understand the “mythology” that Lucas himself had created while wanting to go down a new road. While their deepest respects to Lucas’ work is given, it was also important to give directors like J.J. Abrams and Rian Johnson, both self-proclaimed superfans, a chance to do their thing and make it their own.

The Future of Kathleen Kennedy, the Skywalker Saga, and The End Of An Era

A lot of what Kathleen finds important is not cementing anything or limiting the future of Star Wars. Certainly, a world full of stormtroopers and skywalkers and light-saber wielding forces have plenty of potential for branching out beyond the films. Stories like The Mandalorian have proven that there is plenty of potentials. Though, Kathleen does touch on how the upcoming film is being marketed as the end of the “Skywalker Saga”. Kennedy does confirm that the Skywalker family is coming to a conclusion, and that path is being closed down. But that doesn’t mean that anything else has to come to an end, too. 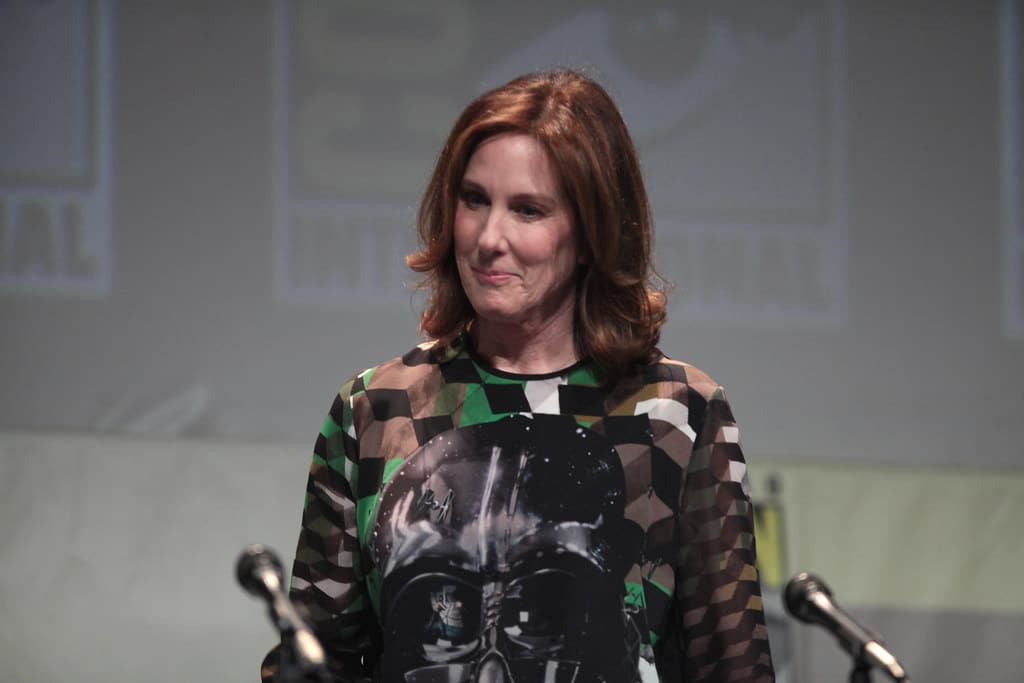 Where Does Colin Trevorrow Fit In?

If you’re keen on following directors, you’ll know that Colin Trevorrow directed the massive blockbuster film Jurassic World in 2015. So, it wasn’t a surprise when he was announced as the director for The Rise of the Skywalker, back in 2015. After all, he had experience in handling such a big movie. Unfortunately, Lucasfilm wasn’t very happy with the way that the script was going. So, J.J. Abrams stepped in to replace Trevorrow. So, was it just creative differences?

Kennedy chalks Trevorrow’s dismissal as him not being a part of the previous films, like The Force Awakens. She says that he lacked the immersion into the story that was needed to do it justice. We definitely understand how it must be crucial to the story that everyone handling it has a firm grip on what’s going on. Though, we remain curious as to what the script and concepts for the film looked like back when Trevorrow was still attached.

Excitement For The Rise Of The Skywalker Continues

I don’t think that people will ever stop getting excited about Star Wars stuff. Whether it’s TV, massive movies, or Baby Yoda memes. It’s a massive franchise with sometimes overwhelmingly loyal fans. And, for better or for worse, those fans sure do love the world that George Lucas created so long ago. Whether the Skywalker is coming to an end, or it’s just the beginning, we understand where Kathleen Kennedy is coming from when talking about how important fans are to the franchise.

Readers, how do you feel about the latest Star Wars trilogy? And do you have any ideas about the future of the franchise? Let us know in the comments!

The Hellions by Zeb Wells become the Newest Dawn of X Team!
The Best Christmas Movies To Put You In The Spirit