Home » Movies » Jay and Silent Bob Are Back! A first Look At The Characters After many rumors of yes or no, 16 years passed until Smith confirmed the third part of Clerks. Jay and Silent Bob are back. Clerks was an independent film that had considerable success. The movie, released in 1994, was produced and directed by Kevin Smith. The plot was focused on the behavior of the generation of the 90s, even though independent films were not trendy then.

A sequel was premiered 12 years later, showing the development of the main characters Jay and Silent Bob. Smith played the second character and his childhood best friend, Jason Mewes. This one would give a satisfying ending for this duo of friends, bringing the series to a close.

Jay and Silent Bob are Back! A First Look at the Characters Smith confirmed a new sequel to Clerks filming with a new promotional poster for the movie. In it, you can see both characters somewhat aged by time in the Quick Stop. Many billboards are seen around, which Smith was responsible for as an advertising campaign.

The published image shows different types of people in the surroundings. Among them, we have goths, athletes, and musicians. It seems to imply a diversity of people who may be at this stop. The protagonists seem to be looking at these characters, representing the new generation of the time.

The image shows the word “Coming soon.” Although it does not reveal when the film will be available, Smith said that the film’s first trailer would appear on July 6. In this trailer, we will likely see the estimated release date and more details about the movie’s plot.

As for the characters, they have the generational look of the 90s. With jackets, the cap backward on the part of one of them, long hair and without piercing or other elements as was typical of young people in the 90s.

As for the plot, we have to show two significant aspects of Smith. A person’s life after overcoming a heart attack and making a movie after this event. It will be about how the pair sign a film and run a convenience store after Randal Graves (Smith’s character) suffers and survives a heart attack.

The Impact Clerks had at the Time The impact this film had on the movie world was astonishing if we evaluate both the public’s critics and the budget. The opinion of this comedy film is that it was a piece of art, that even though some of the jokes were simple they were great.

The film was a showcase of comedy that was different from what was lived at the time. The review of it is that the script was genius, and a movie ahead of its time. They were everyday scenes, funny, implausible, and adjusted to the facts of the time.

In terms of box office, the numbers speak for themselves, as it grossed over $3 million. An impressive amount for independent cinema at the time and even more so if we evaluate its budget. The budget for its production was $27,575.

There is a quite popular scene in which Jay and Silent Bob participated. Both Ben Affleck and Matt Damon appear in it. In this one, we see how they are filming a scene of a movie in a recording studio. They turn it into chaos and have to flee from the guards. It ends when they enter another set where they are filming one of the many versions of Scream.
This scene is on YouTube, having almost 1 million views on the platform. It belongs to the second part of this saga released in 2006. 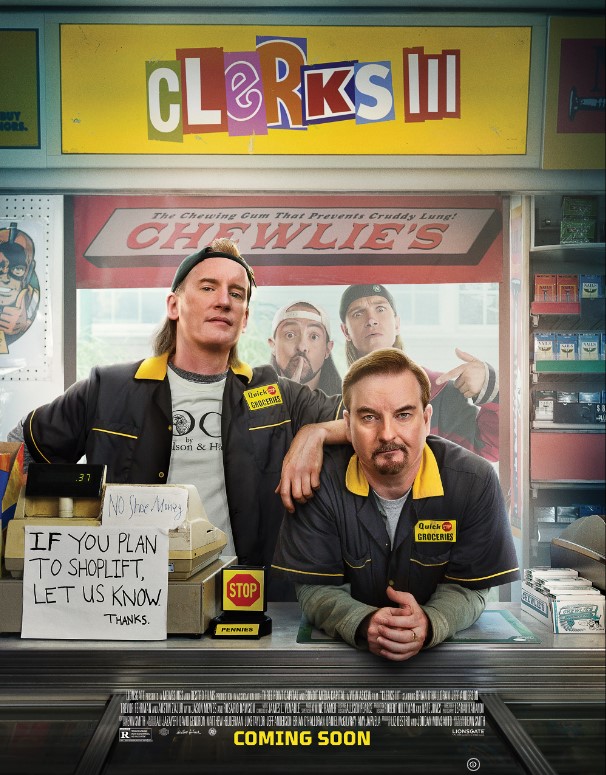 As we can see a new version of Clerks will be available soon in the cinema. This was announced by the creator, Kevin Smith, which will be about a couple of crazy people who try to shoot a movie while attending a department store. The release date has not been announced, but the trailer will be released on July 6, 2022. We will see what crazy things this couple has in store for us this time.

Black Adam’s Superman Cameo Would Be Disappointing (RUMOR)
Guardians of the Galaxy Vol. 3 Is A “Masterpiece”