Thought About Labyrinth After Watching For The First Time

Have you ever explained that you’ve never seen an older film, only for your friends to be shocked? Films like The Godfather, Fight Club, Psycho, and other well-received films are so known that it’s surprising when someone hasn’t seen one. Despite their “what do you mean you’ve never seen it?” status, they’re often recommended, topping “must watch” lists, or even studied in classes. However, there’s one film that only makes one of these lists. Labyrinth, Jim Henson’s 1986 musical fantasy, is a film that people are surprised you’ve never seen, but one that they’ll never think of when it comes to recommending movies. This is an odd film, receiving a disappointing box office run and negative reviews. More than 30 years after its premiere, it has a cult following. I just watched Labyrinth for the first time, and there’s a lot we should talk about.

I Just Watched Labyrinth For The First Time

2001: A Space Odyssey was the last time that I watched an older or classic film after years of putting it off. With the Stanley Kubrick classic, I had experienced years of cultural osmosis and had a decent idea of the plot before going in. Watching Labyrinth was nothing like that. I could tell you that David Bowie was in it. That was about the extent of my knowledge. And, when I mentioned I would be watching it, friends would say something along the lines of “Oh, I love Pan’s Labyrinth.” Despite knowing nothing about the film, it’s always one that you hear swirling around in conversations about fantasy films or even musicals. People are surprised when you say you’ve never seen it, but they never bother to tell you to watch it in the first place. Why is that?

I believe that the answer to the uncertainty surrounding the success of Labyrinth has to do with a few factors. The first is when you first watched it. Next is the age you are when you are introduced to it. Labyrinth did not do well when it was first released. It barely made half of its budget domestically. Reviews were mostly negative, despite a few glowing raves. But, over the years, people grew to love it. If you ask a child who watched it upon its release, or an adult who waited to see it, they’ll want to talk about it. So, before we dig into the legacy and impact of the film, I want to share my thoughts after watching Labyrinth for the first time.

What I Thought About Labyrinth After Watching For The First Time

In all honestly, I hated watching the first half of this film. The story seemed predictable, the effects were pretty bad, and the goblins took some time to get used to. I didn’t understand why I was bothering to spend time on this film. Fortunately, my mind slowly opened up to the idea of the film as time went on. By the time that Sarah (Jennifer Connelly) teams up with Hoggle and Ludo, my heart had been won. I didn’t learn to love the plot. I still noticed all the flaws. But, somehow, the fantasy of this film makes your heart soften to the parts that you don’t love.

So, after all the laughable CGI and cliche moments, why would I love it? Labyrinth leaves our imaginations feeling inspired. The tricks and trap doors, all the silly characters we meet along the way, and the endless amount of pathways that we see are only the beginning. Even though films can feel limited to what we see on screen, Labyrinth invites us to imagine more. It gives our minds the space to wander while watching, and we get to make up fantastic scenarios of what could be behind the doors that Sarah didn’t open. Loving this film is about more than loving it alone. It’s about loving what fantasies mean.

The overall theme of the film centers on Sarah, 16, as she navigates the sometimes terrifying transition into womanhood. Particularly, she learns about how her actions have consequences, and that she needs to spend more time thinking things through. We see her missteps frequently, as she mistakenly believes that she’s getting good at solving the tricks of the maze, only to be instantly proven wrong. This seems to mirror the oh-so-common mentality that youth have when they believe that they know the secrets of the universe. If you’ve ever been a teenager, I’m sure you can think back to your 16-year-old self and relate.

It Reminds You Of Other Films, but Not Ones You’d Expect It To

I expected to be reminded of other fantasy films. Unexpectedly, I couldn’t stop comparing this film to The Rocky Horror Picture Show. I know, I know. They’re really nothing alike, aside from being musicals. Taking the time to think about it does draw some interesting parallels, though. Both Dr. Frank-N-Furter (Tim Curry) and Jareth (David Bowie) are villains, and the film makes it pretty obvious. Despite their poor intentions, we can’t help but feel drawn to them. They’re designed to be alluring, and, at times, trick us into comfort.

In addition to the slight similarities between both films, they also both hold cult status. Rocky Horror was pretty ignored upon release. Compare that today when thousands of people (myself included) go to midnight showings, dressing up as their favorite characters. Labyrinth found a similar fate. Fans go to yearly “Labyrinth of Jareth Masquerade Ball” events. The film also plays on television frequently. Some of the more recent fame may be due to David Bowie’s unfortunate passing, but the cult status had already been in place long before that.

Image via the Jim Henson Company

The Legacy And Impact of Labyrinth

The plot of Labyrinth is simple, despite being surrounded by complexities. Sarah is trying to rescue her baby brother from Bowie’s Goblin King. She must travel through a labyrinth and solve some sticky situations, all while the Goblin King tries to stop her. We feel the level of urgency and desperation from Sarah. Still, the stakes don’t feel too high. It’s dramatic, tragic, joyful, and over-the-top. All of these elements mixed together just make it full of so many things that everyone can find something to hold on to.

After finishing the movie, I now regret not watching this film when I was younger. I can only imagine the number of dreams it would inspire. I can see myself going into mazes and pretending like I’m trapped in the labyrinth. For those who did manage to watch Labyrinth as a child, there’s a good chance it left a magical footprint on your soul. These fans have likely encouraged their friends and sometimes families to watch it, too. It’s a movie that begs to be passed down to younger generations. (Excuse me while I go ask my mother why she never had me watch it.)

As I mentioned, there are some pretty symbolic things going on in this movie. You notice the beauty and the fantastic when you watch it as a child. But if you go into this for the first time as an adult, or re-watch it again years later, you’ll almost be watching a different movie. It’s about hardships and learning how to trust. You see friendships develop gradually and people deal with regret. There are a lot of adult themes hiding behind what looks like a children’s movie. The writing behind this movie was smart, as more than 25 revisions were made before they perfected the intricacy of it. 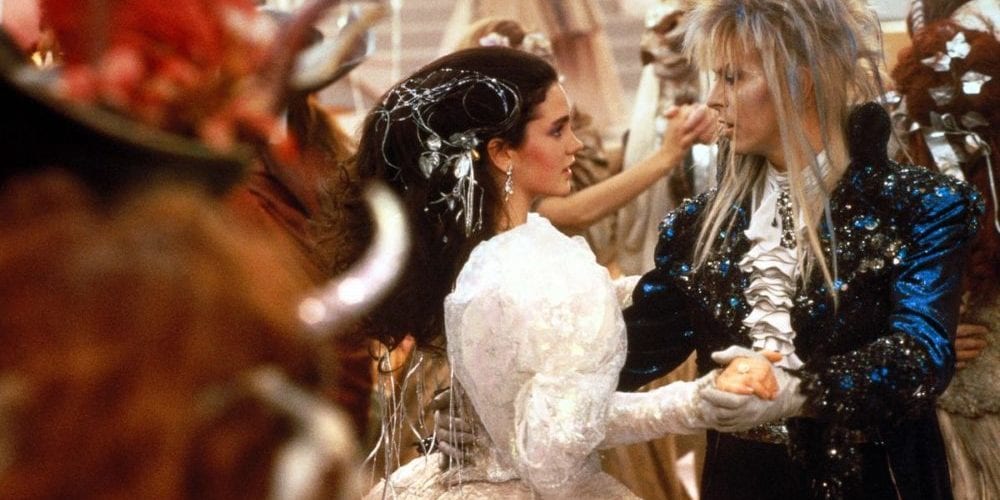 The Future of Labyrinth

Midway through my first time watch of Labyrinth, I began to wonder how this film would work today. Surely, Ludo dolls would sell out in a porg-like fashion. The massive improvement in digital effects would make the distractingly bad CGI far better. Still, I think part of the charm of this film is the mistakes it made. It favors the beauty in adventure, quests, and storytelling over perfecting the little things. So, I don’t think we need a remake. However, we’re fortunate, because a sequel is coming from Scott Derrickson.

There are so many directions that a sequel or spinoff of Labyrinth could take. A new Goblin King could take the throne (maybe Janelle Monae, as our own Emily O’Donnell hopes for). We could watch the goblins do something fun. Sarah could find herself back in the labyrinth, dealing with a new set of problems to overcome. That’s the beauty of films that take place in a fantasy world. As long as the world remains, the opportunities are endless.

Readers, think back to the first time you watched Labyrinth. And, if you haven’t, go watch it right now and come back to us. What was it about the film that made you love it (or hate it)? I’d love to hear your thoughts on how fantasy films like this can inspire us, teach us, or just make us wish that we’re 16 again and thinking that we have it all figured out.