How Much Money Is Mulan Bringing Disney? - Comic Years

Home » Movies » How Much Money Is Mulan Bringing Disney?

How Much Money Is Mulan Bringing Disney?

Have you had the chance to stream Mulan yet? The recent live-action adaptation of the beloved Disney film was released on the streaming platform in September after a long battle against closed theaters. The move was risky. After all, we live in unprecedented times. Was it worth releasing on a streamer, or should Disney have waited until theaters are open and theater-goers feel safe? That’s the million-dollar question, folks! So, let’s take a quick look at how much money Mulan is making Disney.

Is Releasing Mulan Online a Good Way to Make Money for Disney?

Streaming services don’t release numbers like box offices do. This makes it tricky to find out exactly how much money a movie has made. Mulan did release in some theaters where Disney+ is not available. It made around $6 million during its rollout.

Brian Lichtenberger recently explored some profits with backed-up sources. You can look at the entire Twitter thread below, but the gist is that Mulan isn’t doing too bad. In terms of revenue, estimates range from $62 million to $93 million domestically. This is only looking at the first 12 days of September. It’s also worth noting that this is looking at the $30 cost of Mulan, not the earnings that new Disney+ subscribers brought in.

What Could Mulan Have Made at the Box Office?

Let’s imagine a world without COVID-19. Theaters are open, Tenet made a ton of money at the box office, and Black Widow was the hit we expected it to be. But where does that leave Mulan? The original film from 1998 made a whopping $304 million on a $90 million budget. The new movie cost $200 million, so it needs to make even more.

The Lion King was released in 2019 and was another Disney remake of a fan-favorite film. It made $545,637 domestically, with a worldwide number of $1.6 billion. That’s a lot of money! Similarly, the 2019 remake of Aladdin pulled in just over a billion at the worldwide box office.

Based on the success of other live-action Disney movies, it’s likely that Mulan could expect at least a billion at the box office. Some estimates also think that its opening weekend could have pulled in as much as $85 million (pre-COVID, of course). 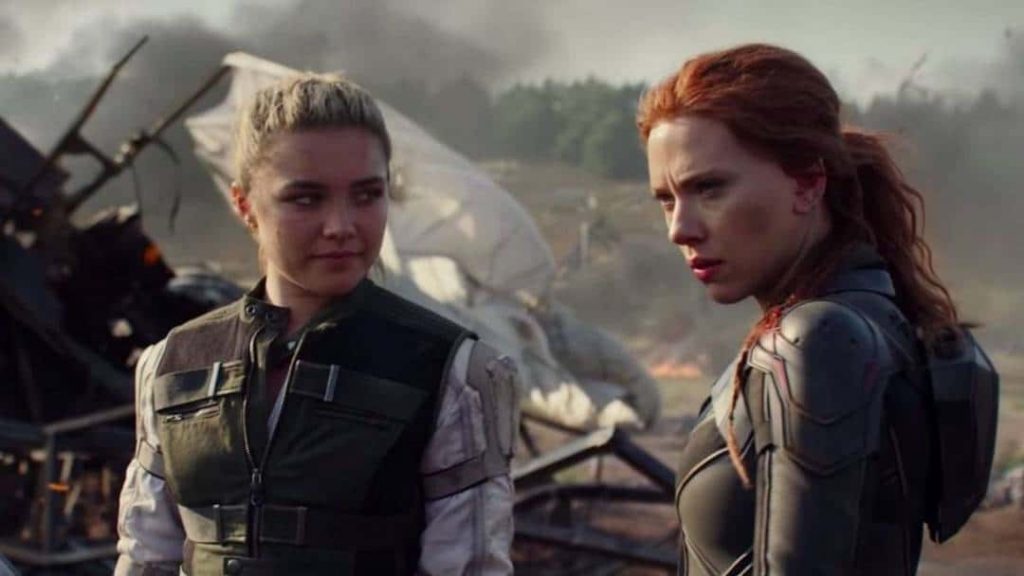 What does this mean for Black Widow? Image via Marvel Studios

What Was The Right Choice?

We’ll never know how much money Mulan would have made if COVID-19 never happened, and it was released as planned. Though, it’s safe to say that it would have done poorly if released in theaters today. Tenet’s domestic numbers have been insufficient, to say the least, and the international numbers just aren’t enough to make up for it.

Another thing to consider is ticket sales. It’s not just the studio that makes money when a film sells tickets. The theaters get a take of it, too. It’s typical for a studio to make about 60% of the ticket’s price, meaning that they lose a huge chunk to theaters (who, of course, deserve the money). Since the film doesn’t have to deal with this extra hassle, it means that 100% of the money is feeding the mouse that spins the wheel that is Disney. How is he not full yet?

Not releasing Mulan on Disney’s streaming service would lose them money. They would have to put off the release until the world is somewhat back to normal, or release it now and eat the costs. It also gives people more reason to subscribe to Disney+, as subscribers can expect hot releases to pop up more often. All in all, it seems that releasing Mulan on Disney+ was a smart choice.

Readers, do you think that the money Mulan made for Disney is enough to encourage them to release more films on the streamer? Do you think this could mean we’ll see Black Widow on there any time soon? Let’s talk about it!