Grab your robes, wands, and owls because a Harry Potter flagship store is opening in New York City this summer! Dubbed Harry Potter New York, the store is set to open this summer and will “house the largest collection of Harry Potter and Fantastic Beasts products in the world from pocket money items to rare collectibles.” 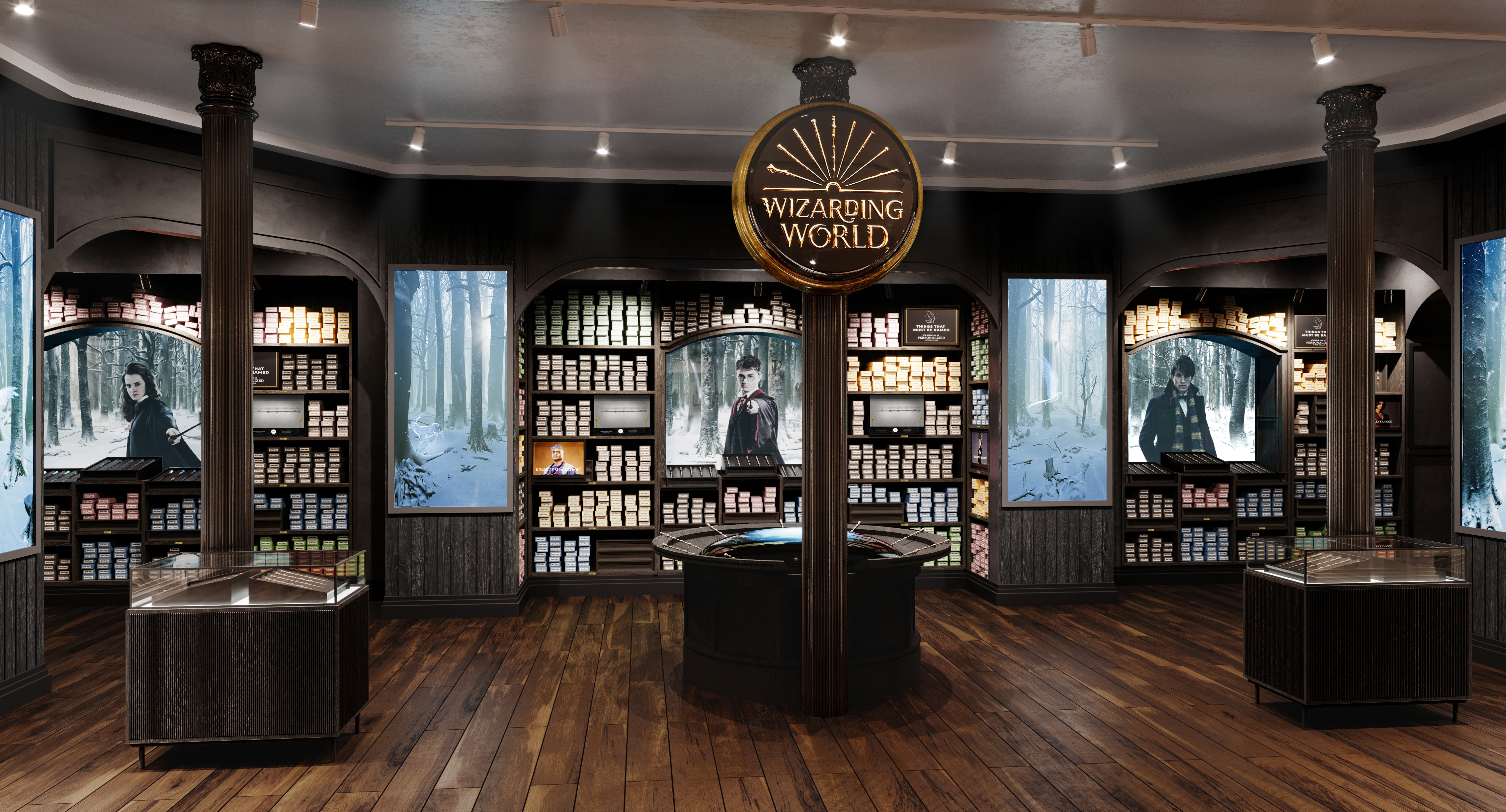 While this store might seem repetitive (there’s already The Wizarding World of Harry Potter in Orlando and the Warner Bros. Studio Tour in London, both of which sell numerous Harry Potter paraphernalia), Warner Bros. knows how lucrative the franchise is, even with author J.K. Rowling’s transphobic novels and tweets appearing last summer.

Despite Rowling’s idiotic statements, many came out in support of the Harry Potter world and the characters themselves, including Harry himself, Daniel Radcliffe:

“To all the people who now feel that their experience of the books has been tarnished or diminished, I am deeply sorry for the pain these comments have caused you. If these books taught you that love is the strongest force in the universe, capable of overcoming anything; if they taught you that strength is found in diversity, and that dogmatic ideas of pureness lead to the oppression of vulnerable groups; if you believe that a particular character is trans, nonbinary, or gender fluid, or that they are gay or bisexual; if you found anything in these stories that resonated with you and helped you at any time in your life — then that is between you and the book that you read, and it is sacred. And in my opinion nobody can touch that. It means to you what it means to you and I hope that these comments will not taint that too much.”

Other actors and actresses involved in the movies and Broadway show (Katie Leung, Emma Watson, Noma Dumezweni, just to name a few) also spoke out against Rowling and included ways to be an ally to the trans community, showing that the world created can be better than the creator. Harry Potter fans (myself included) want to show that the stories represent something vastly different than what Rowling has shown herself to believe: acceptance along with an inclusive and diverse world.

How Will The Harry Potter Flagship Store Be Different? 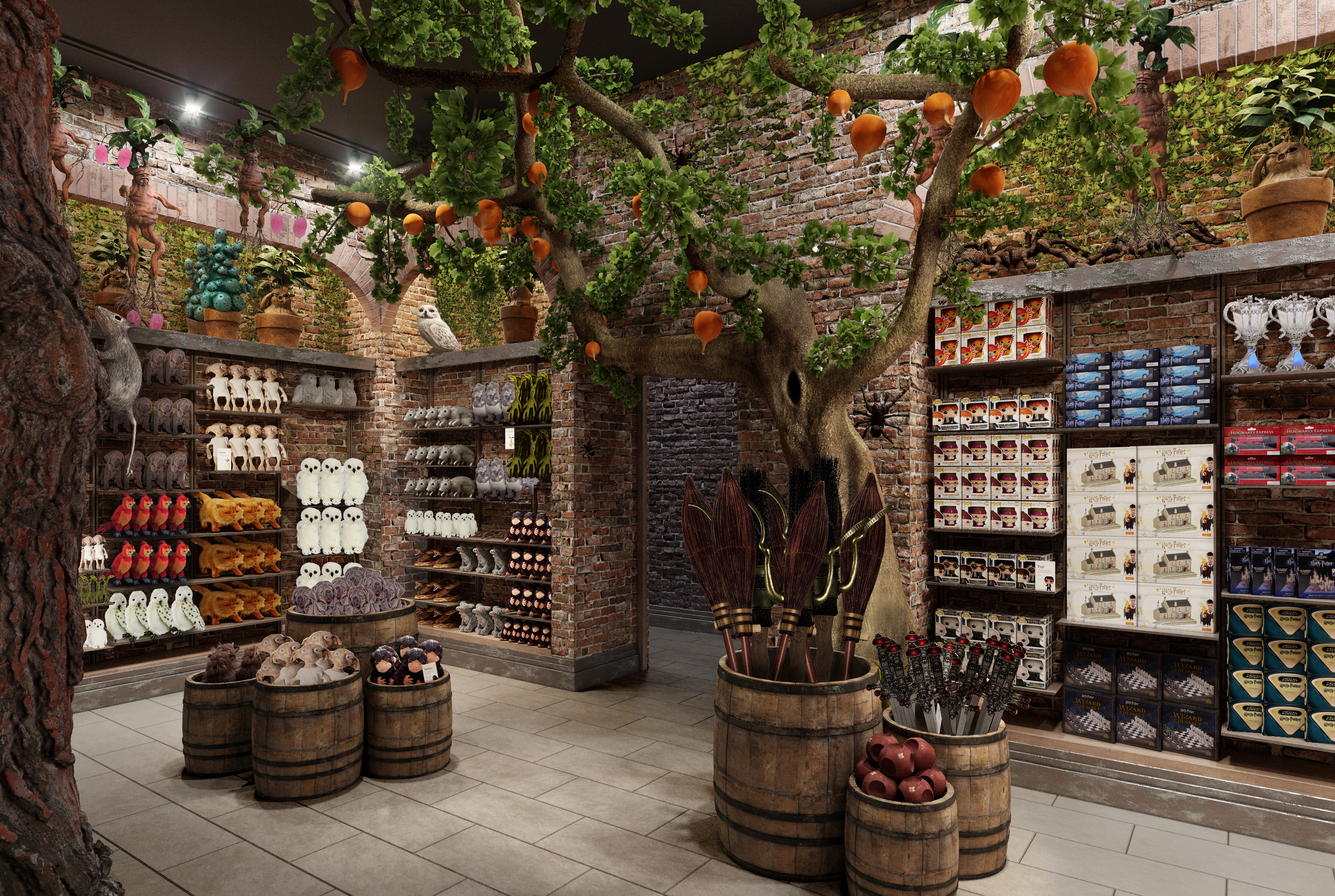 Harry Potter New York will offer 15 different themed areas based on places in the books and interactive places throughout the three floors. Several photo ops will be available including one with a 100 kilogram model of Fawkes (Dumbledore’s phoenix) and another that you can take inside Hagrid’s boot. The store is also going to create two immersive experiences using VR: Chaos at Hogwarts, which invites customers to step inside the castle, and Wizards Take Flight, where customers can “fly” on a broom across London.

While there will be numerous products that can be purchased outside of Harry Potter New York (think house robes, wands), there are some that will be exclusive to the store. In addition, there will be a Personalization Area where customers can get their names added to select items. Given the sheer number of product categories (Homeware! Cosmetics! Travel!) and the fact that the store is located in New York (where the Fantastic Beasts movies take place), there are bound to be some interesting things at the store.

Lastly, one thing that will be very cool (at least in my opinion) is the House of MinaLima area. Miraphora Mina and Eduardo Lima make up the graphic design team that created the graphic props in the Harry Potter and Fantastic Beasts films. In the MinaLima section of the store, visitors can see some of the graphic arts creations, including The Daily Prophet and Harry’s Hogwarts acceptance letter.

You can learn more about the store and what it offers here. To continue to learn about and support the trans community, check out The Trevor Project.

Harry Potter New York will open June 3, 2021 at 935 Broadway in the Flatiron District.

What do you think about the new Harry Potter flagship store? Let us know in the comments below!

Check Out The DCFanDome Teaser For The Flash Movie, Including A Look At Batman