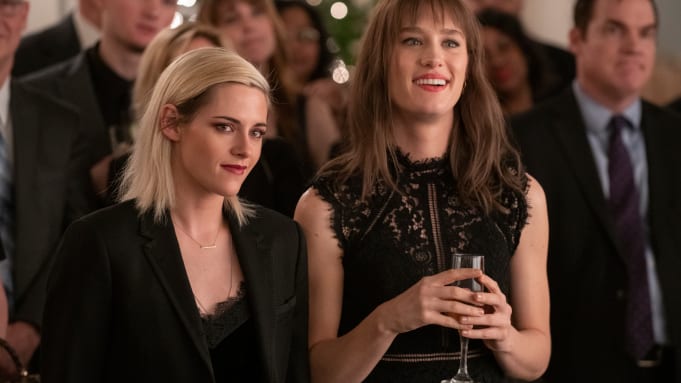 Earlier this year, while watching my monthly re-watch of Call Me By Your Name, I wondered aloud why almost all great queer cinema is so damn sad. From Brokeback Mountain to Portrait of a Lady on Fire, we often leave the film feeling more downcast than empowered or romanticized. And sure, films like Love, Simon are out there, but they’re pretty rare. As if Clea DuVall herself was there to answer my prayers, news of an upcoming cheesy (and lesbian) Christmas movie was announced, and I’ve sat in anticipation since then. In this review of Happiest Season, we’ll take a look at how the home for the holiday trope is used in a way that we can’t believe hasn’t been done a million times, because it’s just so good.

Happiest Season starts out like every other Christmas movie out there. Harper (Mackenzie Davis) is trying to get some holiday cheer out of Grinch-ey girlfriend Abby (Kristen Stewart) before leaving for her parents’ place for Christmas. In an unplanned, driven-by-love moment of cheer, Harper invites Abby to come with her. Though, what Harper has forgotten to mention is that her parents have no idea that they are a couple. Oh, or that their daughter is a lesbian.

Harper and Abby must spend the next five days in a conservative hometown, hiding their relationship. The only person who knows is Riley (Aubrey Plaza), an ex-girlfriend of Harper’s who is more than understanding of their heartbreaking secret. As time passes, the couple realizes that keeping secrets is harder than they thought. Can their love endure a little bit of extra time in the closet? Only Santa knows! 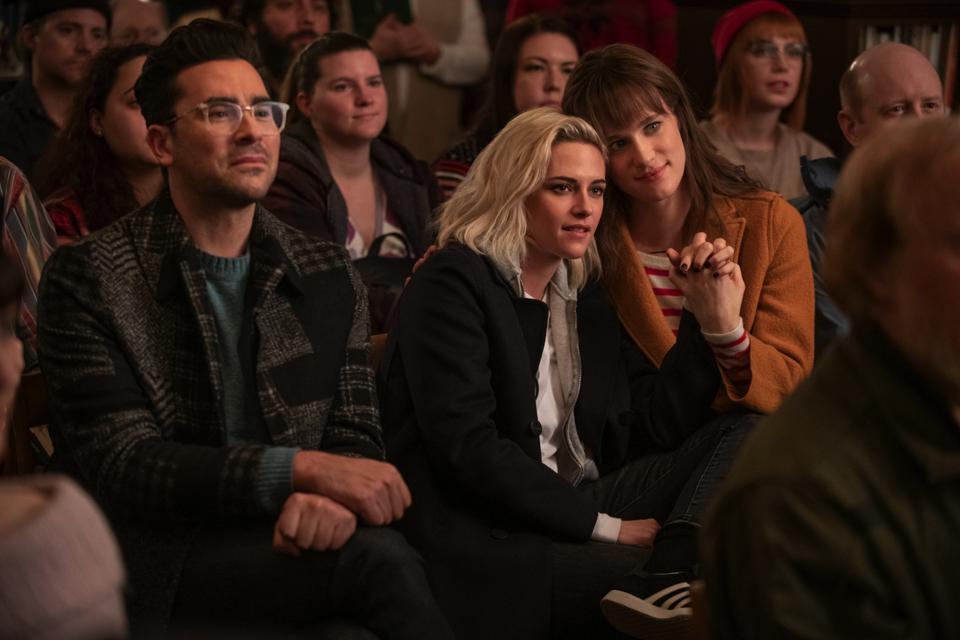 A Tale of Coming Home and Coming Out

We have explored why cheesy Christmas movies make us so happy, even if we’ve seen the same story a hundred times. This genre typically consists of some family drama and a sincere love story. Another element is that viewers can often sense that things will all turn out okay. After all, this is why we love them. They are perfect escapism movies and help satisfy our fantasies of a perfect Christmas.

Happiest Season makes this classic trope look so seamless that we can’t believe it hasn’t been done over and over again. The inclusion of an in-the-closet couple brings plenty of family drama and naturally helps us fall in the small town setting that we so often see in the cheesy Christmas movie. Throw in an ex-lover and the ex-boyfriend (who isn’t in on the gay thing) and voila! Plenty of holiday shenanigans ensue.

You can’t make a family drama film without the perfect family cast. Acting alongside Davis and Stewart is the ideal family. Alison Brie’s Sloane, the older sister with the “perfect” marriage and complicated career tells us everything that we need to know about this home. They were raised to compete with each other, having to prove why they deserve a spot in the family. And if they don’t, they might just end up like the oddball little sister, Jane (Mary Holland).

The only criticism that I have to note in this review of Happiest Season is that Kristen Stewart has too much chemistry with everybody, which makes her chemistry with Mackenzie Davis a bit less special. Her scenes with Aubrey Plaza feel so romantically charged that we can’t help but wish that the film took a different direction. But that’s not necessarily a fault of the movie, but rather that Stewart is much better at portraying romantic interest when she’s not acting opposite Robert Pattinson. 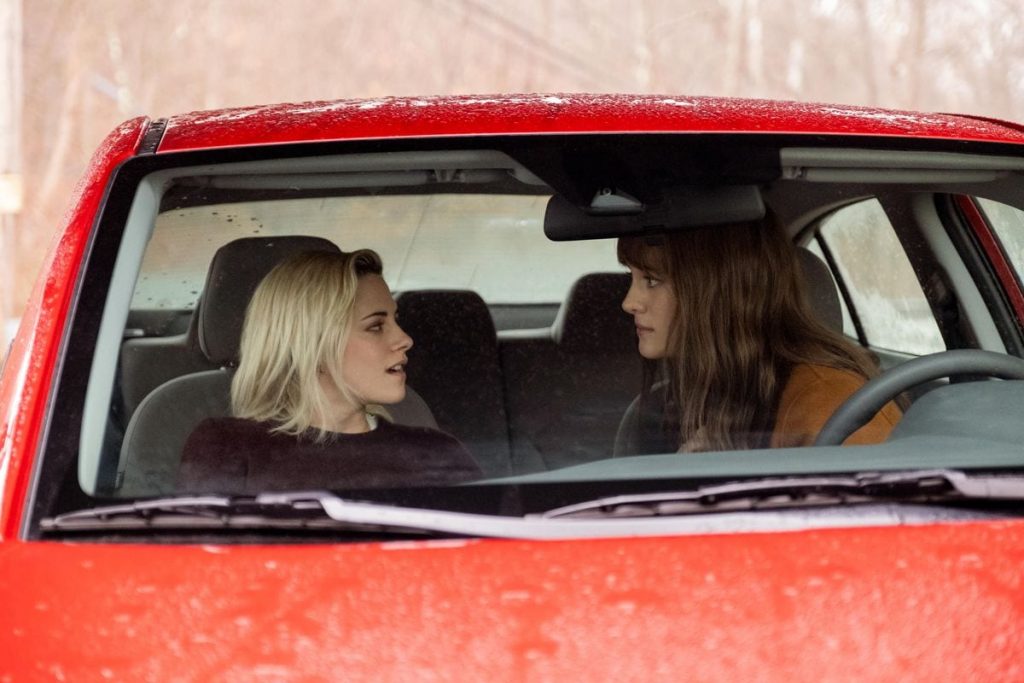 Happiest Season isn’t the first queer Christmas movie. Yet, it still feels special amongst the rest. Many films that portray queer love are criticized for being targeted to a heterosexual audience. These narratives can be told by anybody, but there are certain subtleties that can only be told by somebody who has experienced it. We can tell the difference between a straight-made LGBTQ+ love story and a more truthful one.

This movie certainly benefits from their very queer cast and crew. The director, Clea DuVall, is an open lesbian, as is star Kristen Stewart. This dynamic brought plenty of questions to Stewart during her time speaking to the press about the film. Notably, she was asked whether gay characters should only be played by gay actors, which she explained was a “gray area,” and we agree.

Talented actors can play roles of any sexual orientation. Though, the relationships embedded within this film prove that gay movies feel more truthful when being told by people who get it.

Almost every queer person has a unique coming out story. As Dan Levy’s actor explains, we risk changing everything by saying those few words. Sometimes things change for the better, and sometimes they change for the worse. Harper is not the first to be forced to feel like she must choose between her partner and her family. So, if cheesy coming out Christmas movies are the next big thing, then sign us up!

Readers, do you agree with our review of Happiest Season? If you haven’t watched it yet, you can stream it on Hulu now.