Eternals Post-Credit Scene Spoiler Revealed & Its Impact On The MCU

Eternals Post-Credit Scene Spoiler Has Big Implications For The MCU

The Eternals premiere is almost upon us, ending both one of the most impressive ad campaigns the MCU has ever pulled off and resolving all this built up anticipation. Everything about this movie has been so exciting to watch develop, from the wildly star studded cast all the way down to the poster design. And based on early reactions from the premiere, there’s still a lot to be excited about. Premiere reactions to Eternals are almost unanimously glowing, calling it epic, beautiful, and spectacular. Among those reactions, some new information has also come out about an Eternals post-credit scene spoiler, and it has a huge implication for the rest of the MCU. A pair of writers for Variety.com revealed a surprise casting and character appearance.

If you want to remain unspoiled on this surprise until November 5th, when the Eternals movie comes out, you will want to avoid this spoiler about the post-credit scene surprise. If you are fearless about spoilers, however, proceed on and learn how the MCU seems to be going in one direction. 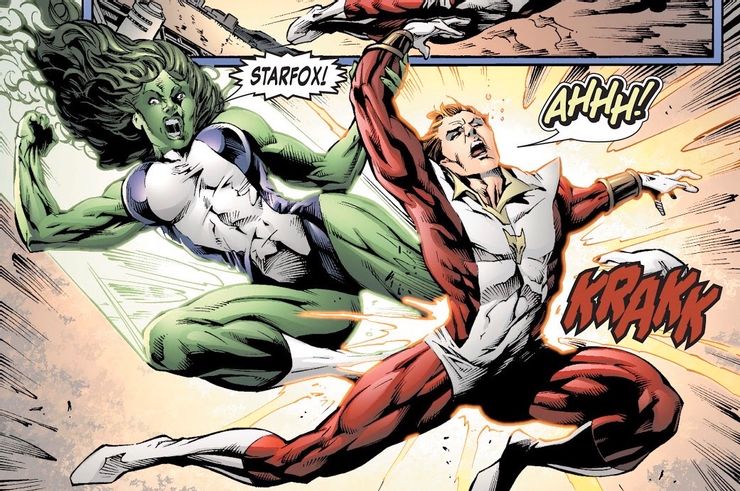 As bonkers as this news sounds, it has been confirmed by a few different sources. One Direction’s Harry Styles is in the MCU, and he’s playing Thanos’s brother Eros, also called Starfox. One of the first to drop this casting spoiler was Matt Donnelly, a film writer for Variety who probably shouldn’t look at his Twitter DMs for a hot minute.

Big reveal from #TheEternals premiere — Harry Styles has joined the MCU as Eros, brother of Thanos.

What exactly happens in Eternals end-credit scene isn’t clear, other than the reveal of Harry Styles as Eros. For a movie that is already adding so much scope to the MCU, this is a pretty big deal, but it does inspire some questions.

Who is Eros and Why Harry Styles?

First, and probably foremost in the minds of everyone who has ever seen Harry Styles, Eros is not purple, and his chin is pretty standard. He is the son of two Eternals Eros A’Lars and Sui-San, and unlike his brother, he looks like a no different from the Eternals we’ve already seen. If you wanted to succinctly describe Eros, you could reasonably say he kind of looks like Harry Styles with more angular eyebrows. If the MCU has anything, it’s casting credibility. Their impressive casting history alone should be enough to inspire confidence, but if you need more, just take a look at him. Like Thanos, Eros is a powerful being from Titan. Unlike MCU Thanos, he was more concerned with flirting than he was with universal slaughter. Maybe that explains comic Thanos being so infatuated with Lady Death. It’s a family thing. 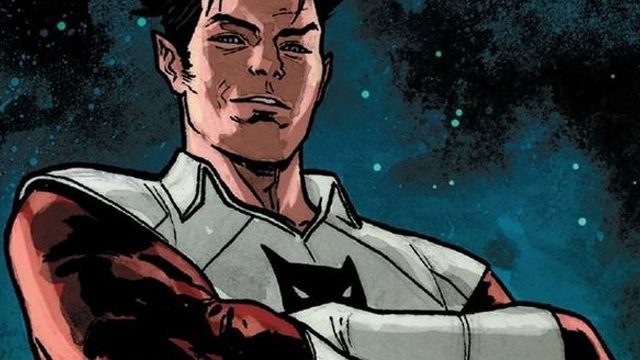 In the wake of a lot of disappointing news about Disney movie delays, somehow this is the chaotic interesting development we needed but could not have seen coming. It tells us Marvel can still surprise us, and it means a really interesting character with incredible eyebrows is going to be in the next stage of the MCU’s development. It also means there’s a chance for a really awkward conversation between the Avengers and Starfox considering they, ya know, killed his brother twice. If you want to learn more about this Eternals post-credit scene spoiler, you’re just going to have to wait until November 5th. There’s also the whole movie to watch before the post-credit scene (pre-credit scenes, if you will) so you’ve got that to look forward to as well.

Eternals debuts in theaters on November 5, 2021.

What do you think of this latest MCU casting news, specifically that Harry Styles shows up in the MCU as Starfox, or Eros brother of Thanos? Tell us about it in the comments below! Do you think this is a big spoiler or should they have announced it earlier?

Another Big Delay of Disney Movies Is Coming in 2022, Including Pushbacks for Doctor Strange Sequel, Wakanda Forever, and More
We Have Demons #1 Kicks Off The Snyderverse (not that one) With A Biblical Epic