Home » Pop Culture » Exploring Genre Tropes: What Is Eternal Recurrence And Why Does It Keep Showing Up In Sci-Fi & Fantasy?

Exploring Genre Tropes: What Is Eternal Recurrence And Why Does It Keep Showing Up In Sci-Fi & Fantasy?

“All of this has happened before, and all of this will happen again.” This is not just a popular quote/mantra from Battlestar Galactica, it also sums up the trope of eternal recurrence. Today we are exploring this concept in a new series tackling the many tropes that pop up in genre fiction and media.

The concept of eternal recurrence is a theory that shows us how “existence recurs in an infinite cycle as energy and matter transform over time,” according to ThoughtCo. This idea was popular in ancient cultures before the rise of Christianity. It was popularized by philosopher Friedrich Nietzsche in the 19th century. We can extrapolate from this concept that the cycle of human lives also repeat infinitely in similar ways.

One of the most predominant examples of eternal recurrence in structured belief systems can be found in Buddhism and Hinduism. In these systems, time is viewed as cyclical and reincarnation is extremely important. There is a specific name for the idea in those eastern traditions: The Wheel of Time. Naturally, it was this very concept that inspired author Robert Jordan to write his epic fantasy series The Wheel of Time.

The Wheel of Time Is Built On Eternal Recurrence

In The Wheel of Time books there is an oft-repeated phrase, similar to the one from Battlestar. “The Wheel weaves as the Wheel wills, and we are only the threads of the Pattern.” This epic fantasy series leans hard into the trope of eternal recurrence. In fact, it is the entire basis for the world. In The Wheel of Time, the titular wheel is quite literal. It is described as a “great seven-spoked cosmic loom that weaves the Great Pattern, using the lives of people as threads. It is believed to encompass all worlds and realities into a Pattern of the Ages.”

There is a significant quote from the first book of The Wheel of Time – The Eye of The World – that demonstrates how this trope works in the world.

“As the Wheel of Time turns, places wear many names. Men wear many names, many faces. Different faces, but always the same man. Yet no one knows the Great Pattern the Wheel weaves, or even the Pattern of an Age. We can only watch, and study, and hope.”

In The Wheel of Time, the concept of eternal recurrence is literal. The cycle of the a prophesied hero fighting The Dark One has repeated many times. Each age of the world represents a spoke on the great wheel as it weaves the pattern of fate. Every individual is a thread, many of those threads are stable and fundamental to the overall fabric. Each thread reinforces the strength of the pattern. But there are some individuals (called Ta’Veren) whose threads diverge, and they can create new patterns entirely.

The Matrix And Eternal Recurrence

Eternal recurrence is a trope that is extremely popular in sci-fi & fantasy. In The Matrix, we see it in action with the many cycles of “The One” that have repeated throughout the film’s history. In fact, it is extremely likely that the upcoming fourth Matrix movie will begin a new cycle. From what we’ve seen in the trailer for The Matrix: Resurrections, Neo and Trinity are back and repeating familiar patterns. Many of the shots and characters in the trailer are reminiscent of the very first film. And that is highly intentional.

The Wachowskis have always embedded the idea of eternal recurrence into the mythology of The Matrix. In The Matrix Reloaded, the character of the Architect addresses this idea directly. He tells Neo that he is the sixth version of The One to emerge in The Matrix. Every version of Neo ended up in the exact same spot and situation. They all had very similar reactions to the revelations given by the Architect. In a computer program, the trope of eternal recurrence is similar to running a simulation multiple times in order to achieve the desired result.

Another book turned movie that leans heavily into the concept of eternal recurrence is Cloud Atlas by David Mitchell. Notably, Mitchell also worked on the script for The Matrix: Resurrections with Lana Wachowski. This definitely lends some credence to the idea that the deja vu from the recent trailer is intentional, and all part of the repeating cycles.

Where Else Have We Seen This Idea At Work?

There are many genre books, shows, and movies that incorporate the trope of eternal recurrence as a core part of the premise. In my review of the premiere for the final season of The Good Place, I wrote about how the show was incorporating this idea in a clever way. And of course there is Battlestar Galactica, which is a show that had a highly controversial and philosophical ending that directly tied into the trope of eternal recurrence.

In Battlestar, there was a clear idea that these cycles of human vs. cylon had repeated endlessly throughout history, and would inevitably occur again when humanity creates AI. The trope also shows up in video games like The Legend of Zelda. In that franchise, the cycle of the prophesied hero fighting against the forces of darkness also repeats endlessly.

Most recently, Loki also tackled the concept of eternal recurrence with the many timelines and variants of major characters – namely the trickster god himself. The motto of the TVA: “For all time. Always,” is similar to the mantras repeated in both The Wheel of Time and Battlestar Galactica. (Side note: I just noticed how many of these properties include mantras about the concept of eternal recurrence. This is probably intentional, since mantras are a big part of Buddhism itself.)

Why Is Eternal Recurrence So Popular In Genre? 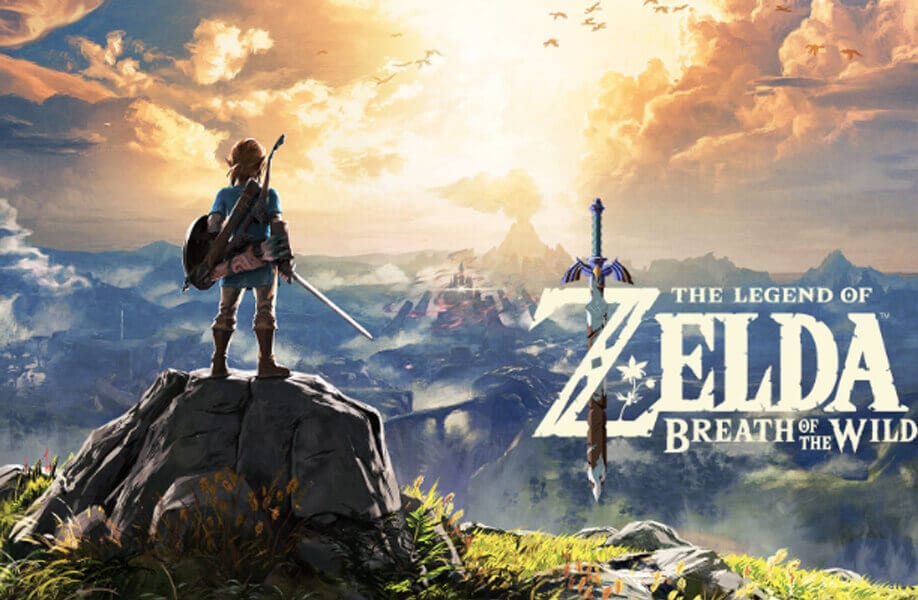 The trope of eternal recurrence often underscores the inevitability of fate in genre storytelling. If the threads of fate have already been woven, then what is the use of fighting against it? This is part of why the concept is so popular in genre fiction and media. It gives the characters a destiny to work towards, or against. It allows for a grand cosmic pattern that all human lives are part of. And it does so without the need for a God or Creator (although many of these stories still include the concept of God(s) who are the ones dictating fate.

The concept of eternal recurrence is inherent in many genre stories, as it provides a strong foundation for storytelling. It is commonly used in conjunction with The Hero’s Journey (another trope we’ll delve into in a future post). Often, these stories tell us that one (or a few select) individual(s) have the capacity to defeat the evil that is constantly arising in a world. When paired with the Buddhist beliefs of reincarnation – called samsara – then we see that each reincarnation of a hero takes them one step closer to enlightenment. And thus achieving the power needed to either break the cycle or end it entirely.

Part of the trope is that in the cycle of eternal recurrence, there is often a world-ending event. This event happens in every cycle, and part of the role of the hero or heroine is to prevent the cataclysm from happening again. This is evident in The Wheel of Time, The Legend of Zelda, and Battlestar Galactica to name a few. Time loops are also inevitably a part of the cycle, as evidenced in Loki.

Why Is This Concept A Trope?

The idea of a trope itself is a type of eternal recurrence. An official definition tells us “the word trope can refer to any type of figure of speech, theme, image, character, or plot element that is used many times.” Eternal recurrence is a theme that necessarily repeats unto infinity as cycles repeat ad nauseum. The idea of a trope has some negative connotations, since tropes are often clichés or lean into stereotypes. (Take a gander at my article about the trope of the Mary-Sue in genre literature and media for an idea of a negative stereotype/cliche that is also a trope.)

However, a trope is not an inherently bad thing. Some might consider tropes harmful to storytelling because they are predictable, or unoriginal. But there are many tropes that can work in unique and innovative ways. Eternal recurrence is one such trope. It has been used to great effect in a number of genre stories to underscore the weight of consequences. Eternal recurrence is one of our favorite tropes because it is commonly used in sci-fi and fantasy. But it can be adapted to tell new and original stories within an existing framework we are already familiar with.

What are some of your favorite stories that rely on the trope of eternal recurrence? Let us know in the comments and be sure to join the conversation with Comic Years on Facebook and Twitter today!